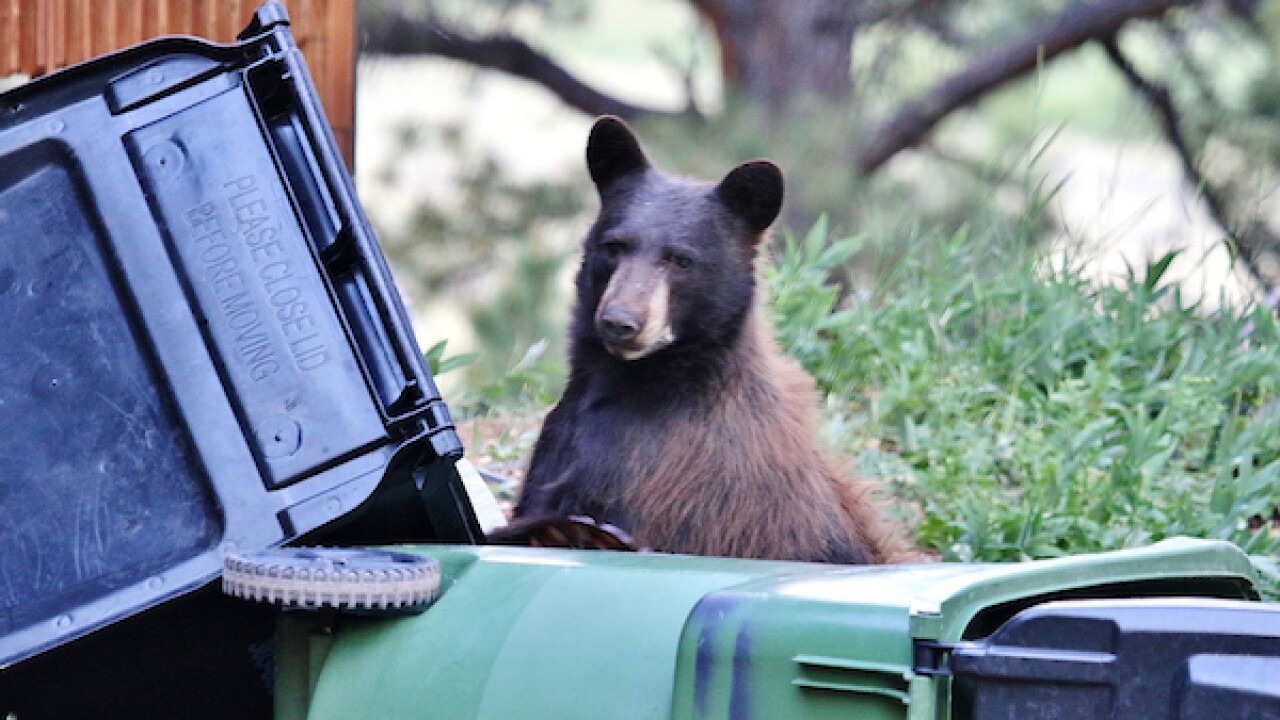 ASPEN, Colo. – A bear who bit a restaurant manager in Aspen last weekend was euthanized this week for fear it could attack again, Colorado Parks and Wildlife officials said Friday.

The bear was found Monday on the second-story balcony of a business about a block from where the attack occurred. The bear bit a restaurant manager who was trying to scare the animal out of a trash bin last Sunday.

It’s been the third reported attack in Aspen in the past three months.

With the help of Aspen police, CPW was able to track the bear after getting a report of the large animal wandering in the same area of Sunday’s attack. The bear was darted and moved to a CPW office where it was euthanized, officials said in a news release.

They also said they were able to determine the bear they caught was the one responsible in Sunday’s attack from descriptions provided by the victim and from witness accounts the evening of the attack.

Measurements of the bear’s teeth also matched those of the bite wounds sustained by the restaurant manager. Additionally, the bear’s proximity to where the attack occurred “contributed to the officers’ confidence that the right bear was located,” officials said.

A necropsy revealed the male bear, which weighed about 400 pounds, was in good health and also tested negative for rabies.

Wildlife Manager Matt Yamashita said the bear “was clearly a serious threat to people” because of its size, the fact that it had attacked a person, and because it kept roaming the area and showed little fear of humans.

"A bear this size and unafraid of humans could have easily killed a person with little effort," said Yamashita. "It's unfortunate this bear had to die for this reason, especially when you consider it was totally preventable. Based on our experience, there was no chance this bear could be rehabilitated after it bit a person."

DNA test results received late Thursday confirmed the bear that was killed by CPW was the same bear that bit the restaurant manager, the release states.

Two other bears that were found in town but that did not match the description were hazed but not captured.

A busy bear season in Aspen

In addition to the three attacks on humans over the summer, calls to 911 reporting bear encounters have varied between five and 20 a day since mid-June, according to CPW officials.

At least two of three of those daily calls involve bears going into homes or attempting to break in, they said. For every call, there may be up to two or three incidents that go unreported each day, they added.

They also warned that bear activity is just getting started.

“In response to the approaching change of seasons, bears are entering into a state of hyperphagia, an instinctive, metabolic change resulting in an almost constant feeding frenzy as the bears prepare for winter hibernation,” officials said in the release.

That constant feeding frenzy might not be sated with natural foods, which is why bears will roam into human-populated areas in search for a snack.

CPW officials said that unless residents take stronger measures to protect themselves, they fear it is only a matter of time before someone is seriously injured or killed.

"This is not sustainable," Yamashita said. "This is in no way a normal, acceptable situation. Yes, the habitat around Aspen is perfect for bears, but that should not be an excuse to let them feed out of your dumpster, your trash can or your pantry. Consider this a warning - people need to understand how serious and dangerous this is, accept their responsibility, then take action immediately."