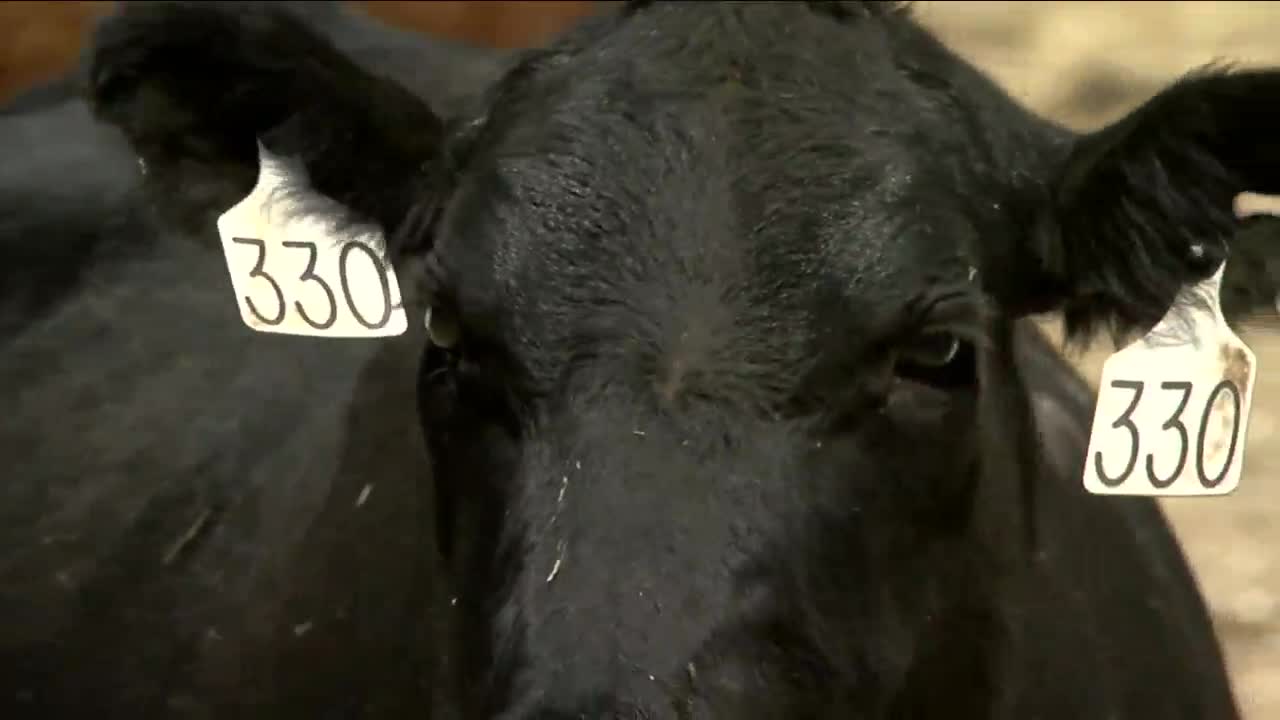 COVID-19 has impacted nearly every aspect of our lives and the cattle industry is taking a big hit. Denver7's Adi Guajardo has more. 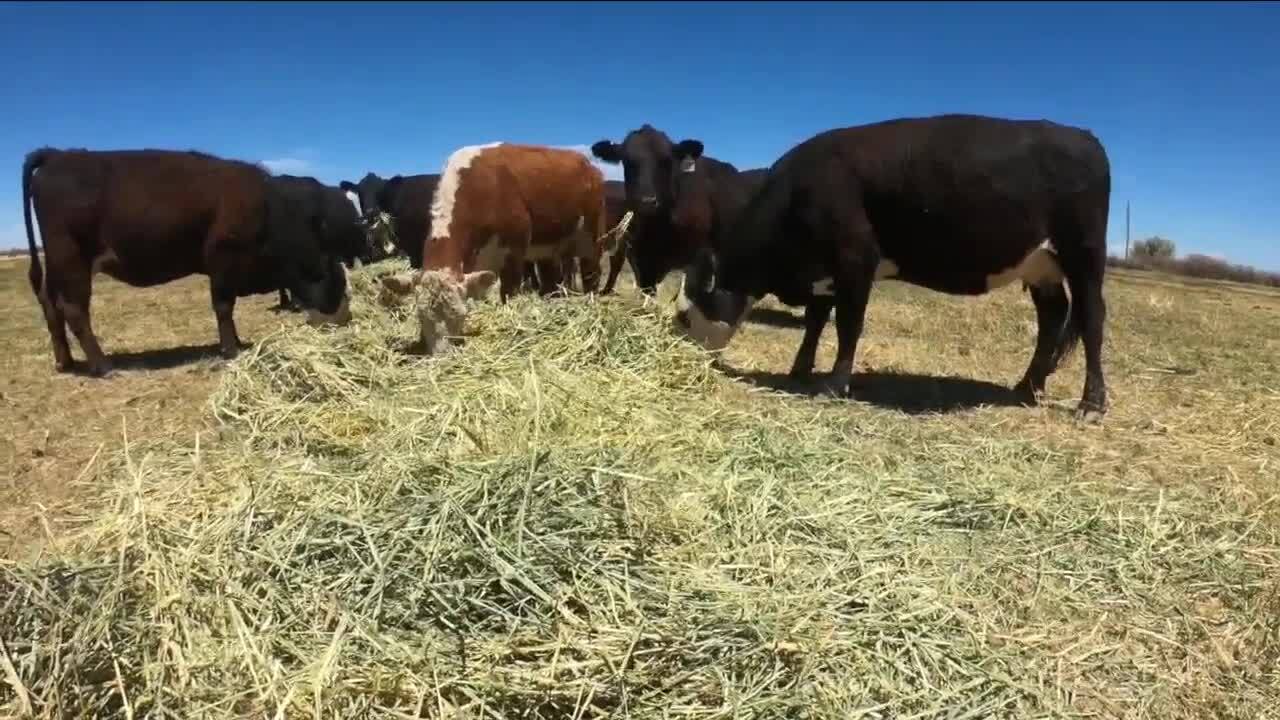 CONEJOS COUNTY, Colo. — The prices of beef at the grocery store are going up, but the pockets of cow-calf producers are getting lighter.

According to the National Cattlemen's Beef Association, the cattle industry will lose an estimated $13.6 billion in revenue due to the coronavirus.

The Paycheck Protection Program and a new USDA Food Assistance Program is offering relief to farmers and ranchers, but only time will tell if the assistance will be enough to keep farms afloat.

James Henderson, a farmer and a cow-calf producer, took over his mother's farm in Conejos County in 2007. It's been in the family for five generations.

"My family has been farming this same ground since 1882, so we are coming up on our 138th anniversary," Henderson said.

His earliest memories on the farm date back to when he was 5 years old.

He said the farm means everything to him.

He is a husband and father of four. He works from sunrise and past sunset, seven days a week.

"These cows still have to eat every day," he said.

Horse saddles and family pictures showcasing a linage of farmers fill Henderson's mother's home. The memories are priceless, but the profits are getting thin.

"We're at the lowest prices that we've had for cattle in the last 10 years," Henderson said.

The drought and COVID-19 have only deepened the problems farmers face.

"Anything under $900 would just wipe us out, per calf," Henderson said. "We were tiptoeing with that in March."

The sleepless nights and worry are far from over.

A study released in April shows cow-calf producers like Henderson will experience the most significant losses. Nationally, the industry is expected to see revenue losses totaling $3.7 billion in 2020 due to the pandemic, according to the National Cattlemen's Beef Association.

Henderson took advantage of the Paycheck Protection Program to keep his employees on the payroll and plans to apply for relief from the USDA, but it's done little to calm his nerves. He isn't sure what the market will look like at the end of the year.

"The biggest fear is that we get to January and it's time to sell the calves and the value just isn't there," he said. "I have neighbors that are just hanging on that edge."

The cattle industry in Colorado is worth more than $4 billion.

"Maybe $200 less ... a head and that is enough to move into a negative profitability area," he said.

In May, President Trump signed an executive order to keep meatpacking plans open during the pandemic.

"We know the demand is there — that's what's driving some of that price. Yet the processors aren't paying or passing that demand that they are seeing onto the individuals at the feedlot," Fankhauser said.

Henderson sells his cattle to feeding lots and says if they don't get paid by the meatpacking plants, it hurts his pocket.

"It makes it emotionally wrenching to know that that very important piece of you may be in jeopardy," Henderson said.

Henderson and his wife, Kiley Henderson, grew up on a farm and want to someday pass the tradition onto their children.

"We love to have our kids out here on the farm with us," she said.

Henderson says if the cow-calf prices don't go back up, he's not sure how long he will be able to hang on to the farm.

"The future for us is really uncertain right now because of the meatpacking closures, the decline in value of our cattle and just not knowing if the demand is going to come back," Henderson said. "The biggest thing that is concerning to me is when we lose farms in Colorado right now — they are gone forever."

Henderson says the best way to keep local farms in operation is by purchasing local beef.