Couple out $300 after scammer sold them bogus Opening Day tickets, mocked them via text 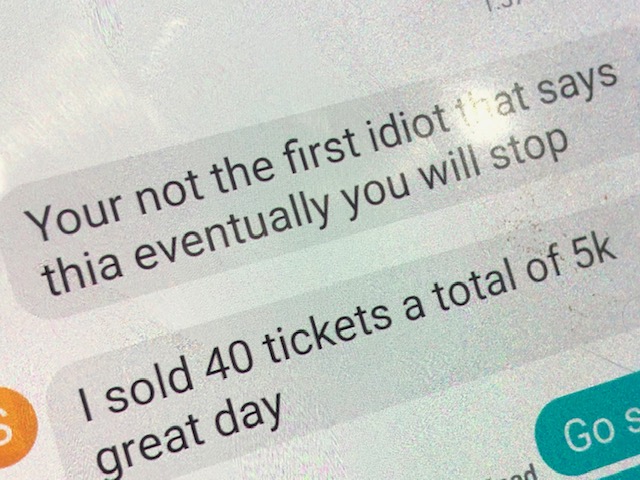 Couple out $300 after scammer sold them bogus opening day tickets, mocked them via text 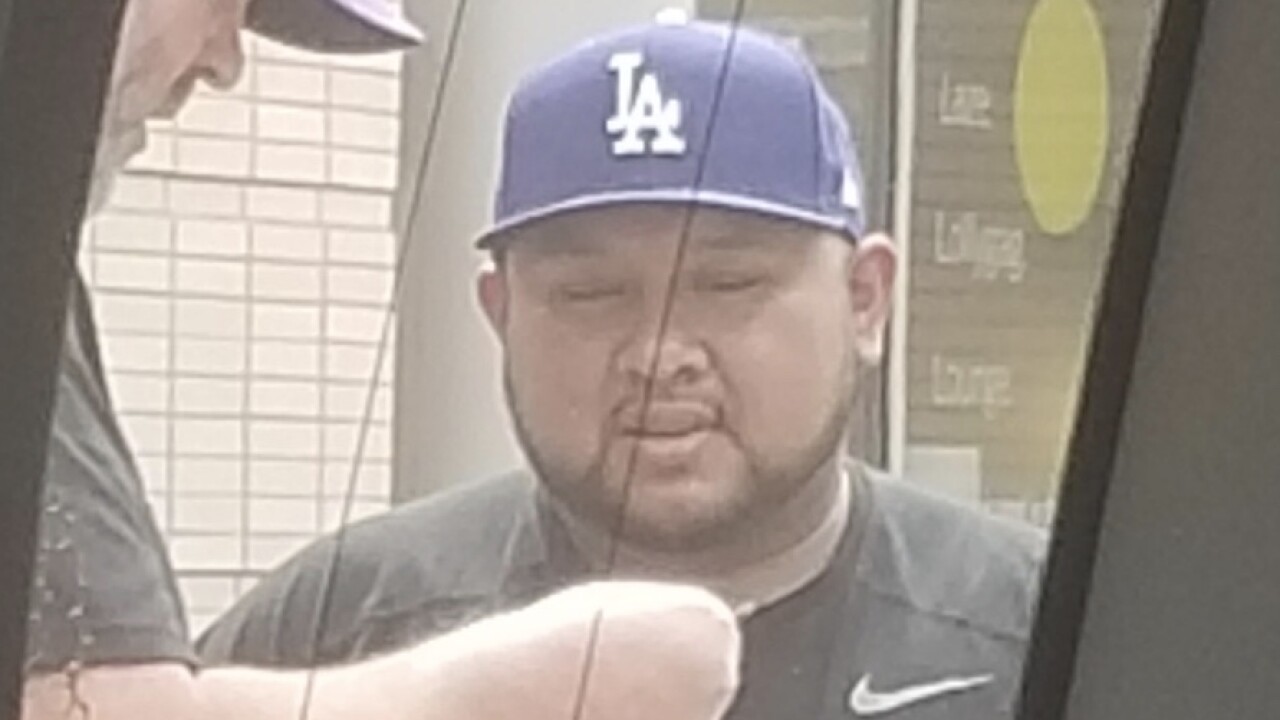 DENVER -- A Boulder County couple said they're out $300 after purchasing what turned out to be bogus tickets for Opening Day at Coors Field.

Jamie Cress said she and her husband have attended nearly every Opening Day for the last ten years.

"We weren't going to go this year because money is tight," she said. "But the other night, when I couldn't sleep, I started searching websites (for tickets) and said, 'Let's just look at Craigslist. There's nothing wrong with Craigslist."

She found four tickets for sale.

"I was super excited," she said.

Cress said she texted the seller and told him they were on a budget.

The Boulder County couple decided to meet the seller near the Nordstrom store at Cherry Creek.

"We thought we were taking all the precautions," she said. "We got a picture of his driver's license and saw that it was a hard ticket. We looked at the numbers on the back. They were Ticket Master tickets and they were in sequential order, and had the 'face value' printed on them."

Cress said she snapped a photo of the seller while her husband was making the purchase "because she had a gut feeling."

Once the couple arrived at Coors Field, they walked up to their gate and held the tickets up to the attendant's scanner.

"I got this sinking feeling," Cress said. "It said, 'scan not found.' I was like, 'Oh gosh.' The attendant scanned them again and again. My husband and I just looked at each other."

Turns out the tickets were bogus.

While Mr. Cress walked over to customer service to buy more tickets, Jamie texted the seller and asked for her money back.

Initially he replied, "lmao," then added, "Thanks for your donation to kids with cancer."

When Cress texted that she was going to go after him and wouldn't stop until she got her money back, he called her an idiot and said eventually she would stop.

"Then he had the nerve to say he sold 40 tickets and made $5,000 off Coloradans for Opening Day," she said. "That made me even more mad."

Cress shared a photo of the driver's license that the seller showed them, during the transaction.

It was issued in California.

Contact7 checked the address listed on the license and found that it lists to a storage unit on Atlantic Avenue in Compton, California.

She said she intended to share the text messages with investigators, as well as the photo of the man who sold them the tickets.

Contac7 reached out to the seller via the phone number that was listed on the Craigslist ad.

So far, the seller has not replied to our phone or text messages.

Contact7 also reached out to the Colorado Rockies to ask how many people showed up on Opening Day with bogus tickets.

A spokesman would only say that one couple came to customer service with two fake tickets.

He said the Rockies recommend that fans purchase tickets at Rockies.com or through Stubhub, MLB/Rockies preferred secondary partner.