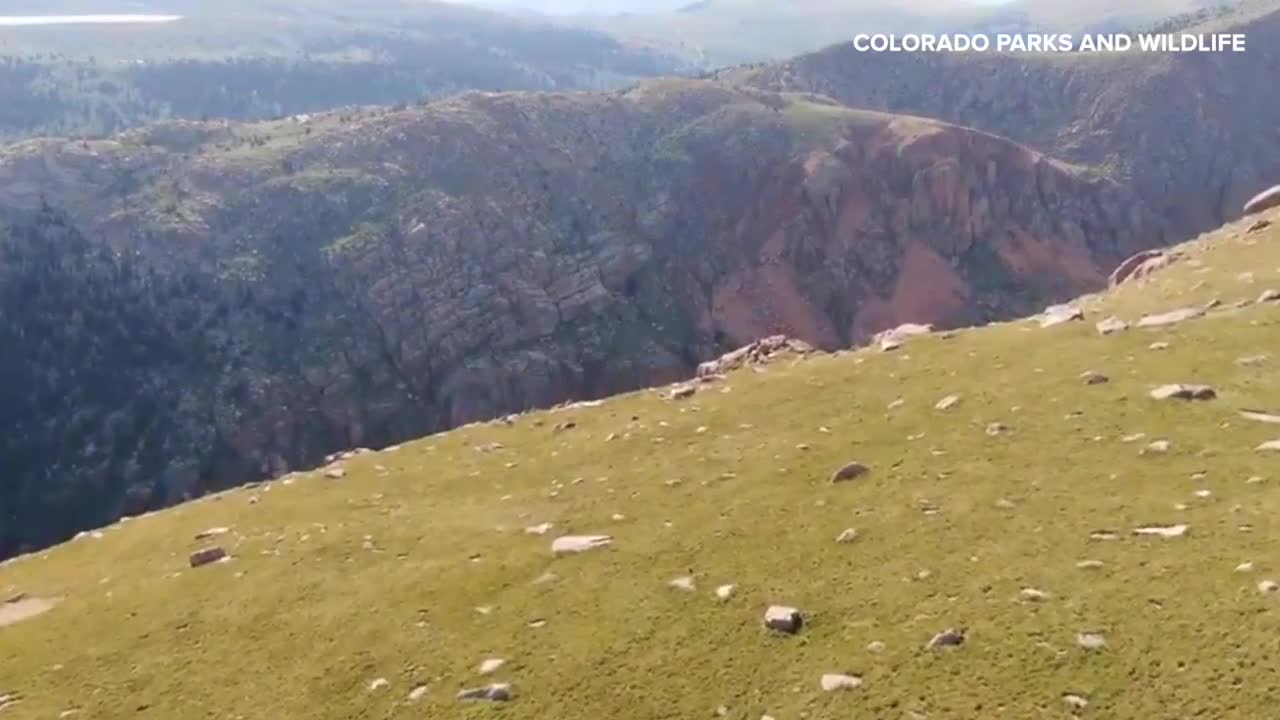 It was the first time CPW staff took a drone up Pikes Peak to survey the bighorn sheep. 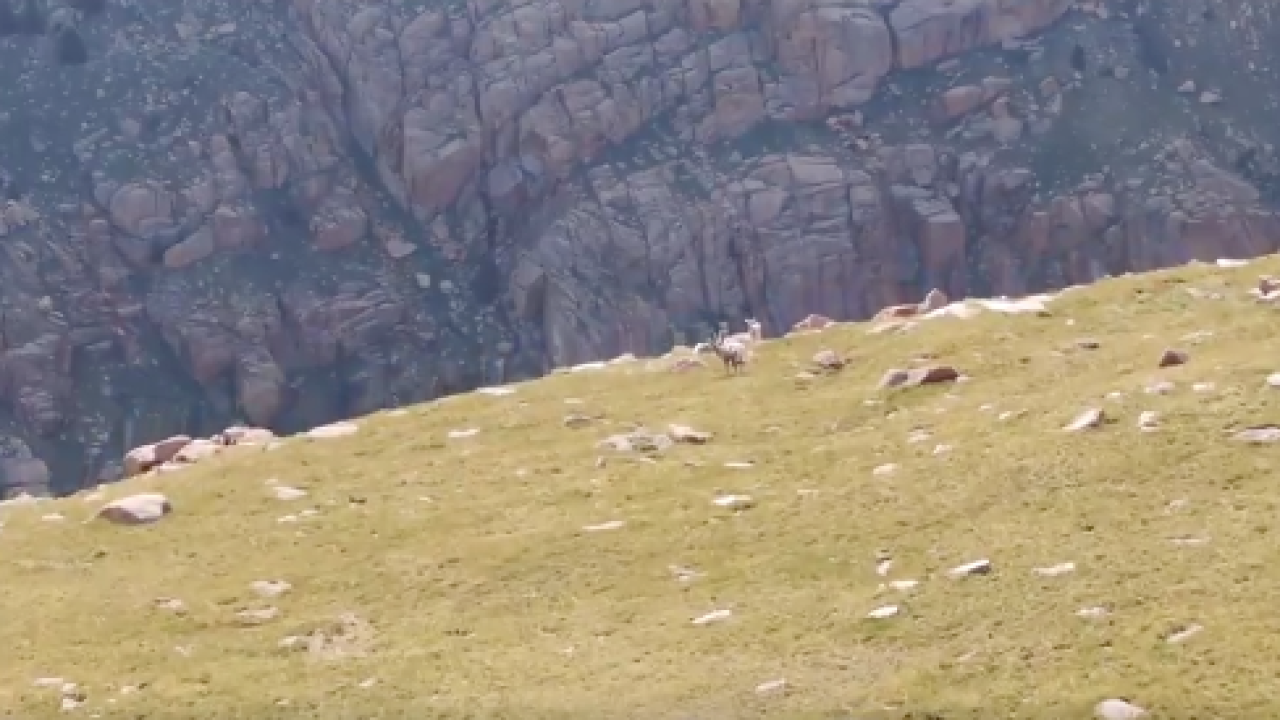 DENVER – It's that time of year: Colorado Parks and Wildlife is conducting a survey of bighorn sheep, and that means seeking out ewes, lambs and rams, even if they're located in precarious positions.

That's where a drone can help.

This week, the CPW Southeast Region's staff used a drone to get a good look at a herd of bighorn sheep along the Devil's Playground on Pikes Peak, where the steep sides of the mountain make it difficult to access by foot.

It was the first time the CPW staff deployed a drone on Pikes Peak for the twice-a-year survey, according to Southeast Region spokesman Bill Vogrin. The drone was designed for high-altitude, Vogrin said, and was equipped with high-altitude propellors.

And the sheep responded well.

"We were pleasantly surprised the drone did not spook the sheep terribly," Vogrin said in an email. "Initially, we saw a reaction but we believe it was due to our staff being present as much as the drone flying overhead."

The sheep, as the footage shows, have no trouble scaling the rocky terrain and are known to be skittish. They seemed to notice the drone at first, and scattered but soon returned to business as usual.

Fly w/@COParksWildlife drone as it spots a herd of bighorn sheep on Pikes Peak Wednesday. How many do you count? Rams? Ewes? Lambs? How is each sheep's health? These are questions our staff answers as they survey. (There are 12 & 1 lamb a broken leg) #wildlife #conservation 2/2 pic.twitter.com/t7ZBH8ZVUG

One last clip from today's @COParksWildlife drone flight on Pikes Peak to survey bighorn sheep. These nine seem oblivious to the drone after initially moving away. They are on Devil's Playground. Beaver Creek meanders in the valley below. #wildlife #conservation pic.twitter.com/1e2fWs1B7w

The CPW staff surveys bighorn sheep once in the summer and once in the winter. And they're not just counting the sheep – they're monitoring their health, the ram-to-ewe ratio and how many lambs survive their first six months. CPW officials were encouraged by the numbers they've seen on Pikes Peak as they've surveyed the sheep over the last two weeks, Vogrin said. The entire herd on the mountain is now around 140 sheep, an average size compared to herds across the state.

But the Pikes Peak bighorn sheep are special, Vogrin said, because they're entirely native to Colorado.

"CPW places a high value on native bighorn sheep herds," Vogrin said, "and biologists believe the Pikes Peak herd has never been augmented through transplants, as have other herds around the state."

The surveys are part of the agency's ongoing management of the bighorn sheep, which had nearly gone extinct in the late 1800s as a result of disease and unregulated hunting.

The state captured a herd near the Tarryall Reservoir in 1944 and used the sheep to re-establish herd across the state. Today, about 7,000 bighorn sheep live in Colorado, according to CPW estimates.