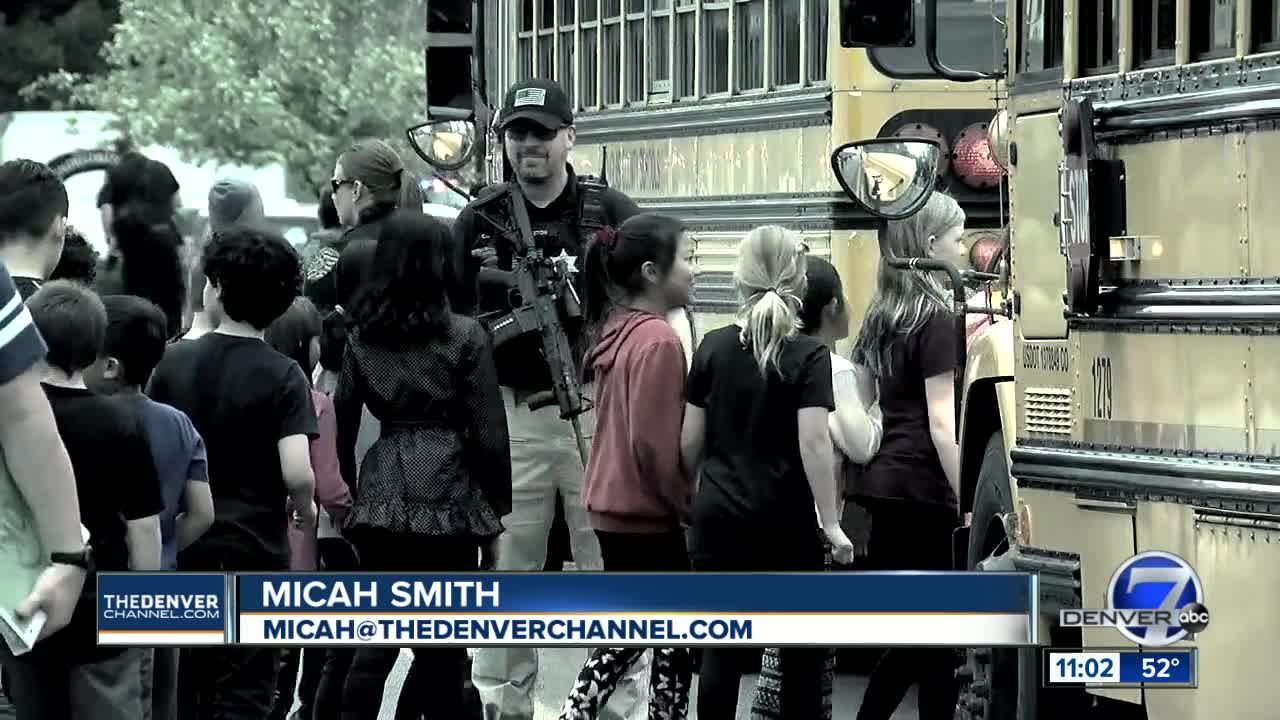 Two weeks before Denver voters decide who will represent their district on Denver Public Schools' Board of Education, one candidate has voiced his support for a school safety plan that would remove armed law enforcement officers from school buildings.

DENVER — Two weeks before Denver voters decide who will represent their district on Denver Public Schools Board of Education, one candidate has voiced his support for a school safety plan that would remove armed law enforcement officers from school buildings.

Denver Public Schools At-Large School Board Candidate Tay Anderson told Denver7 he thinks funding for school resource officers, or SROs, should end, and the funds should be used to hire more mental health counselors instead.

Anderson said he first learned about the idea through the organization Padres & Jovenes Unidos, a parent and youth organization that’s pushing for educational equity and racial justice in schools.

As a Restorative Justice Coordinator for DPS, Anderson said he has talked to dozens of students who support removing SROs and replacing them with counselors.

“I’m hearing directly from kids that they think that their school resource officer has good intentions and that they’re good people however, they do not believe that they are serving the student’s well-being in the building,” said Anderson.

One of Anderson’s opponents for the at-large school board seat, Natela Manuntseva, told Denver7 she agrees with increasing mental health resources for students but disagrees with removing SROs completely.

“I think SROs have a tremendous amount of amount of work that they do within the schools and they’re not just police officers in schools — they are mentors, they are therapists, they are counselors,” she said.

Instead, Manuntseva said each school’s safety and mental health needs should be examined individually.

“It should definitely be a case-by-case basis where we take a look at SROs and see what their role is,” she said.

Denver Police Department Division Chief Ron Thomas, who is also the head of the school resource officer program, told Denver7 that SROs have many roles within schools and they often work with mental health counselors.

Thomas said DPS currently has 18 officers in 18 schools, but removing those officers would not give the district a big boost in funding for mental health counselors.

“I certainly think that mental health is important but what I think is maybe misunderstood is that the school district already pays $30 million for mental health and the budget for the school resource officers is only $700,000,” he said.

But Anderson said funding is small piece of a much bigger issue.

“I want to make sure that our students feel like we are dismantling the school-to-prison pipeline and that we’re taking real steps to do so by taking that contract and diverting that to mental health supports," he said.

The Denver Public Schools Board of Education election is Tuesday, Nov. 5.