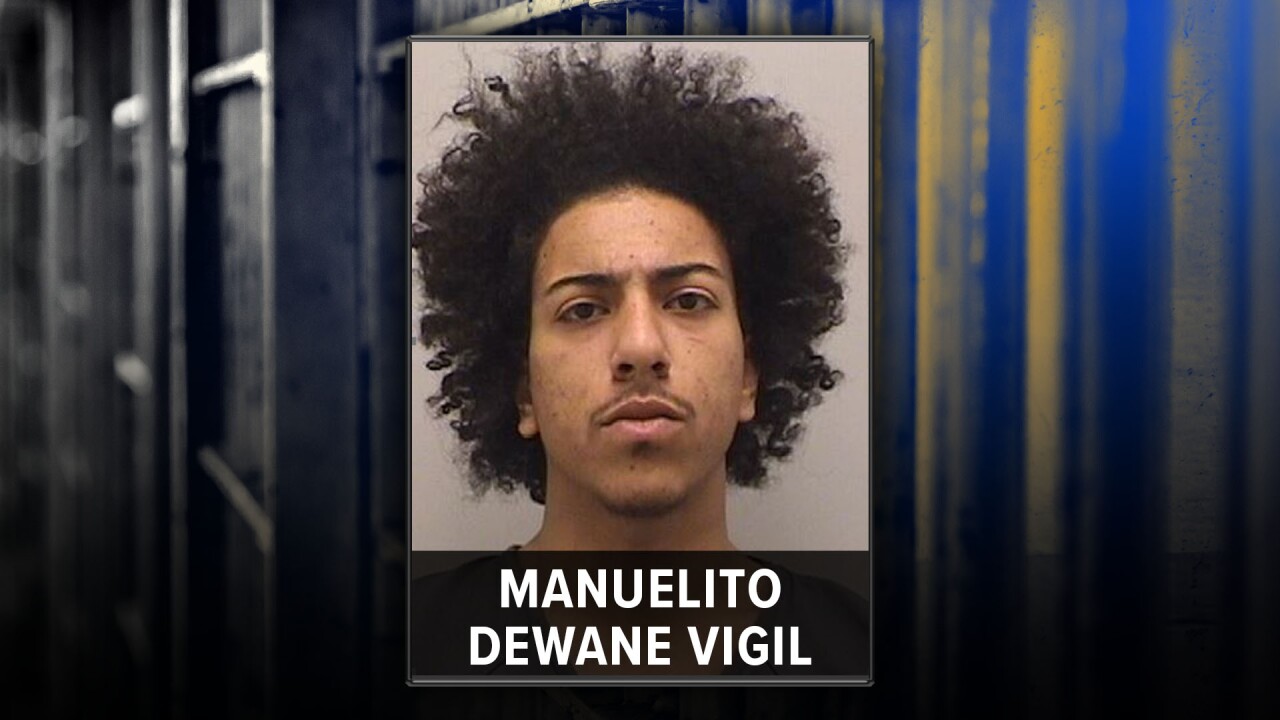 DENVER — A 22-year-old man was sentenced to 10 years in prison after opening fire as deputies investigated possible thefts from cars in a Highlands Ranch neighborhood.

A Douglas County district court judge sentenced convicted felon Manuelito Dewane Vigil, of Denver, to the maximum amount of time in prison under a plea agreement on Jan. 2, 2020.

The crime happened on Jan. 27, 2019. Douglas County Sheriff’s Office deputies responded to an early morning report of a man in a gray van trying to break into vehicles near Freeport Drive in Highlands Ranch. When a deputy located the van, the driver fled and turned off the car's headlights, according to the sheriff’s office.

The deputy shared the suspect's location and another deputy found the van. The second deputy reported that he saw the suspect vehicle coming toward him at a high rate of speed without headlights. Once the vehicle passed him, the deputy made a U-turn to follow, at which point he heard two gunshots, according to the sheriff's office. Authorities could not find the suspect, but did recover shell casings from the scene.

Authorities determined the van — a Chrysler Pacifica — had been stolen. It was found on Jan. 30 in Commerce City.

In Vigil's home, authorities found seven firearms, a ballistic vest and a mask. They also discovered ammunition that matched the shell casings found at the scene and more than 200 pieces of stolen mail.

At the time of the crime, Vigil had been on a failed probation in a deferred judgment in a Weld County felony case and was on bond out of Arapahoe County.

Vigil pleaded guilty to aggravated motor vehicle theft, possession of a weapon by a previous offender with a prior burglary conviction, vehicular eluding, first-degree auto trespass, violation of bail bond conditions, second-degree burglary and felony menacing. Other counts were dismissed as part of the plea deal.

“We asked the judge to send a message that it is unacceptable to commit these crimes in Douglas County and to shoot at one of our deputies in order to get away. And the judge did just that – you do not get to come to Douglas County, terrorize our citizens, commit numerous offenses, carry and fire a weapon as a convicted felon and get away with it,” said Deputy District Attorney Zoe Laird, who prosecuted the case. “The defendant is now in prison, where his own actions put him.”