Construction gets underway at DIA for its major renovation project 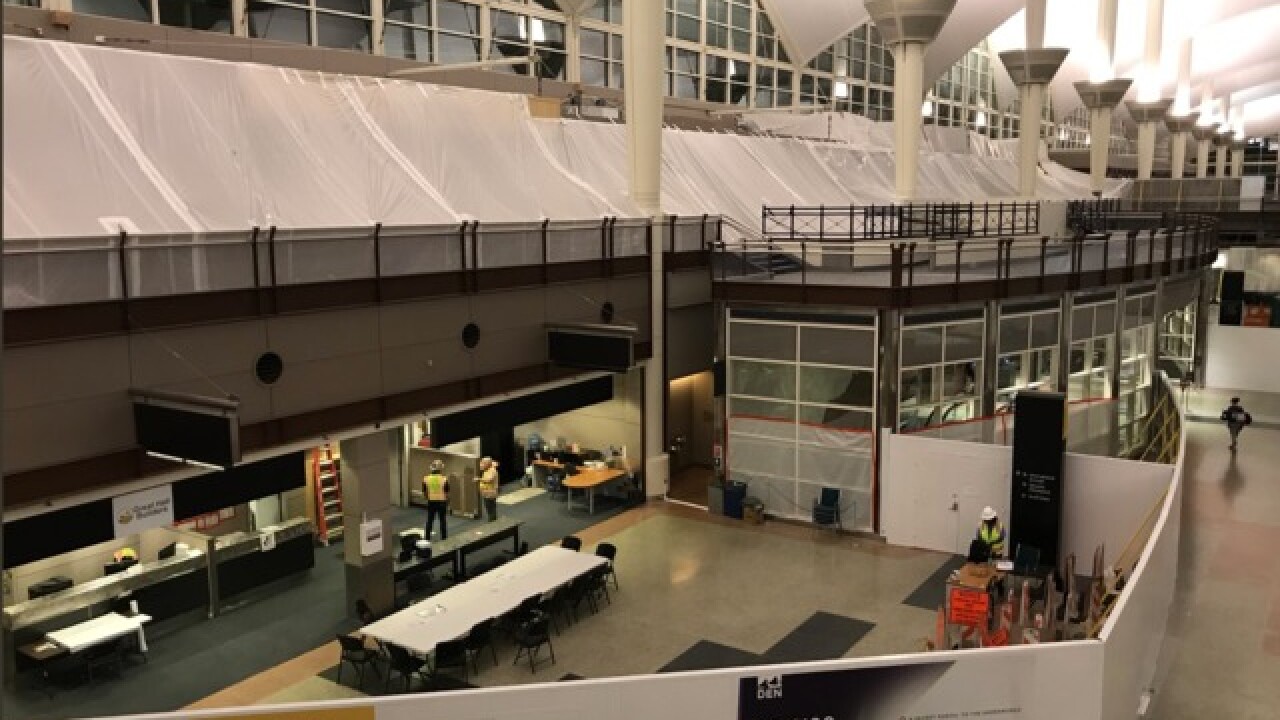 Copyright 2018 Scripps Media, Inc. All rights reserved. This material may not be published, broadcast, rewritten, or redistributed.
<p>Construction crews are beginning to demolish the center section of DIA as a major renovation project gets underway.</p> 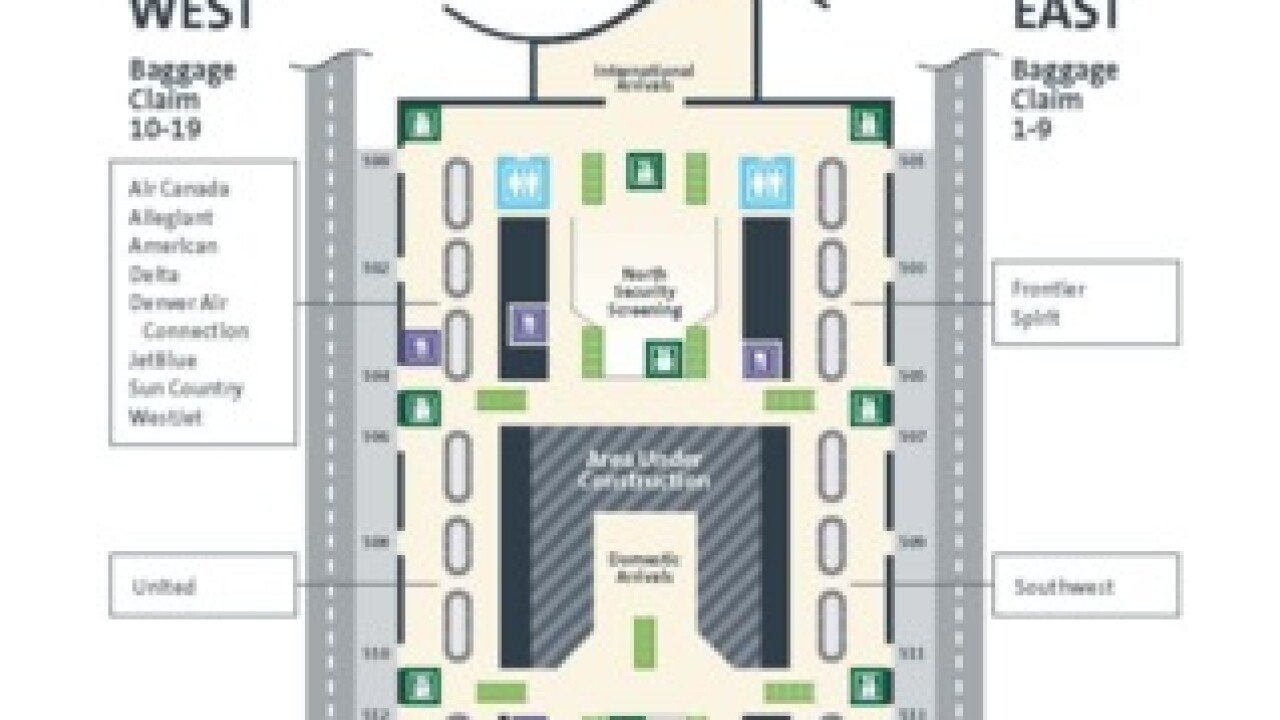 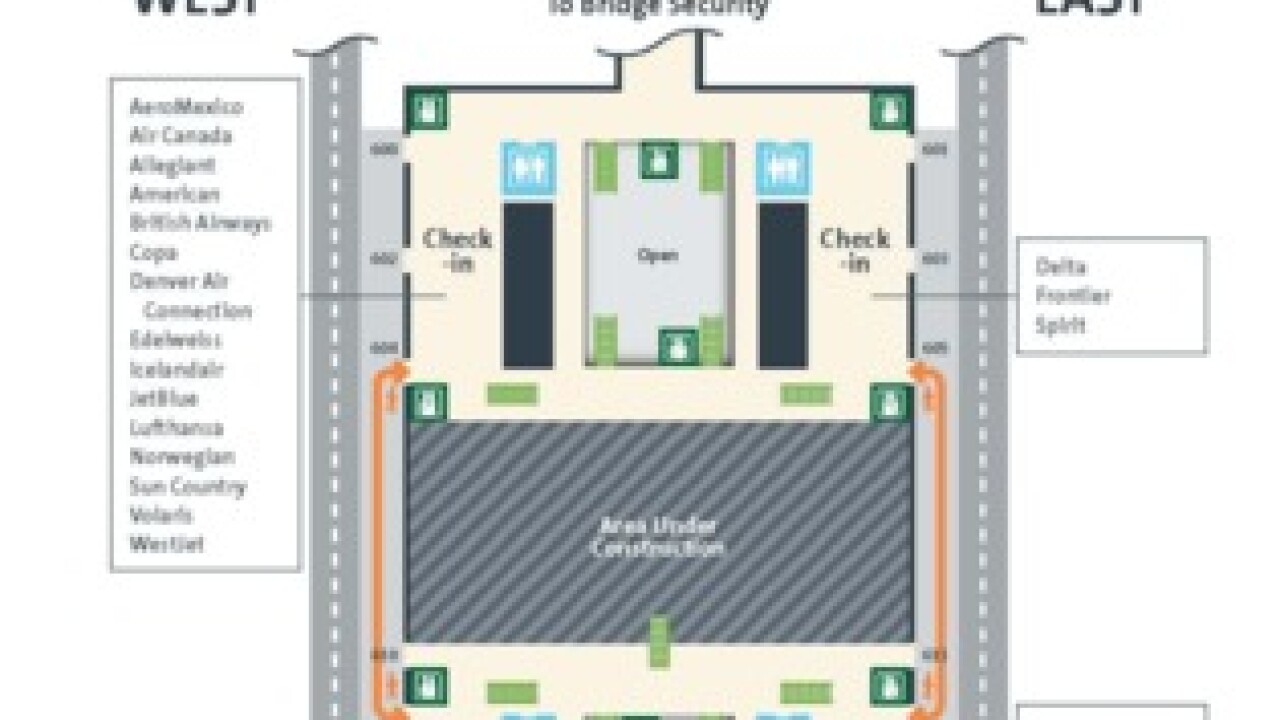 The $1.8-billion great hall reconstruction project will completely reconfigure the layout for the airport, from ticketing to security and beyond.

“It’s very exciting but it means that overnight if you’re here at the airport or if you’re getting in early or leaving early, you might hear some loud construction noises and that is just the demolition that we have to do to move forward with the project,” said Emily Williams, spokesperson for DIA.

Construction will last until 2021 and will happen in phases. The first phase has blocked off most of the center section of the airport, which can make it a hassle to get from the north to the south gates.

“The good news is that the phase that we're in now for construction is probably going to be the most disruptive to passengers and that will be wrapping up with the next year,” Williams said.

Right now, however, there is no way to get from the north security to the south security on level six, which is where passengers check in.

There are two ways to get from north to south currently. The first is to exit the airport on the sixth level, walk around the construction and then reenter the airport.

The second way is to go down to level five, walk through the baggage claim and then go back up to level six to check in. However, the best way to avoid the chaos is to simply get dropped off at the right airline check in.

“You really pay attention to the signs that are outside on the curb that tell you where your airline is. If you follow those science right to your airline you’re going to be in the best shape,” Williams said.

If you get lost, DIA will have plenty of ambassadors walking around and helping get passengers to the right place, Williams said.

Another change that has already happened: Most of the restaurants in the great hall itself are closed off.

“We do recommend though if you’re traveling, get through security and then grab a bite once you’re out on the concourse,” Williams said.

Next year, phase two of the construction will begin and travelers will start seeing new ticket counters. But the biggest move will happen in 2020 when the security screening will move up one level.

For more information on all of the changes happening at DIA, click here .