Concrete from patched hole on I-76 bridge falls to road below, nearly strikes passing car 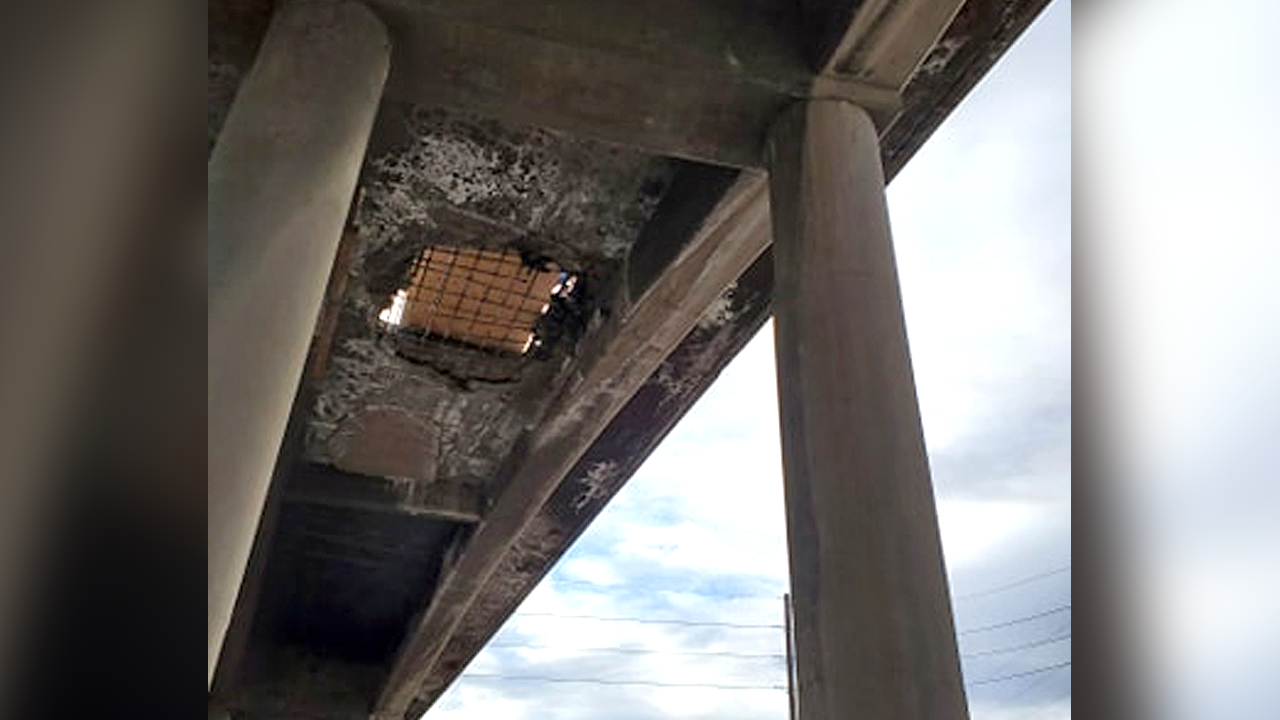 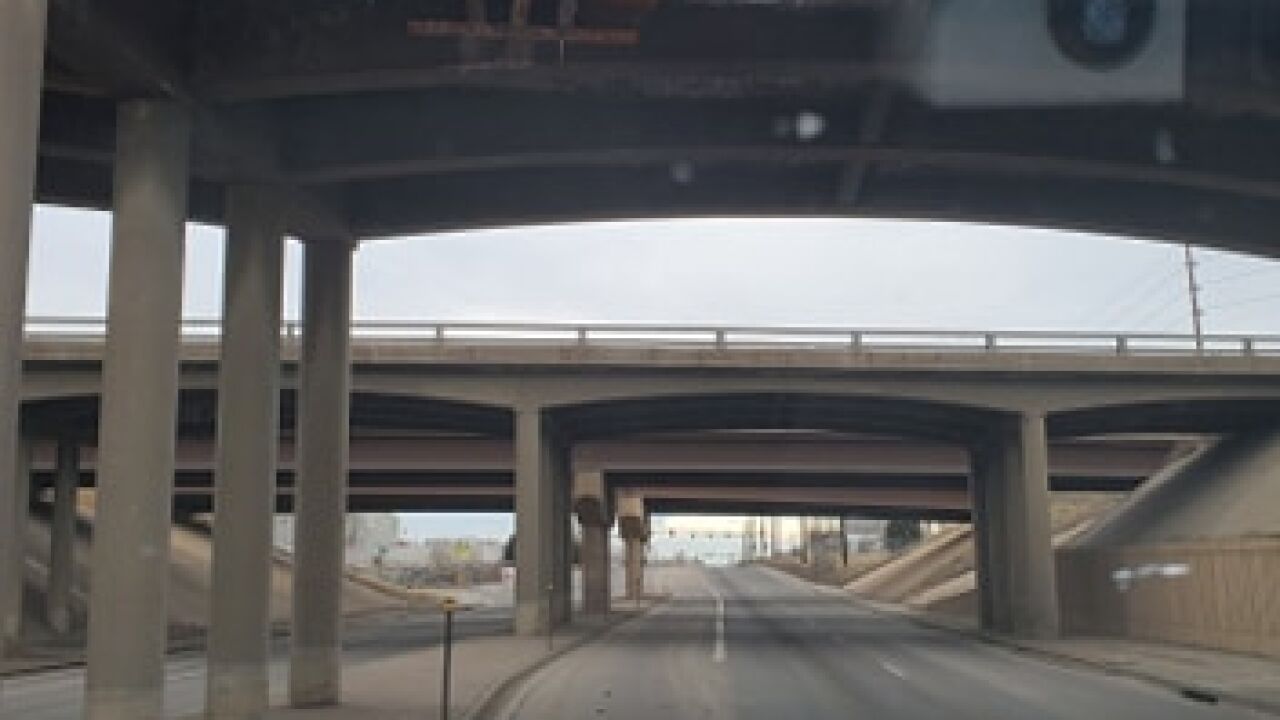 ADAMS COUNTY, Colo. — A large hole patched from a previous repair job on an Interstate 76 bridge over York Street in Adams County began expanding Saturday, sending chunks of concrete to the road surface below and nearly hitting a passing vehicle.

On Saturday evening, crews with the Colorado Department of Transportation shut down the westbound lanes of the interstate between Exit 8 and Exit 6 to perform emergency repairs.

RJ Trimpe was driving on York Street at the time and told Denver7 that falling concrete almost struck his work truck. He said he called 911 to report the damage soon after.

The hole on the westbound bridge appears to have been previously repaired, according to a Google Street View image from 2018. The repair work may have been done in August of 2013 after CDOT tweeted at the time about a sinkhole opening up in the westbound lanes on the same bridge.

Crews said Saturday’s repair work should be complete sometime after midnight, and the lanes will reopen.