Concerned about growth, some Elizabeth residents seek to recall mayor, town board 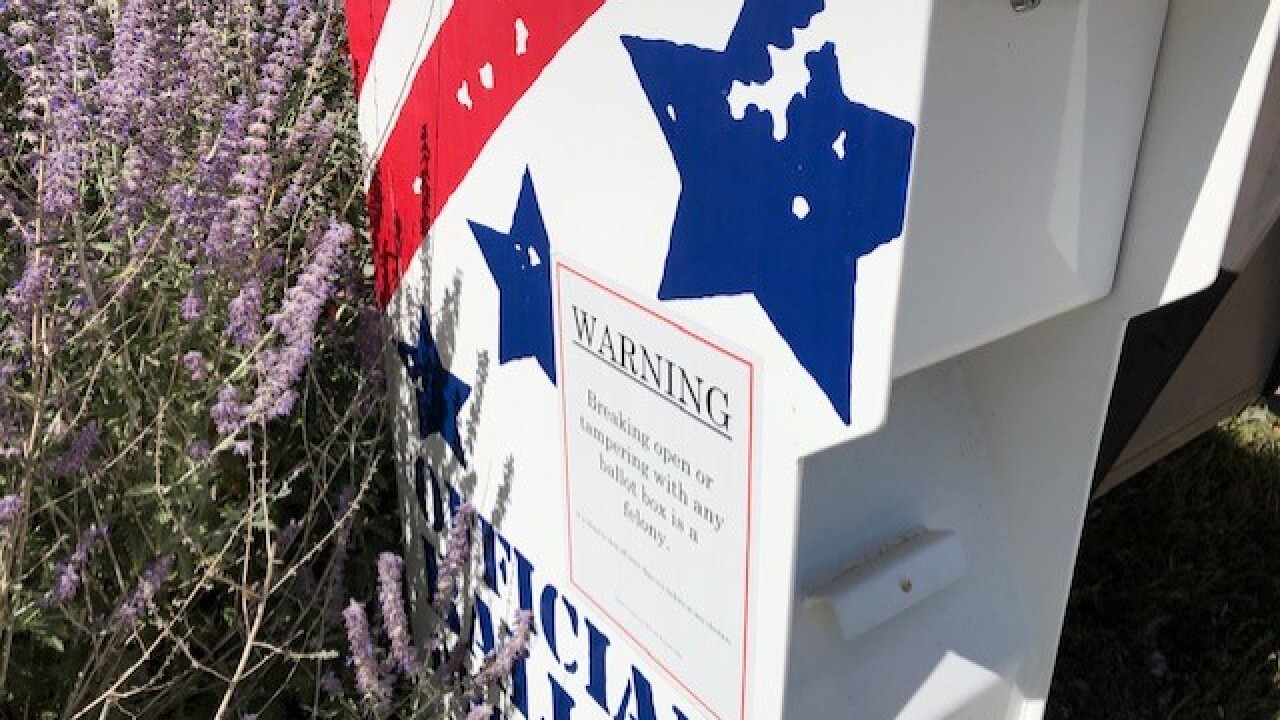 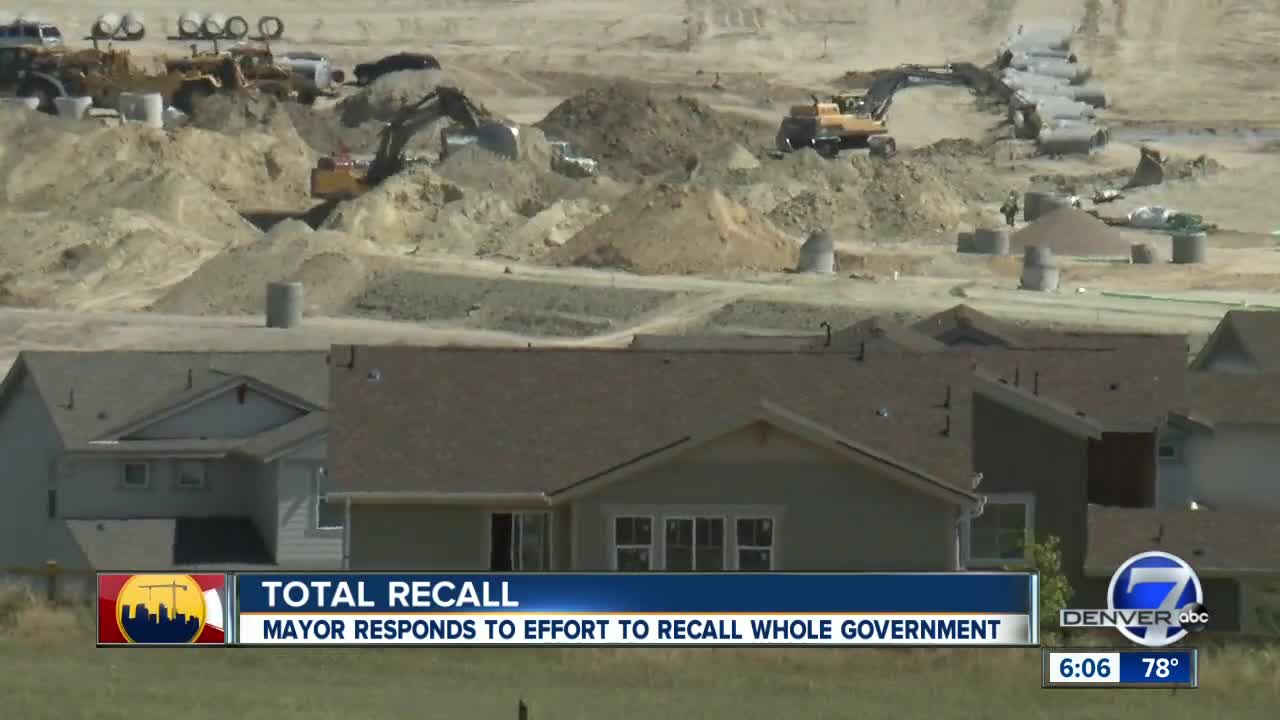 ELIZABETH, Colo. -- Growth is closing in on Elizabeth and some residents find that alarming.

Several have signed petitions seeking to recall the mayor and the entire Board of Trustees, blaming them for the growth pressure.

"Growth is bearing down on us from all sides," said Mayor Megan Vasquez. "It's coming from Parker, Castle Rock and other areas."

She said the town will be much better off if it plans for growth than if it doesn't.

"It should be responsible," she said, explaining that means that single-family homes, multi-family homes and industry would be allowed, by zoning, where they are appropriate.

Vasquez acknowledged that some residents don't want to see any growth, but she said some is needed to pay for services, "whether it's an emergency room or doctor's facility, places for our senior citizens, or places for our youth." She also mentioned the lack of a recreation center.

Vasquez said she and the town board recently began updating the town's comprehensive plan, which outlines the community's vision for transportation, utilities, land use, recreation and housing.

She said the current plan, which was drawn up in 2008, estimated that Elizabeth's population would be 16,000 by now.

"That didn't happen for a number of reasons, mainly the recession," she said.

But she said growth is happening in a large swath of Western Elbert County and that it's coming to Elizabeth, whether people want it to happen or not.

"People have a right to do what they want with their property," she said.

The mayor said she believes there is a misunderstanding about the need for an updated comprehensive plan.

"Some people believe it's set in stone," she said, and that all that growth will happen overnight. But it won't, she said.

Elizabeth resident Dwayne Snader, who has lived just north of that rural community since 2016, formed a group called, "We Are Not Parker."

Group members have launched a recall of the entire board, saying their voices aren't being heard.

"We have a rubber stamp mayor and board of trustees when it comes to pleasing developers with reckless annexations and approvals for anything big money wants," the group posted on its website.

The Town Clerk has until Monday, Sept. 23, to verify if enough valid signatures have been turned in to mandate a recall election.

If there are enough signatures, the election must be held within 30 to 90 days.

Mayor Vasquez said she's "disappointed and a little frustrated," with the recall.

"Many of the people who are trying to recall us have not been involved in coming to meetings, previous to what is going on now," she said.

She acknowledges that a presentation given on Aug. 21 did not address growing concerns and questions at large, nor did it give residents an opportunity to have their voices heard.

In a letter to the citizens of Elizabeth, she wrote: "The board and I hear you loud and clear: We are not Parker. We are in fact, Elizabeth, a community that is filled with citizens who have a deep love and passion for maintaining the character of what Elizabeth is and what it will become."

She also wrote: "Our goal as elected officials is to properly plan and have a vision if growth proceeds. With this board, there has never been and will never be the intent to forcibly annex one's land or water against their wishes."

Town Administrator Matt Cohrs said residents have every right to recall elected leaders, but he said an election is already scheduled to be held for open seats on the board in April.

He said if there is a recall of the total board, that means there will be two elections within six months.

Mayor Vasquez said each election will cost a minimum of $5,300 plus attorney fees and staff time.

Cohrs said a new board would have to deal with the same issues, transportation, growth and infrastructure.

He said you have more control if you plan for growth, than if you just "wing it."

When asked for an example, he gave an analogy.

"If your car is making a noise, and you ignore it, it's probably not going to go away," he said. "And then you say, 'I'm hoping that expense will only be $500.' With Murphy's Law, that will likely be $1,000. If we don't plan for what we see a couple of scenarios being, then we're not going to be prepared and it's going to be far worse."

Cohrs said it's a challenge trying to balance the interests of this "amazing little place."

"You have people that just absolutely say, 'No growth. You have to stop it anyway possible.' There are people out there who are saying, 'I'm okay with growth and it would be nice not to have to drive in to the metro for my amenities, but the only way you get (more amenities) is if there are more people here,'" he said.

Vasquez said she spoke recently with the fire chief, who told her that it is "far easier to serve homes that are closer together than those that are spread out over several miles."

She said that points to planning.

Cohrs said if the growth doesn't happen, "all we did was plan."

Vasquez, who owns a small business in the downtown area, said people on both sides love their community.

She said she has put her "heart and soul into it."

"Some people don't want to see rooftops," she said. "I want to see the rooftops that we actually need, for our teachers, our police department, our fire department, so they can live in the town where they work. The majority of them don't because they can't afford to live here."