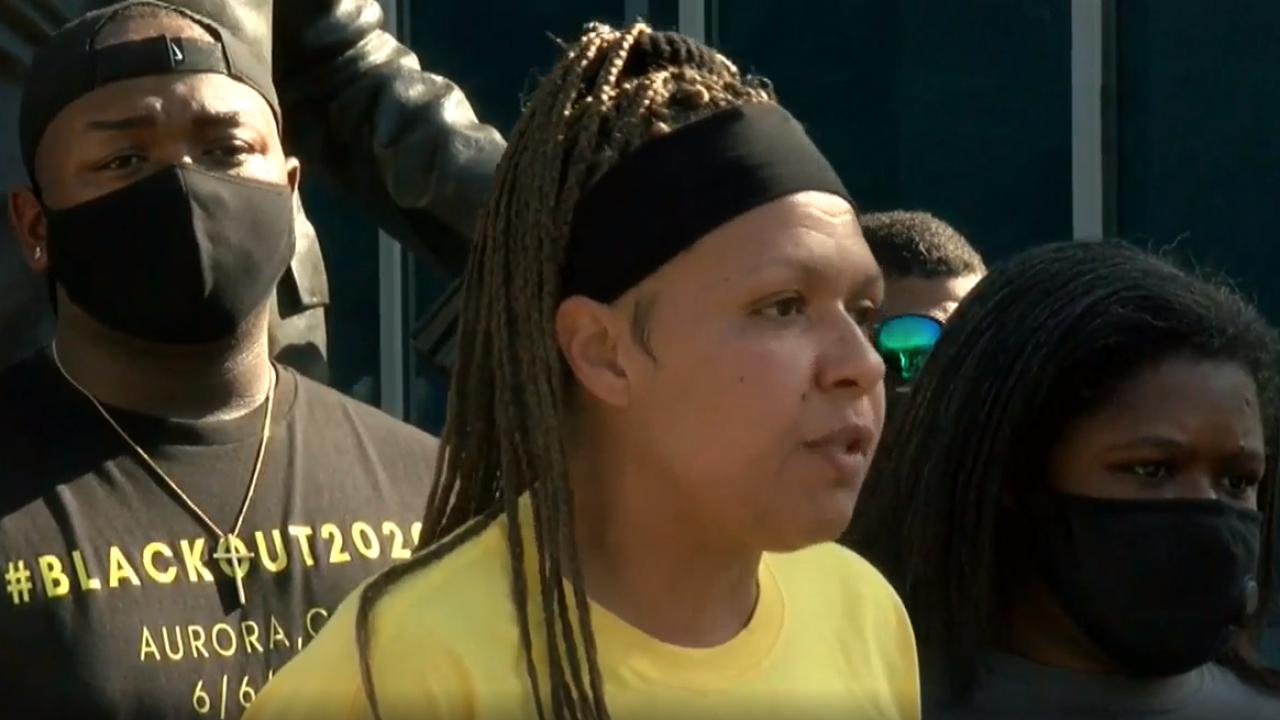 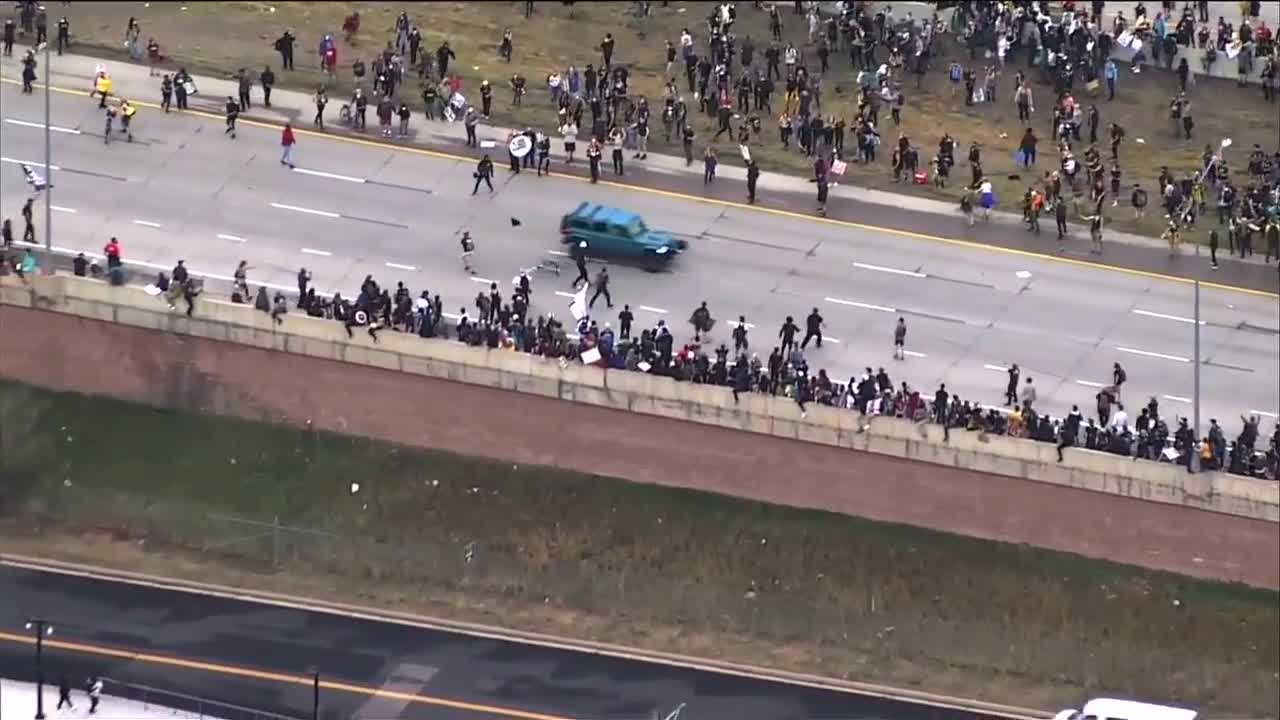 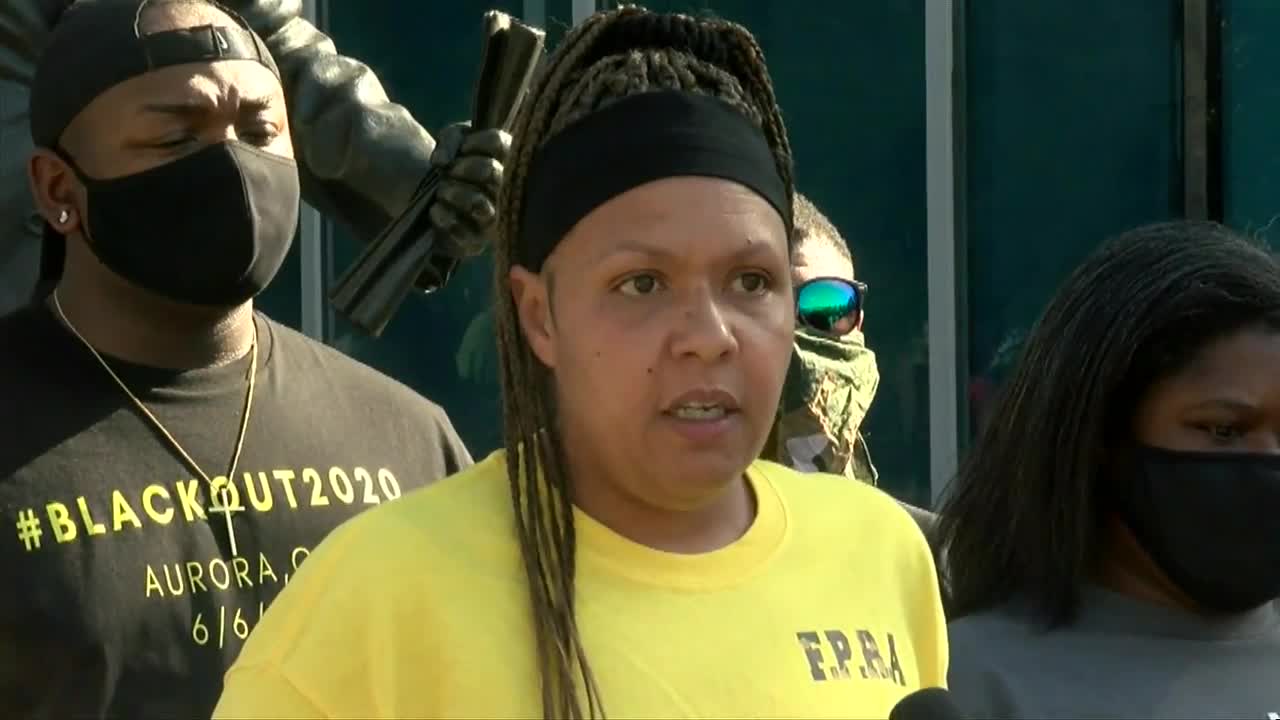 AURORA, Colo. — Community activists in attendance of last weekend’s protest demanding justice for Elijah McClain have been unable to shake the terrifying moments when a Jeep drove through the crowd on Interstate 225.

"On Saturday we experienced a traumatic event on the road when a vehicle tried to take my life, the lives of people in my community and it has to stop," Shenika Carter said during a news conference Monday afternoon.

Carter and other activists questioned why the driver who drove through a crowd of protesters on the highway has not been arrested.

Some of the speakers also questioned how that driver got on the highway in the first place.

"There is not a question, who barricaded (the highway) is who let someone in," Candace Bailey said, suggesting Aurora Police deliberately allowed the driver through the barricade to harm protesters.

In a statement to Denver7, Aurora PD responded, "APD in no way allowed that vehicle past any of our barricades. APD was blocking all N/B 225 traffic, just south of Alameda Pkwy. During our time blocking N/B 225, no vehicles made it past our officer.

"The behaviors of Saturday’s event were not reflective of PSL (Party for Socialism and Liberation) nor FPRA. The Frontline Party for Revolutionary Action does not have violent events," Bailey said.

Tay Anderson, who's led several protests in Denver following the death of George Floyd, said he does not excuse the actions of a few, but warned the focus on property damage has taken away from the primary message of the protests.

"We are now focusing on glass being broken, a gate coming down and we are forgetting the very reason why we were there," Anderson said. "Not a single media outlet talked about the speeches and the words that we heard of those doing call to actions about why we were there in the first place, but you focused on windows and gates coming down, but forgot to mention Elijah McClain was the reason why we were there. ... We are more concerned about a glass being broken and a piece of metal coming down than we are about a Black man's life being snatched from us. We have to do better. And we must do better."