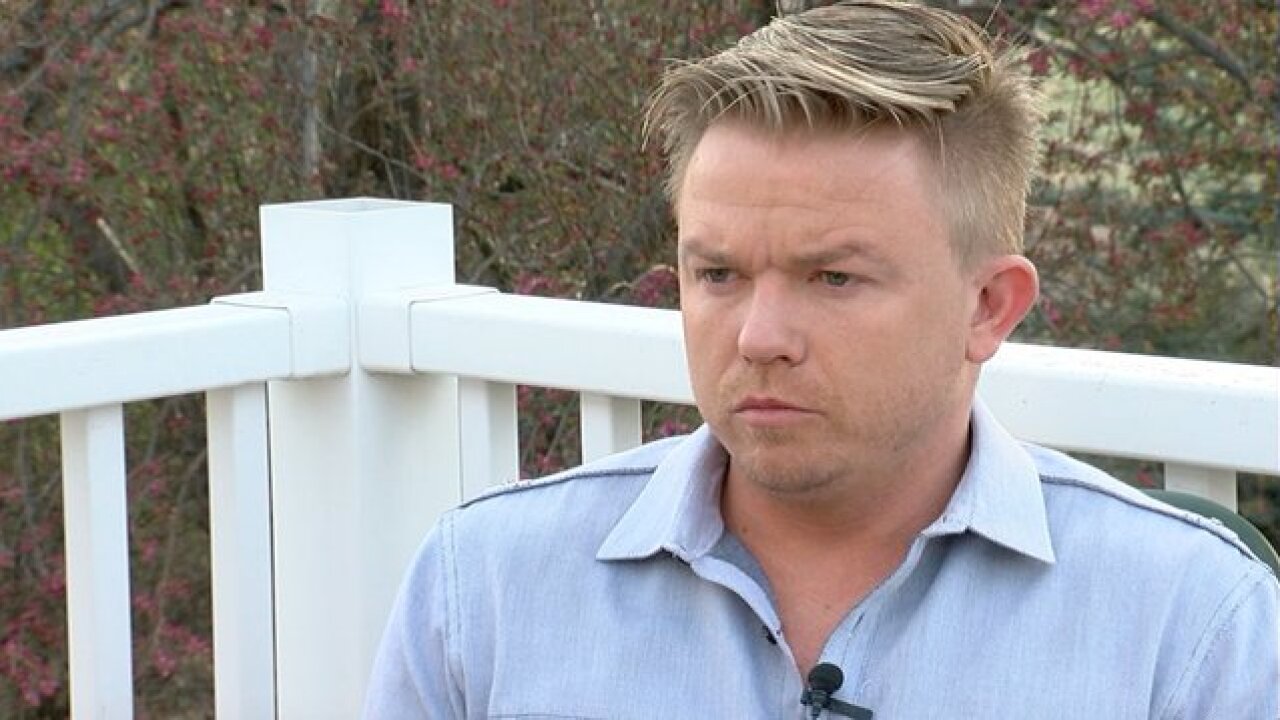 LITTLETON, Colo. — It’s a story Craig Scott has told numerous times before: The story of how his sister and close friends died. He was a sophomore at Columbine High School 19 years ago when two gunmen brought bombs and guns into the school.

“I was in the school library and studying for a test with my friend Matt. I heard popping noises coming from outside the school [and] I thought it was a senior prank,” Scott said. “I had two friends who were killed next to me, Matt and Isaiah.”

Later that day, he learned his sister, Rachel, was also one of the students who died.

“They were mocking her for her faith and, at one point, Eric picked her up and said, ‘Do you still believe in God?’ And she said, ‘You know I do’.”

Friday marks 19 years since the Columbine High School tragedy that claimed the lives of 12 students, one teacher and two gunmen.

“I am now, in a sense, her older brother because I’m twice her age from when she lost her life,” Scott said.

A lot has changed since then for him personally.

“It’s a lot better for me. I’m not dealing with the things I dealt with then. I dealt with PTSD, I had my nights and days turned around, I had paranoid thoughts,” he said. “The biggest thing I struggled with was a lot of anger and hate.”

But he decided to forgive the shooters and is now working on passing a positive message forward.

“My challenge now is having to be able to relive it at times to give the lessons, but it’s so worth it for me. I see so much positive happen,” Scott said.

“First and foremost is the protocol being used by the police. Back on April 20, 1999, it was secure the perimeter and we had police officers on site but the protocol was waiting for SWAT to get there. You look throughout the country and now it’s engage the assailant immediately. So, I think that’s changed,” he said.

Both DeAngelis and Scott have also seen changes within schools.

Scott started Rachel’s Challenge, a school program dedicated to teaching students about the power of kindness and compassion. Some of the changes are good; Scott said he’s seen fewer cliques in the schools he speaks at.

Some changes, however, have not had as positive of an influence.

“Social media has really changed the teenager’s life from when I was in school,” he said. “If there was rumors now they can get amplified and go viral and how much worse that is. If a fight happens, that gets recorded, that can be embarrassing for somebody.”

“What I worry about now with kids is the fact that if something is posted and it goes viral, they feel their life has changed,” he said.

However, Scott says the power of social media goes beyond rumors and viral videos; it also affects the news kids consume regularly.

“There’s also a lot of politics, a lot of issues, world issues, and a lot of heavy stuff in front of the teenagers’ faces on social media and they spend 8 to 10 hours a day on social media,” Scott said. “That’s why I think after Parkland you have a lot of the kids going to the gun issues because the politics are in front of their face. That’s a piece of the puzzle but it’s not the puzzle.”

Scott says the bigger issue might be finding a way to change someone’s heart who wants to do harm.

But even with all the change, some things have stayed the same.

“I think the Parkland kids are saying it pretty well and people from Columbine and across the country are saying, ‘You adults have really let us down’,” DeAngelis said.

DeAngelis spoke at the Vote for Our Lives rally organized by Jefferson County students and met with students from Parkland, Florida. He says he’s proud of them but believes gun control is the not the only thing that needs to be considered when it comes to school shootings.

“It’s one piece to the puzzle,” DeAngelis said. “They’re out there protesting, they know what needs to be done and the next step is taking action by voting. We have a midterm election coming up.”

More importantly, though, DeAngelis says the main message people should take away from the Columbine tragedy is to be kind to one another.

Meanwhile for Scott, he said the basic principles of human decency have not changed.

“The principles that we can all agree on, good things like kindness, compassion, unity, honesty, integrity, working hard, going after your dreams, none of those things have changed,” Scott said.

Scott says he’ll spend the day with his family visiting Rachel’s grave site. He’s trying to remember the little things about her.

“It’s important on a day like today to remember my sister, just who she was and not all the stuff I do all over the country or anything like that but just who she was and our relationship,” Scott said. “My favorite memory with Rachel was tee-peeing some people’s houses, some friends of ours houses, back in the day, sneaking out and throwing some toilet paper around.”