Colorado's Superfund sites: Where are they and how is cleanup going? 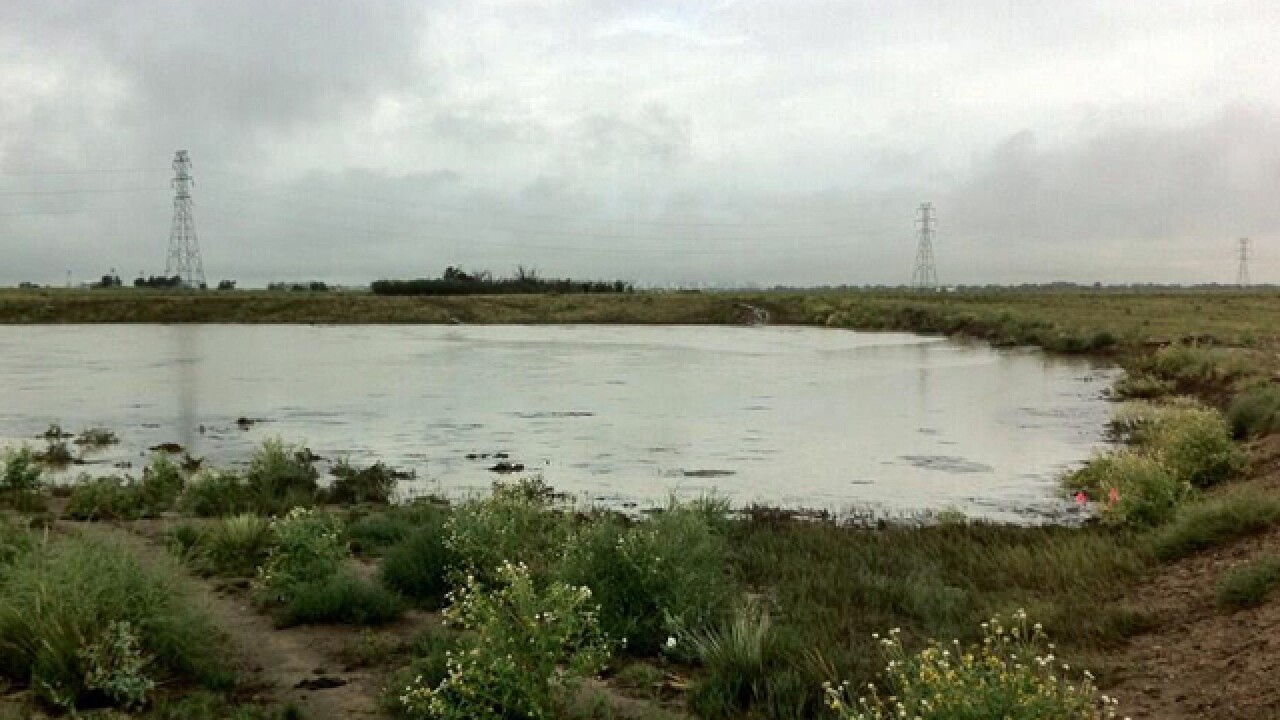 Copyright 2017 Scripps Media, Inc. All rights reserved. This material may not be published, broadcast, rewritten, or redistributed.
<p>Rocky Mountain Arsenal near Denver is one of 24 Superfund sites listed on the National Priorities List in Colorado.</p>

DENVER – Colorado’s history includes a multitude of mining operations and other industries that have created pollution around the state that the federal government is still working to clean up through its Superfund program.

The Environmental Protection Agency’s Superfund program aims to clean up the country’s most contaminated areas and other environmental disasters. Many of these sites are former industrial properties with lingering contamination that is considered hazardous and needs to be addressed before the land can be used for anything else.

The EPA lists 24 Superfund sites on its National Priorities List (NPL) in Colorado. There are more than 200 total Superfund sites in total in the state, but those on the NPL have been identified as needing further assessment and cleanup.

Some of the following sites have already finished cleanup, while others have yet to begin. At sites where principal cleanup work is finished, ongoing maintenance and operations usually continue to this day to ensure that contamination remains under control.

The following information comes from the EPA's website and may not reflect the most recent updates in cleanup operations.

This 464-acre rocket-testing site is owned and operated by Lockheed Martin Astronautics Operation. Past operations had contaminated soil and groundwater with hazardous chemicals.

Groundwater and soil contamination came from treatment of power poles, fence posts, railroad ties and other wood products on the site from 1947 to 1982.

Past mining operations led to metals contaminating the surface water, groundwater, soil and sediment in 18 square miles of Lake County that includes Leadville, parts of the Leadville Historic Mining District and part of the Arkansas River.

Status: Cleanup complete in some areas of site but not others; not all contamination under control

Mining for gold and silver at the Captain Jack Mill site on upper Left Hand Creek south of Ward contaminated the soil and surface water between 1860 and 1992.

Status: Cleanup is ongoing; contamination not yet under control

This site encompasses 400 square miles from the Continental Divide east to Golden. Mining and milling operations in the past contaminated groundwater with heavy metals.

Status: Cleanup is ongoing; contamination not yet under control

Groundwater contamination at this site came from the storage and repackaging of bulk chemicals from rail cars and drums.

The Colorado Smelter site in Pueblo was just added to the NPL in 2014. Testing has shown high levels of arsenic and lead on the site and in the soil of adjacent neighborhoods, including Eilers and Bessemer.

Status: The EPA is currently investigating and studying the site to determine the remediation steps needed. The preliminary study area encompasses a half-mile radius from the former smelter and includes 1,900 residential land parcels.

The Denver Radium site lies along the South Platte River Valley, where radium processing contaminated more than 65 properties in the early 1900s.

Once one of the largest zinc mines in the U.S., the Eagle Mine site is about a mile south of Minturn in the Rocky Mountains. The Eagle River and several of its tributaries run through the site and mining activity has contaminated the surrounding soil, structures, surface water and groundwater with heavy metals.

Status: Initial cleanup work was completed in 2001, but during certain months of the year, metal levels exceed allowable amounts. The EPA is in the process of determining how to further reduce the amount of metals entering the river.

Located south of Canon City, the Lincoln Park site includes the Cotter Corporation’s uranium mill, which starting production in 1958 and contaminated the surrounding area with radioactive material and metals.

Status: The EPA and Colorado Department of Public Health and Environment conducted community interviews in March as part of a five-year review to make sure previously-completed cleanup projects are working.

This site served as a landfill from the mid-1960s to 1980. The landfill took both residential and industrial waste, which contributed to contamination of the soil, groundwater, surface water and sediment.

The Marshall Landfill site consists of two landfills of about 80 acres each. Combined, they were in operation between 1965 and 1992 and contaminated the groundwater, surface water, soil and sediment with various hazardous chemicals.

Mine drainage at the abandoned mine north of Creede has contaminated surface water with heavy metals.

Status: The EPA is currently in the feasibility study phase of cleanup.

The Rocky Flats Plant between Denver and Boulder operated from 1952 and 1989, manufacturing components for nuclear weapons. Activity at the plant contaminated the area’s soil, sediment, groundwater and surface water with various hazardous chemicals and radioactive substances.

The Rocky Mountain Arsenal near Denver was established in 1942 to manufacture munitions and chemical warfare agents for the U.S. Army. The Army continued to use the facility through the early 80s and other companies used the site to produce pesticides until 1982. The various activities on the site have resulted in extensive contamination across the 27-square-mile site.

Status: Contamination remedy construction began in 1987 and continues to this day.

Several different businesses have used the Sand Creek Industrial site since the 1940s. Uses include an oil refinery, pesticide manufacturing, an herbicide plant and a landfill. Contamination includes the soil, air, groundwater and surface water.

The Smeltertown site near Salida has seen a number of uses over the years, including lead-zinc smelting and wood treatment, all of which have contributed to contamination of the area’s soil, surface water and groundwater.

Status: Construction is not complete but contamination is considered under control

Mining for silver and lead took place at Smuggler Mountain between 1879 and 1920, contaminating the soil and groundwater with heavy metals. The site was removed from the NPL in 1999.

Silver mining at the Standard Mine site in the Ruby Mining District led to heavy metals being deposited in Elk Creek, which then flows into Coal Creek.

Status: The EPA is in the process of designing a contamination remedy for the site.

The Summitville Mine site served as a location for gold mining beginning in the late 1800s and by the mid-1980s the site was used for open-pit gold, copper and silver mining. These activities contaminated soil, surface water and groundwater with heavy metals.

This 680-acre site served as a uranium and vanadium processing facility until 1984 and contaminated the soil and groundwater with hazardous chemicals and radioactive material.

Two different smelting plants operated on the Vasquez Boulevard and I-70 site over the years, contaminating the surrounding soil and groundwater with heavy metals. The site includes parts of the Cole, Clayton, Elyria/Swansea, Globeville and Curtis Park neighborhoods.

Status: Remediation work began in January 2017 with excavation of soil and landfill debris near the Denver Coliseum.

Woodbury Chemical Co. produced pesticides on this site in Commerce City between the late 1950s and 1971. The site was removed from the NPL in 1993 and the EPA says no further cleanup is required.

This site comprises 48 mines or mining-related sites in San Juan County that have resulted in heavy metal contamination of soil, groundwater and surface water.

Status: The EPA is in the process of investigating the nature and extent of contamination on the site.

For more in-depth information on the above Superfund sites or to find more sites near you, log on to the EPA website .