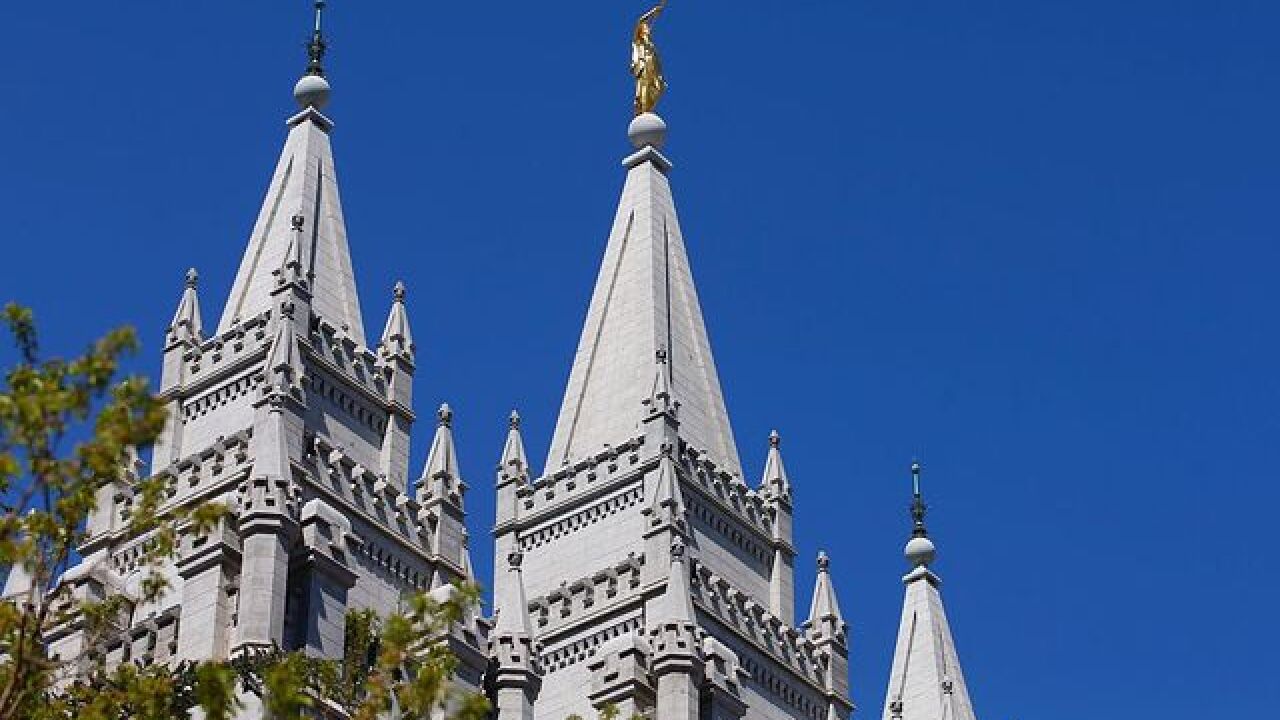 Copyright 2018 Scripps Media, Inc. All rights reserved. This material may not be published, broadcast, rewritten, or redistributed.
George Frey
<p>SALT LAKE CITY, UT - APRIL 2: The spires of the historic Salt Lake Temple are shown here during the 186th Annual General Conference of the Church of Jesus Christ of Latter-Day Saints on April 2, 2016 in Salt Lake City, Utah. Thousands of Mormons have come from around the world to attend the two day conference to receive direction from church leaders (Photo by George Frey/Getty Images)</p>

SALT LAKE CITY (AP) — A woman who sued a former Mormon missionary leader claiming that he raped her in the 1980s went to his church in Arizona on Sunday and told his congregation that church leaders are covering for a "sexual predator."

McKenna Denson was ushered away from the podium at the Mormon church in Chandler, Arizona, shortly after she began talking during a monthly segment in Mormon services when church members are invited to share their testimony, shows a video posted online.

The Church of Jesus Christ of Latter-day Saints criticized Denson's actions, calling it disappointing that someone would interrupt worship services for personal gain.

A judge recently dismissed part of Denson's lawsuit against the church because the statute of limitations had passed, but allowed a fraud claim to stand because the alleged cover-up was discovered recently. All the claims were dismissed against Bishop, who has denied assaulting the woman.

Denson, 55, of Pueblo, Colorado, introduced herself as a visitor and said she loved the savior before telling everyone that the now-85-year-old Joseph L. Bishop is "sexual predator" who raped her and that Mormon leaders are now covering for him.

It's unclear if Bishop was at the church.

Bishop oversaw hundreds of young people as president of the Missionary Training Center, in Provo, Utah, in the 1980s.

After Denson made clear why she was there, a man then approached Denson and told her she needed to sit down, offering to talk with her later. She said she wasn't finished.

"For the atonement to take place, we have to be accountable for what we do," said Denson, as the man continued to try to get her to stop.

As the man then grabbed her by the shoulders, she resisted and told people to call police and told him he was invading her personal space.

The man then said, "This is not the place for you to share this, c'mon," and Denson left.

The video was posted Monday on YouTube by Mike Norton, who runs the channel named "NewNameNoah." The channel features videos critical of the Mormon faith.

A statement by Mormon church spokesman Eric Hawkins said members who have personal grievances should find other ways to communicate those without disrupting church services.

"It is disappointing that anyone would interrupt such a worship service to bring attention to their own personal cause," the statement said. "Recording and posting of these disruptions on social media to seek public attention and media coverage, sadly, shows an unfortunate lack of respect for others."

The Mormon church has said repeatedly it has "no tolerance for abuse."

The Associated Press doesn't usually name people who say they are victims of sexual assault, but Denson has said she wants her story to be public.

In a secret recording she made during a visit to confront Bishop in December, Bishop is heard apologizing to Denson though he didn't specify what happened.

Denson says the church failed to take action against Bishop after she reported the assault several times over the past three decades. The church has said Bishop wasn't punished because he denied the allegations and church members could not verify them.