Copyright 2019 Scripps Media, Inc. All rights reserved. This material may not be published, broadcast, rewritten, or redistributed.
Denver7
Leslie Stokes says she was at Charlie’s on Colfax last October with coworkers celebrating and had a few drinks. When the bar closed, she decided to catch a Lyft home. Stokes had used the service numerous times before and had never had any issues with it. 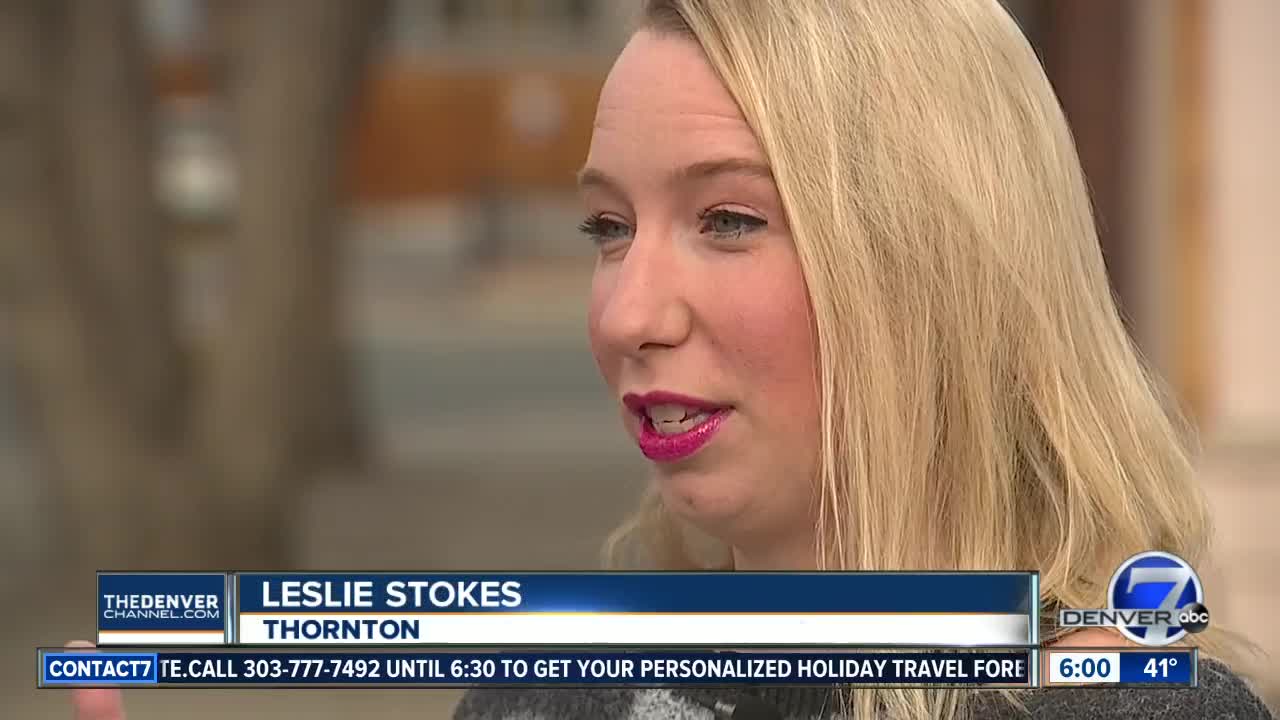 DENVER — A woman who says she was assaulted by her Lyft driver in Denver says she is now planning on suing the rideshare company.

Leslie Stokes says she was at Charlie’s on Colfax last October with coworkers celebrating and had a few drinks. When the bar closed, she decided to catch a Lyft home. Stokes had used the service numerous times before and had never had any issues with it.

“I got in the car that was the same make and model that I was looking for, hopped in, the driver said my name and I felt comfortable,” Stokes said.

The car was a black Honda Civic; Stokes says she usually sits in the front seat because it is safer and did so during this ride as well.

“He ended up reaching his hand up my skirt probably within two or three blocks of leaving Charlie’s but I was able to bat it away,” Stokes said. “He ended up turning off the GPS seconds later.”

Stokes asked him if he knew where he was going and said it was clear he didn’t.

“Luckily we stopped at a stoplight not seconds later and I jumped out of the car and just left. I was able to get away,” she said.

She quickly hailed a new Lyft and that driver helped her contact both the police and the company to report the incident.

When she spoke with the company, Stokes says a representative told her “since I wasn’t physically violated that there was nothing they could do.”

She went back and forth with the company a few times via email afterward and says she never got any results.

Stokes is one of numerous women who reached out to Levin, Simes and Abrams – a California law firm handling many of these cases – to help.

“She is one of our luckier clients in that she wasn’t too intoxicated to lose her wherewithal,” said lawyer Rachel Abrams.

The firm has filed lawsuits for 10 women who claim they were assaulted and says it has 115 other clients with whom it is currently working with to file lawsuits, including Stokes and one other woman in Denver.

“I think we’re seeing a small percentage of the actual victims,” Abrams said. “This is a crime of opportunity. Predators are preying on intoxicated, vulnerable women that they see as an opportunity.”

The lawsuits allege, in part, that Lyft was negligent in its hiring, its supervision and the safety measures it implements.

Abrams says the women she represents would like to see the rideshare company to implement changes.

“Every step of the way, there are serious and significant problems at Lyft,” she said.

Abrams says her clients would like to see better training, a zero-tolerance policy when incidents happen and cameras installed in all Lyft vehicles.

Beyond that, she would like to see a rule added to the company’s policies that prohibit drivers from leaving their vehicle when dropping a passenger off, even simply to help them to their door, without the passenger’s permission. Abrams would also like to see a policy prohibiting the drivers from deviating from the rideshare route.

“This is what I consider an epidemic that needs to be addressed and it's still happening. Changes haven’t been implemented and this could happen today to anybody,” Abrams said.

As for Stokes, she’s hoping her story will encourage others who have experienced an assault to come forward and share their stories, and is warning others to take steps to protect themselves.

Stokes says it’s important to check the car, driver and license plate before getting inside. She also warns riders to pay attention where the driver is taking you the entire time.

She wants the company to take incidents like hers more seriously in the future.

“There should be better means for reporting these situations and rideshare services should be more responsive,” Stokes said.

Lyft sent Denver7 a statement Thursday about the incident:

“What this woman describes is something no one should ever have to endure. Everyone deserves the ability to move about the world safely, yet women still face disproportionate risks. We recognize these risks, which is why we are relentless in our work to build safety into every aspect of our work. That means continually investing in new features and policies to protect our riders and drivers.

"This year, nearly one in five employees at Lyft have been dedicated to initiatives that strengthen the platform’s safety. In just the last few months, we’ve launched more than 15 new safety features -- including daily continuous criminal background monitoring of all of our drivers, in-app emergency assistance to make reporting easier for riders, and mandatory feedback for rides rated less than four stars to ensure we are constantly tracking any level of problematic behavior by drivers. We’ve also partnered with RAINN, the nation’s largest anti-sexual violence organization, to roll out required sexual violence prevention education. Our work on safety is never done, and we will continue to invest in new features, protocols, and policies to ensure Lyft is the safest form of transportation for our riders and drivers.”