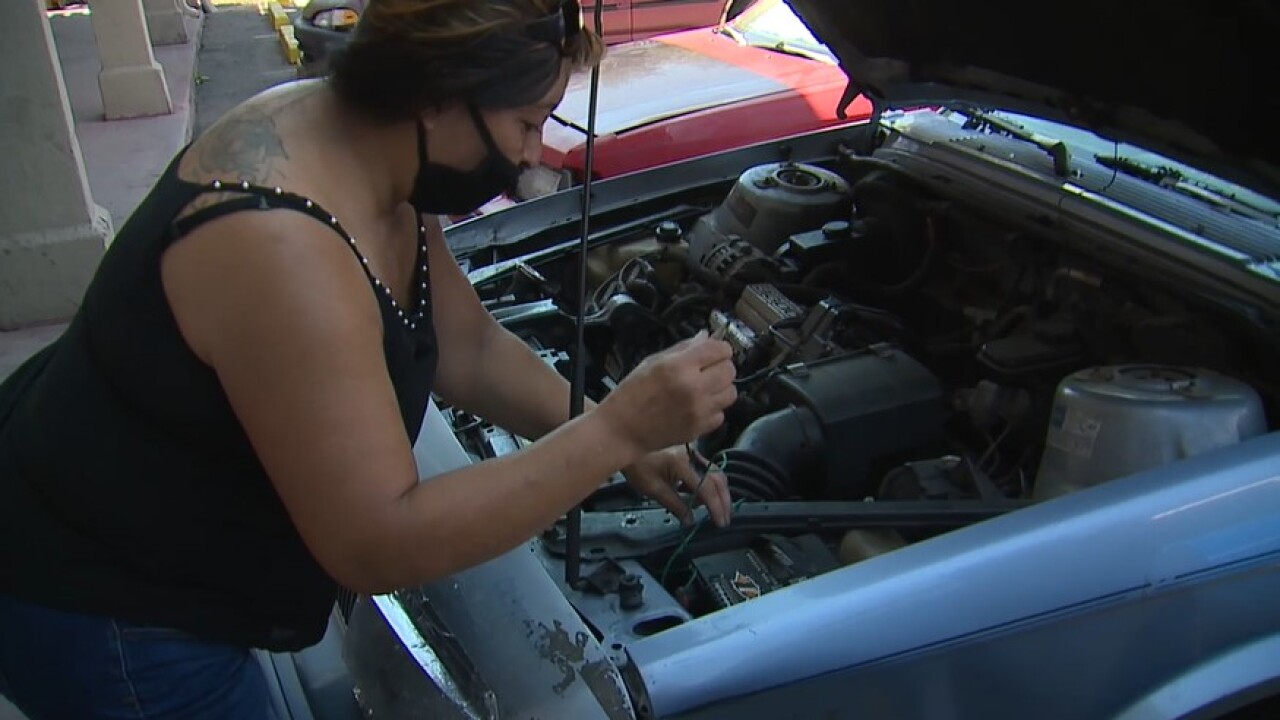 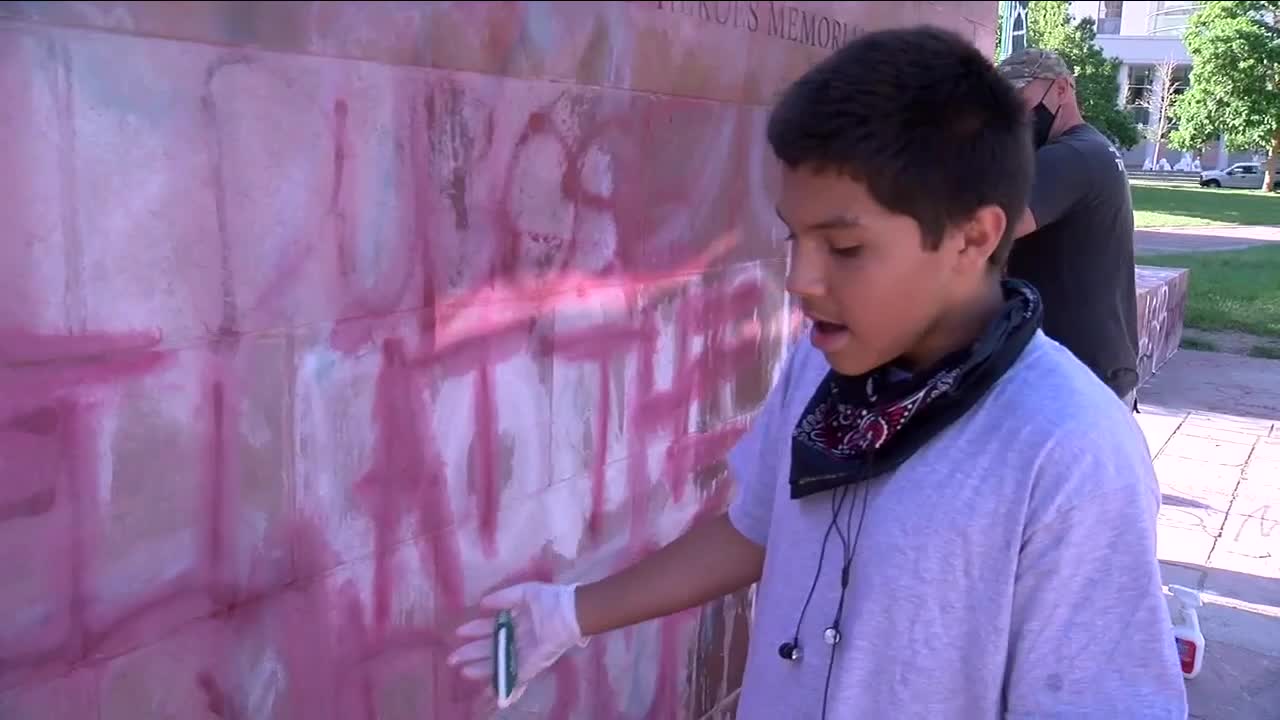 LAKEWOOD, Colo. -- A woman is trying to raise her grandson and get him on the right path, but she needs some help.

We first met Fabian Moran at Civic Center Park. He rode his bike on his own and volunteered to clean up graffiti, even though the 13-year-old did not participate in the protests.

“I come over here and I saw this and I just got heartbroken about it. We are supposed to be protesting BLM and stoking positivity,” Fabian said.

The teen worked hard picking up trash and scrubbing graffiti. We soon noticed he was of profound character.

“I would like to see people stop doing this and spread peace, love, and positivity,” Fabian said.

But we learned Fabian's life has not been full of peace. His mother is incarcerated. His father was shot and killed last year.

“Fabian has dealt with more death than you can imagine,” his grandmother, Gail Acosta, told Denver7.

His grandmother uprooted her situation to take care of him. Social workers put them up at a Lakewood motel until they can find them affordable housing.

“I want everything I can do for him, I want to see him graduate,” Acosta said.

Her biggest struggle is not having a working car. She’s been watching YouTube videos and trying to fix her Oldsmobile herself.

“I went to the junkyard and installed this fan,” she said. “It kinda sparks.”

Acosta saved her money and bought another vehicle but as soon as she got it off the lot the transmission went out.

“Yesterday he wanted to go to the park and he said, 'Can you drop me off two blocks away?' He’s embarrassed of the car,” she said.

Gail needs help getting her vehicle up and running so she can provide Fabian a brighter future.

“It would make it so much easier it takes me so long to actually leave,” she said. “I always worry what if it doesn’t start one day it’s not going to go anymore.”