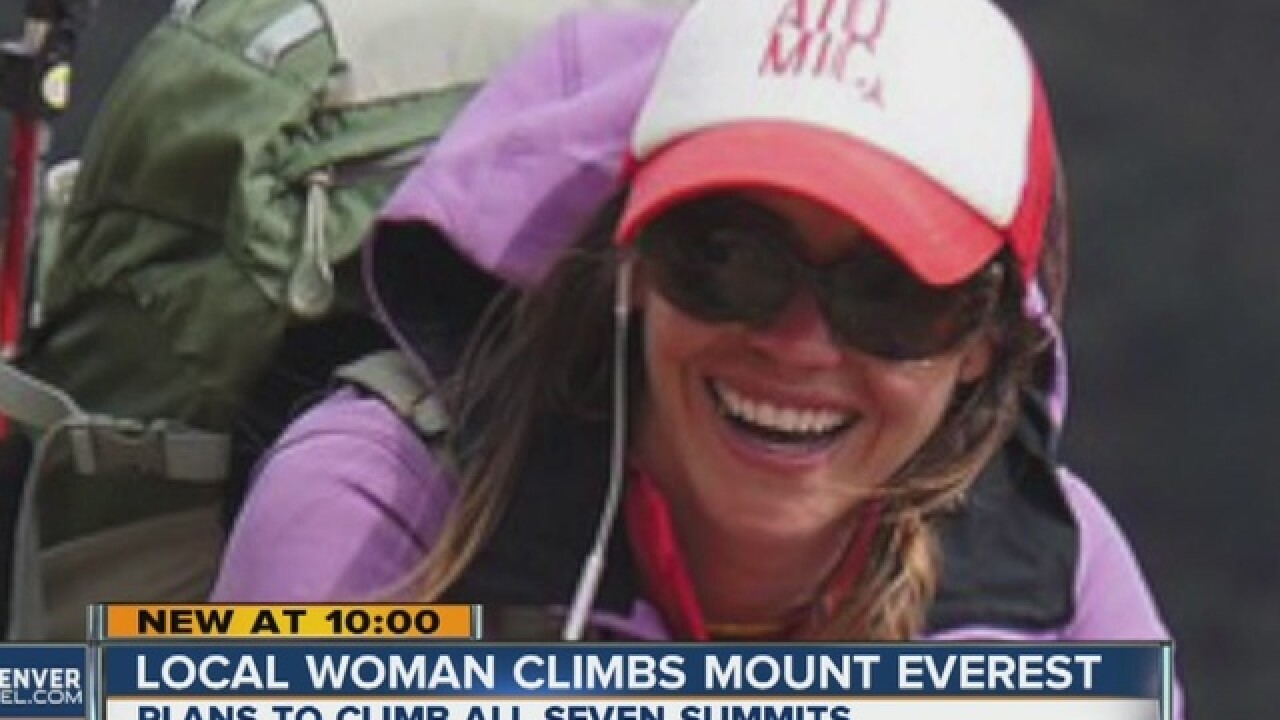 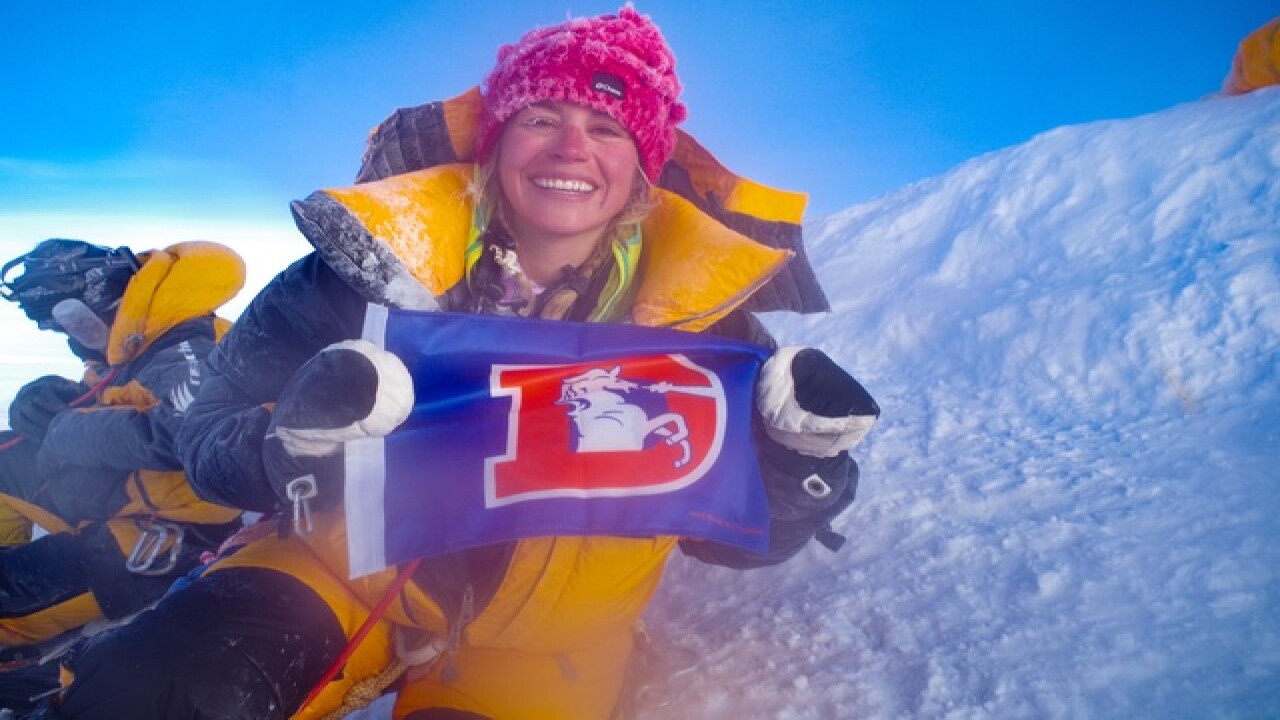 Kim Hess describes feeling euphoric as she approached the summit of Mount Everest. She was just a little girl when she first saw a photo of the world's highest mountain and the idea of climbing it seemed like going to the moon.

On May 21 at 5:04 a.m. she reached the summit at 29,034 feet. It was so cold that her cameras froze but she couldn't leave the top without snapping a picture.

"So I thought I can't leave the summit of Mt. Everest without so I sat there with my climbing partner and we tried to warm up all of the devices for about 45 minutes until we finally got 3 pictures," said Hess.

Of course the Colorado native just had to get a photo with her Broncos flag once the camera thawed. Her face is red from the cold but her smile is beaming with accomplishment.

Now back in Colorado, Hess is enjoying to the simple comforts of home like her bed and a toilet that flushes.

Not one to sit still, she's already thinking about her next adventure. A conversation with her brother led to a challenge to climb the highest peaks in each continent, known as the seven summits. Hess only has two mountains left with Everest checked off her list. Next up is Mt. Vinson in Antarctica followed by Mt. Kosciuko in Australia. You can read more about her expeditions here.

“If I wanted it bad enough I would find a way to make it happen, and sure enough I did," said Hess.

Reaching the summit during her latest adventure was anything but easy. Hess was attempting to climb Mt. Everest last year when a devastating earthquake struck Nepal killing more than 8,000 and setting off an avalanche that left 18 dead on the mountain.

"I think on some level I didn't want to believe it was over, even though I knew it was over," said Hess.

She found herself back at the mountain a year later to finish her goal. Hess says the experience made her reevaluate her life but she was determined to return with her parents' blessing.

"I always love to sit and laugh and smile when they doubt that I can't do it, then I beat them to the top," said Hess.