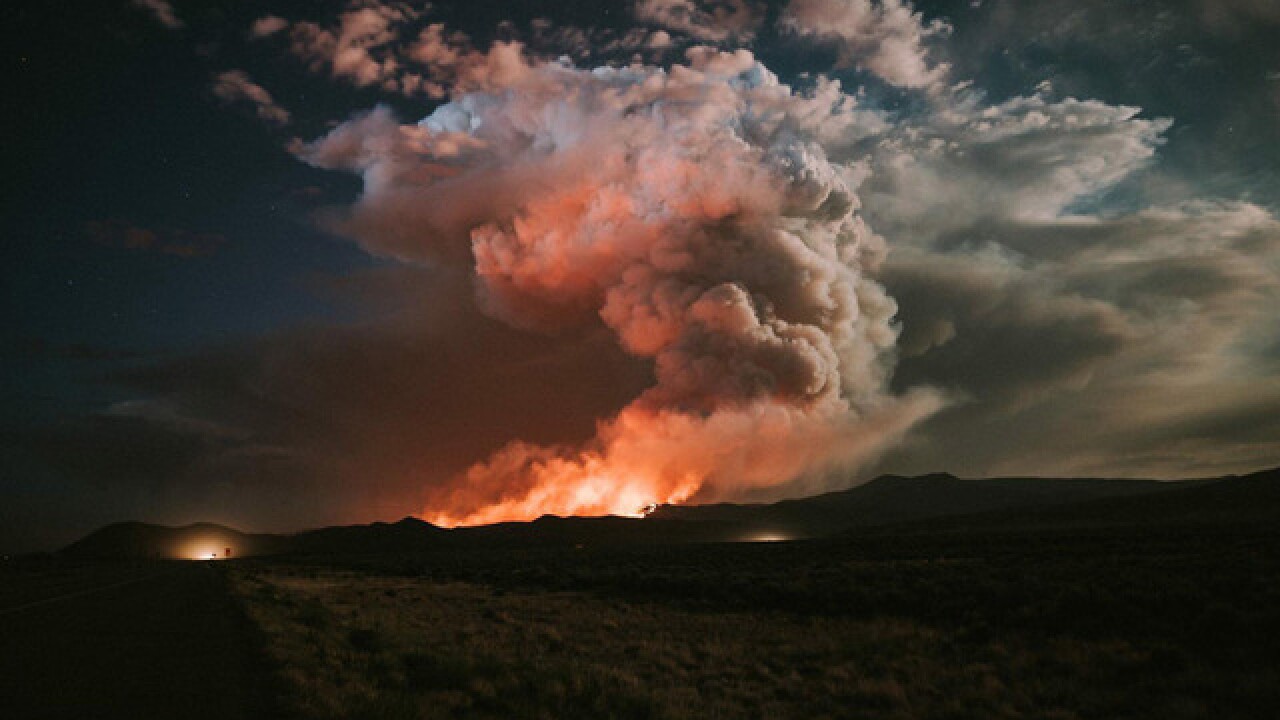 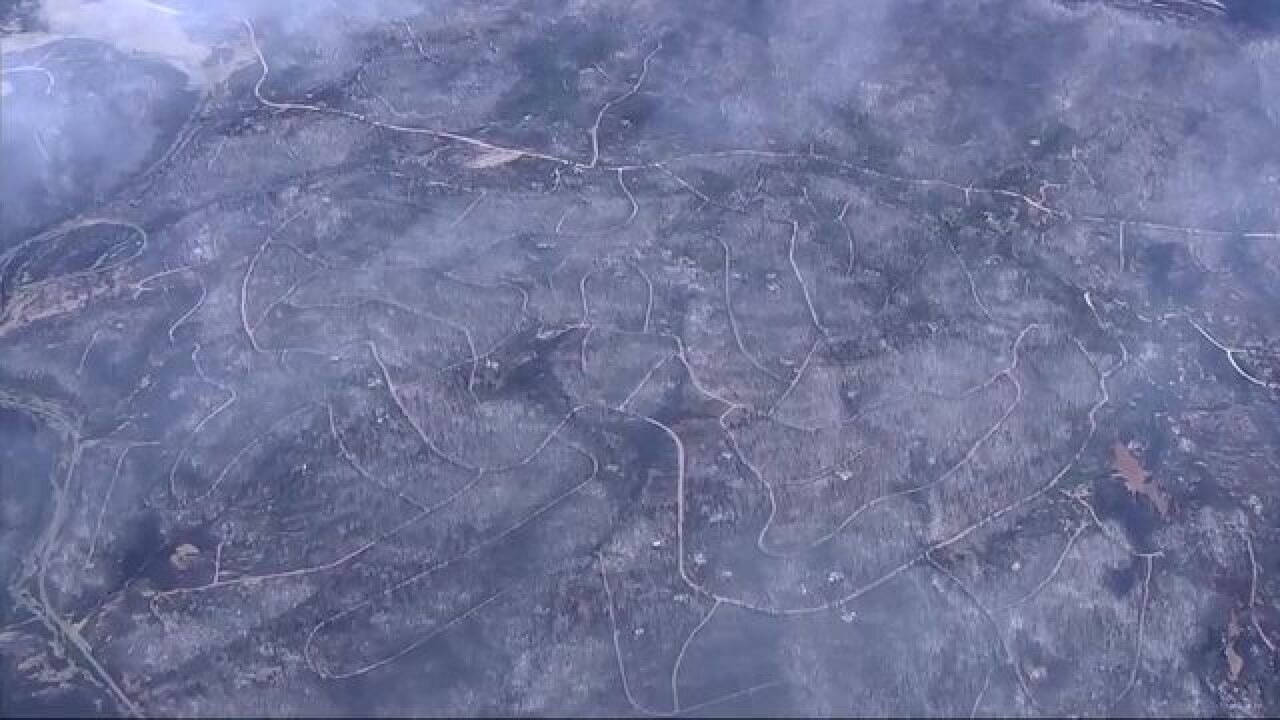 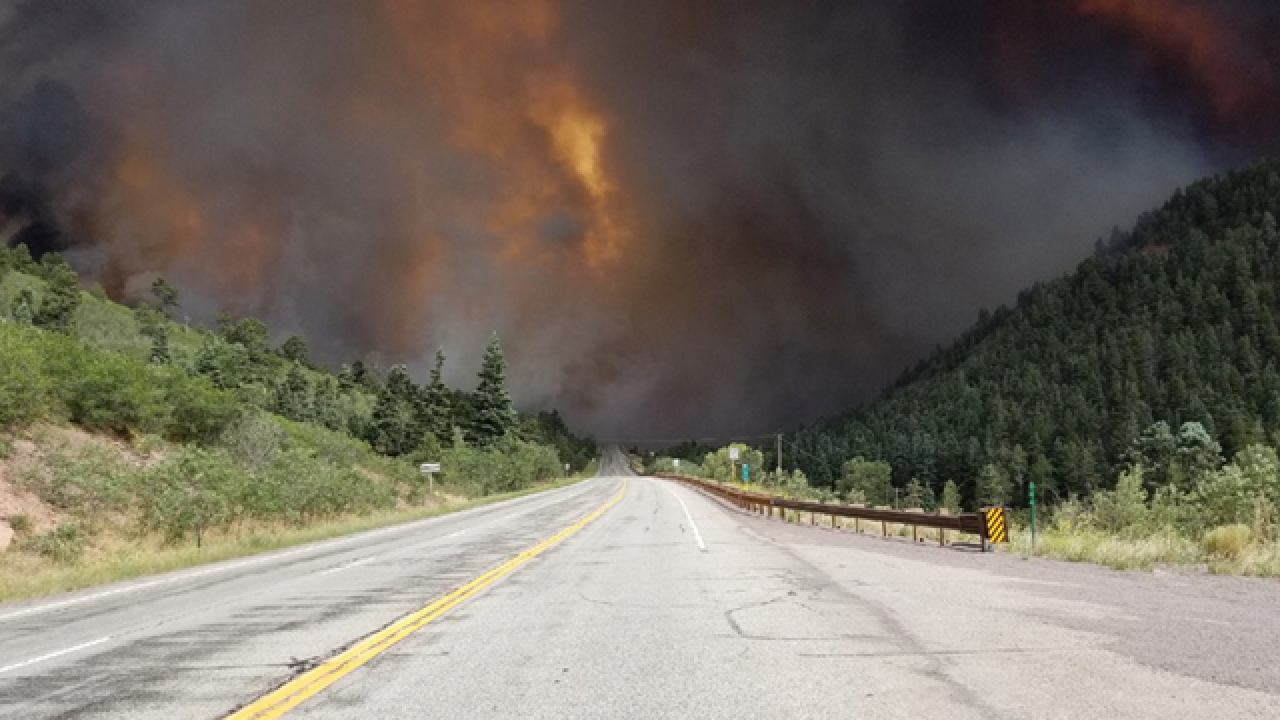 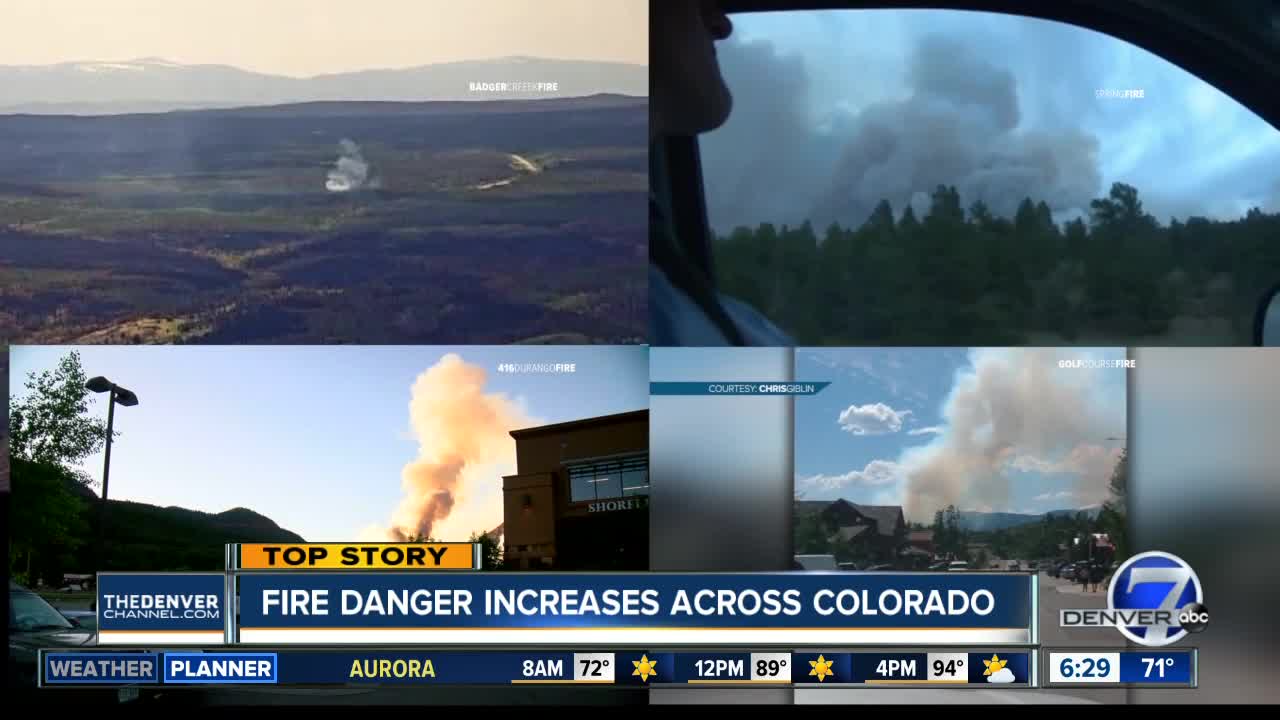 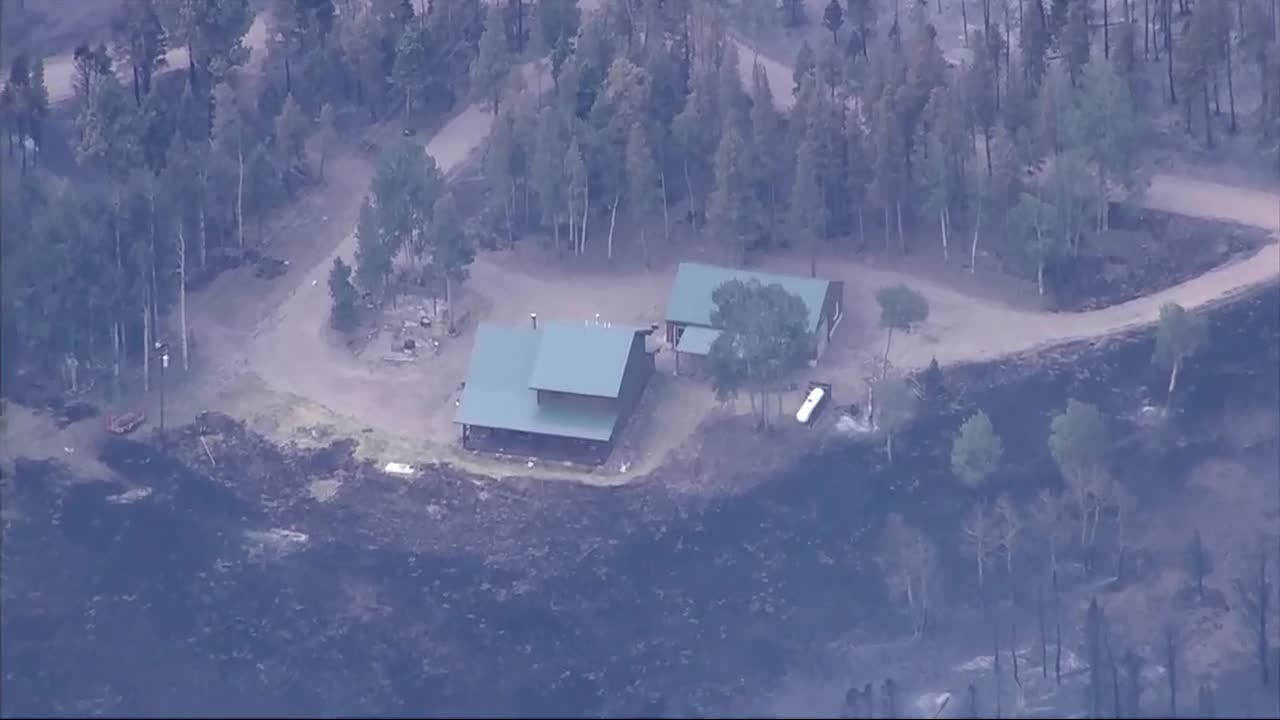 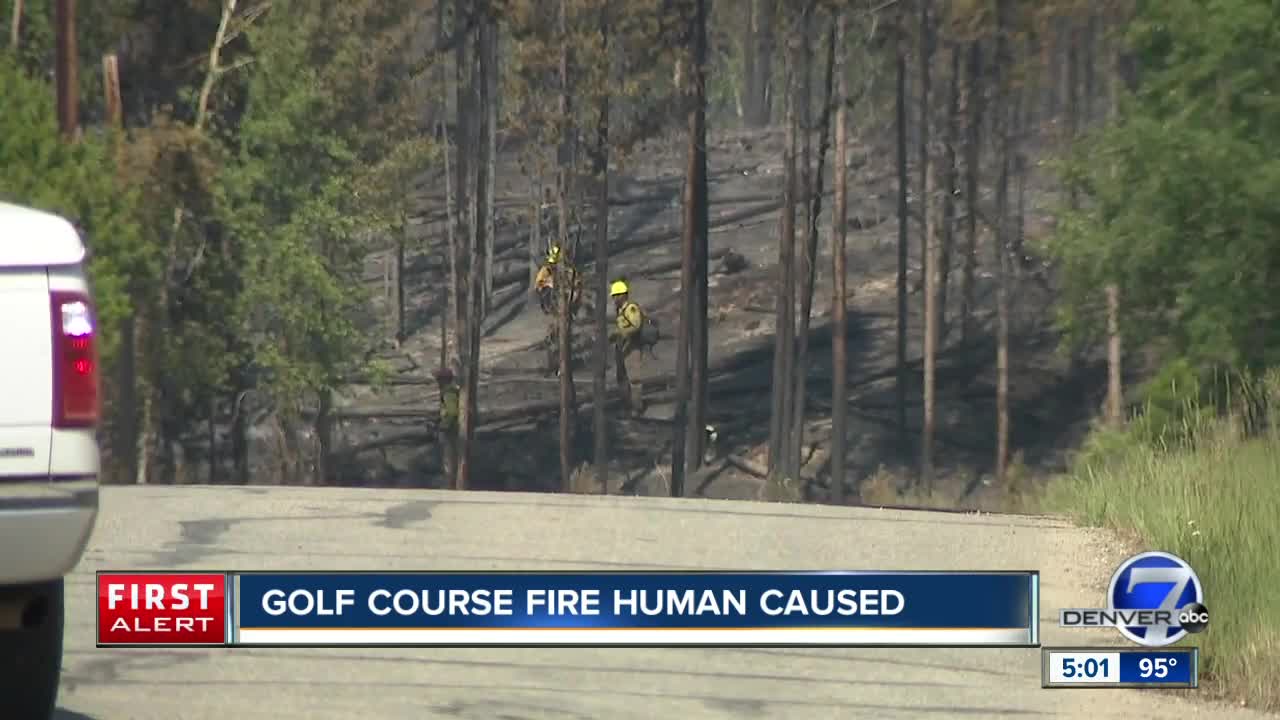 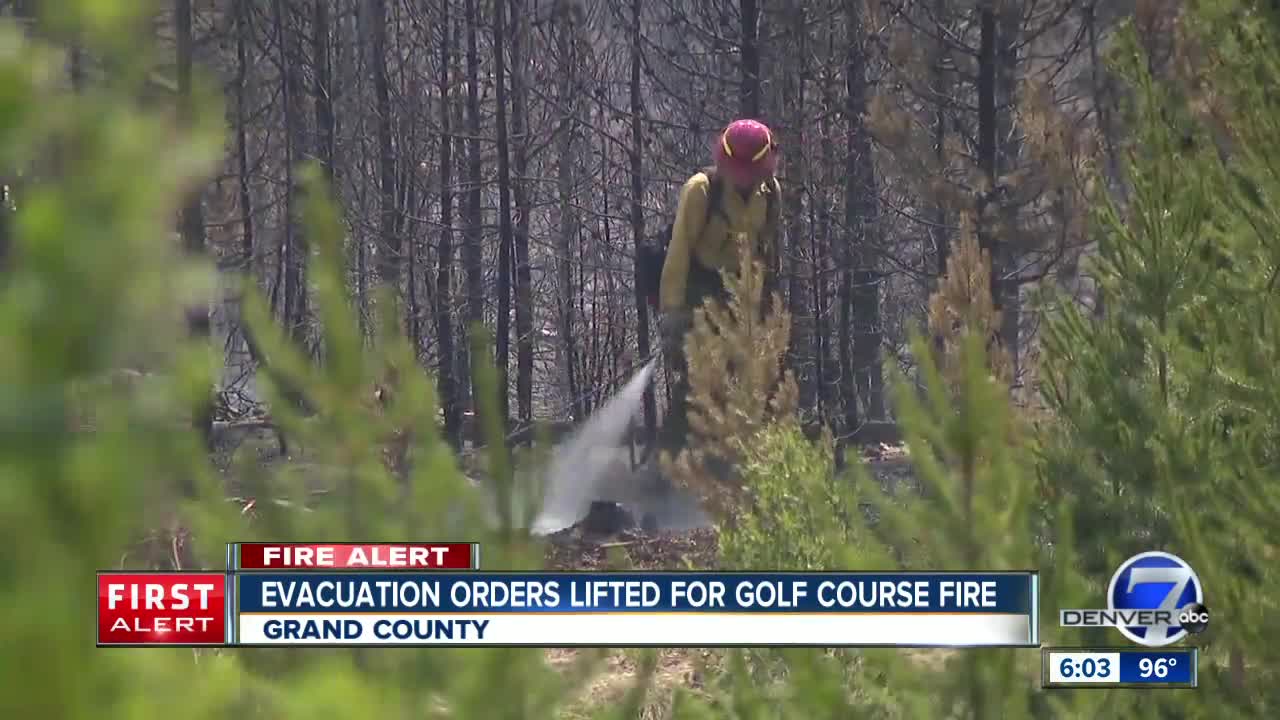 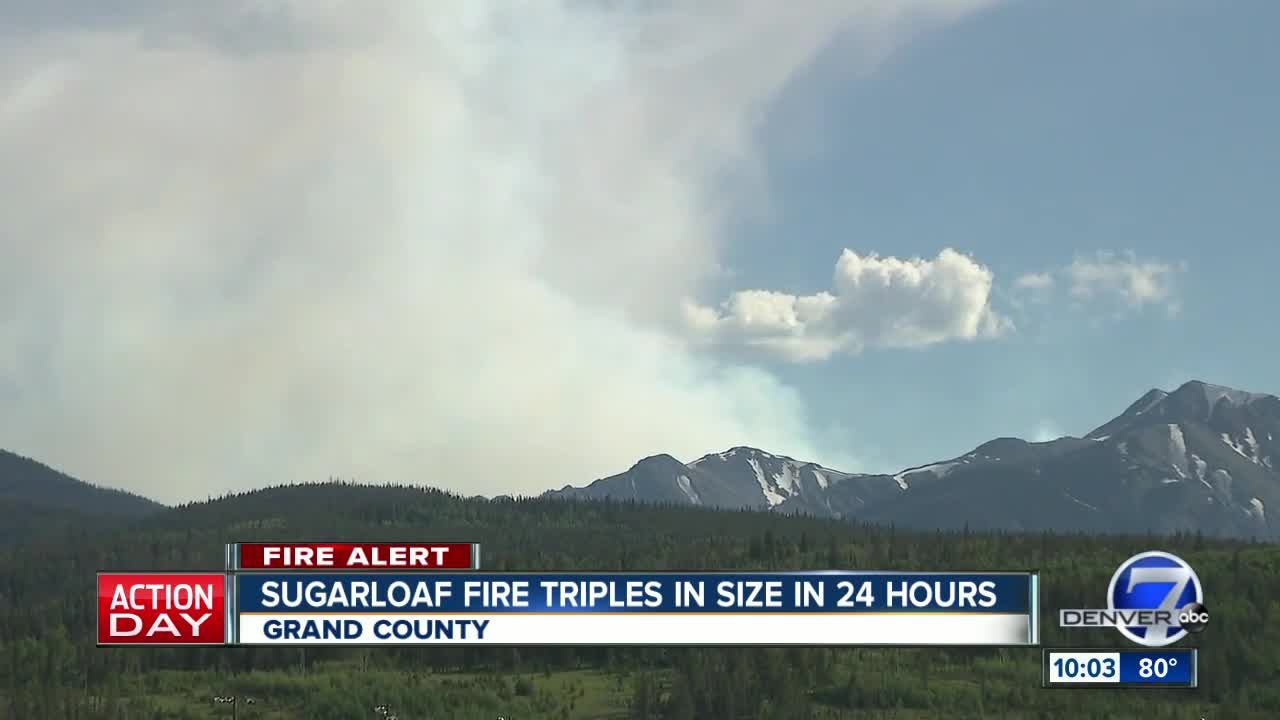 DENVER – Firefighters continue to battle several new wildfires that broke out across Colorado on Thursday.

The largest of the new fires, the Spring Fire in Costilla County in southern Colorado, had grown to nearly 24,000 acres in size as of Friday morning. It jumped over Highway 160 Friday morning.

A crew of 8 Boise Smokejumpers is responding to the Turret Fire, burning 22 miles Northeast of Glenwood Springs and 4 miles Northwest of Sweetwater Lake in the Flat Tops Wilderness of the White River National Forest in Garfield County. The fire was reported on Thursday, June 28th at 7:20 pm and the first resources arrived on scene at 9:00PM. As of 1:30PM on Friday, June 29th the fire was 6 acres. The fire is located in remote terrain and is burning in Spruce/Fir intermixed with meadows. A number of spot fires have been reported outside of the main fire area as a result of the exhibited fire behavior yesterday.

Authorities are issuing a mandatory evacuation for residents living at the High Chateau and Highland subdivisions in central Teller County. A total of 111 homes have been evacuated. County Road 11 and County Road 111 are closed.

A shelter has been set up at Central City High School. No structures were in danger as of 3:30 p.m. Friday.

Officials said Cuchara residents have two hours to evacuate either north or south on Highway 12 then the highway will be closed.

Evacuees should check in at the Red Cross Shelter at the Huerfano Community Center, 928 Russell in Walsenburg. Proper identification and proof of address will be required to be credentialed. The credential will also serve as an eventual re-entry pass.

Highway 160 is closed between Fort Garland and La Veta due to the fire and pre-evacuation notices have gone out to residents in La Veta, Cuchara, Paradise Acres, Navajo Ranch, areas north and east of Trinchera Ranch Road and south of Highway 160 in the Fort Garland area. Officials ask that residents be ready to evacuate at a moment's notice. The entire district of the La Veta Fire Protection District is either under mandatory or pre-evacuation orders.

A meeting for evacuees is scheduled for 6 p.m.

At a noon media briefing, fire officials said the fire size estimation of 23,880 acres was made at 9:35 p.m. Thursday night and that the fire is "much bigger" than that as of Friday after "a lot of activity" overnight.

AIRTRACKER7 flew over the area Friday morning. Aerial video shows some homes in the Wagon Creek subdivision were destroyed. However, the fire appeared to have spared others as one home stood undamaged amid charred trees.

Officials said winds and warm weather has created red flag conditions through the evening that will continue to fan the flames and grow the fire.

Air resources have been ordered and a federal team is on the ground. A Type II Incident Management team is also at the fire. Officials said protecting life and property is still the main goal.

Officials said at the noon press conference that they still don't have an estimate on the number of structures lost.

Mandatory evacuations have been lifted for 300 homes, which affected about 450 people, in Grand County on Friday, County Office of Emergency Management Chief Ray Jennings said at around 7 p.m.

Jennings told Denver7 over the phone they wanted to urge people to be careful with fire as things we normally take for granted can cause them to start. They also urged people to drive slowly on the reopened roads because it can be hard for firefighters on foot in smoky conditions.

A road closure remains in place on County Road 48 from Road 471 to Deer Trail/Kinnickinick.

As of noon Friday, residents are expected to remain evacuated through at least 6 p.m. Friday because of high winds. Firefighters say there are hot spots surrounding homes on the north side of Golf Course Road that crews are working to put out. Fire crews said at noon that containment had reached 60 percent and that there are zero structures that have been lost. There is another community meeting planned for 6 p.m.

The evacuations impacted the Columbine Lake and Winding River Ranch subdivisions. The evacuated area was from County Road 48 north on the west side of U.S. Highway 34. In addition, Rocky Mountain National Park’s Kawuneeche Visitor Center was evacuated along with U.S. Forest Service housing in the area.

The evacuation shelter was the Grand Lake Center at 301 Marina Drive in Grand Lake.

Officials told Denver7 Friday morning that the fire was not naturally caused.

Officials say the Sugarloaf fire is burning toward high alpine tundra in a remote area of the Williams Fork drainage and though resources are on the scene, the Forest Service is not using full fire suppression techniques. Officials said a closure in the area of the fire is likely on Friday, which will affect some trails, roads and campgrounds.

Pueblo County Sheriff's Emergency Services Bureau responded to a grass fire southwest of the Stonemoor Hills neighborhood Friday afternoon. Residents in the area of Highway 96 west of McCarthy Boulevard to Reservoir Access were asked to evacuate the area. The Nature Center and Raptor Center were evacuated as well. As of 4:15 p.m. Friday, there was no threat to the Regency or West Park neighborhoods. Highway 96 is closed mile marker 51 to mile marker 53. No structures have been damaged.

At 4:45 p.m., Colorado Parks and Wildlife evacuated 93 campsites at the Arkansas Point Campground on the south side of Pueblo Reservoir. No campers were injured and everyone in that campground who wanted to stay was directed to the overflow parking lots at the Northshore Marina. CPW also evacuated boaters from the Southshore Marina. At this time, CPW is not allowing any launching of boats on the reservoir.

On Friday afternoon, authorities announced that there were mandatory evacuations for all homes between the fire and County Road 22. As of Friday morning, a Type 3 team had taken over command of the Weston Pass Fire in Park County. A Type 2 team joined their efforts by Friday evening. Crews are working to set up a fire line to contain the fire.

Firefighters also continue to battle the 416 and Burro fires in southwestern Colorado, which continue to grow due to hot, dry conditions. The 416 Fire was estimated at 41,617 acres as of Friday morning and 37 percent contained while the Burro Fire was about 3,800 acres and 40 percent contained.