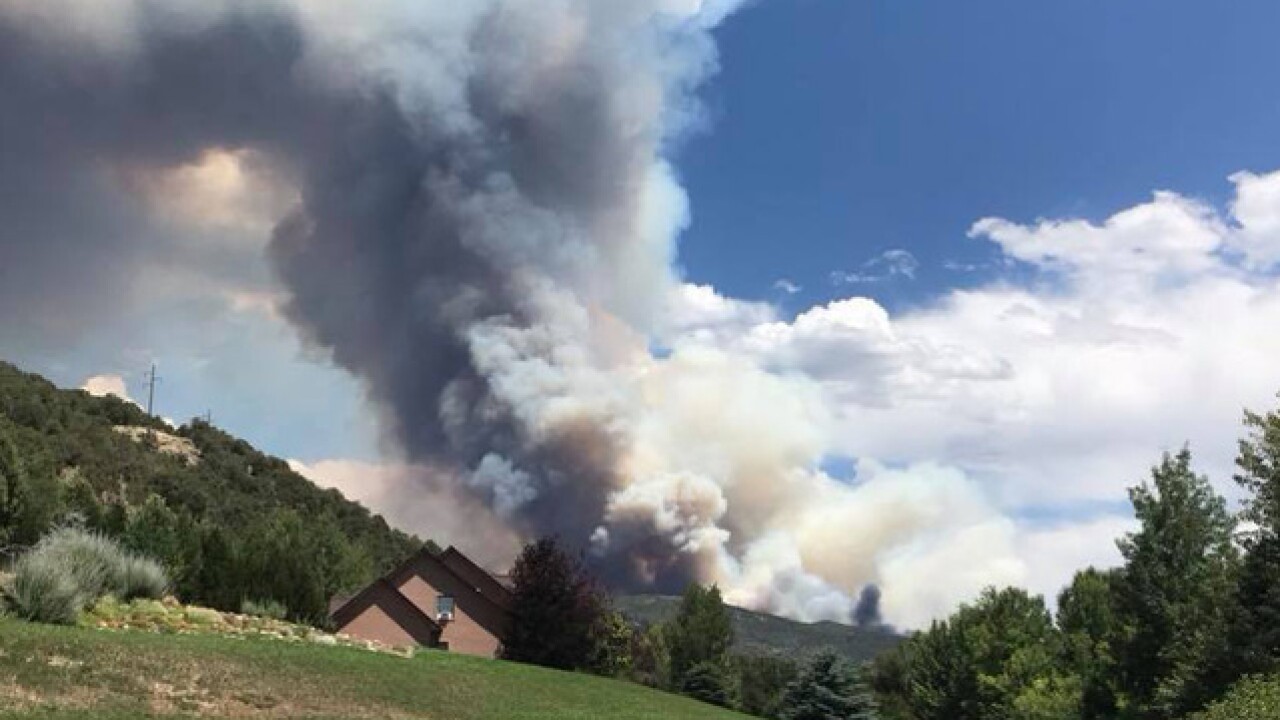 Aaron Knot
<p>The Lake Christine Fire near Basalt has prompted the evacuation of hundreds of homes.</p> 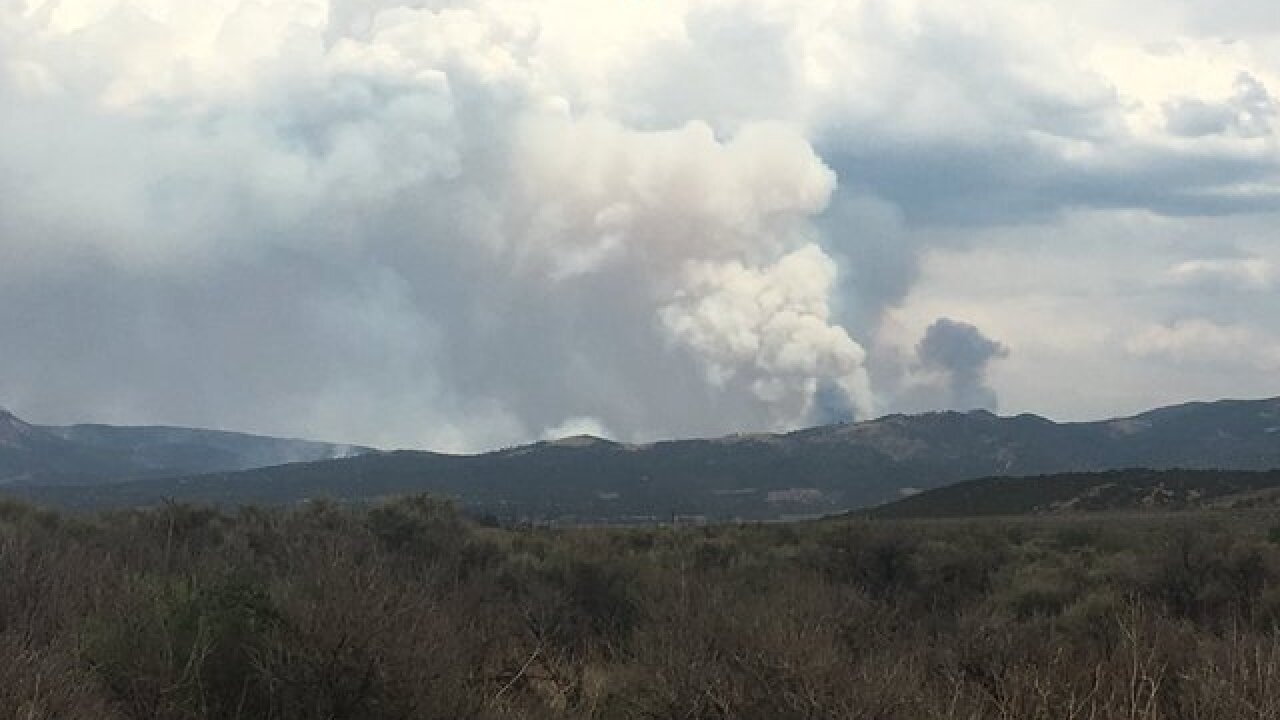 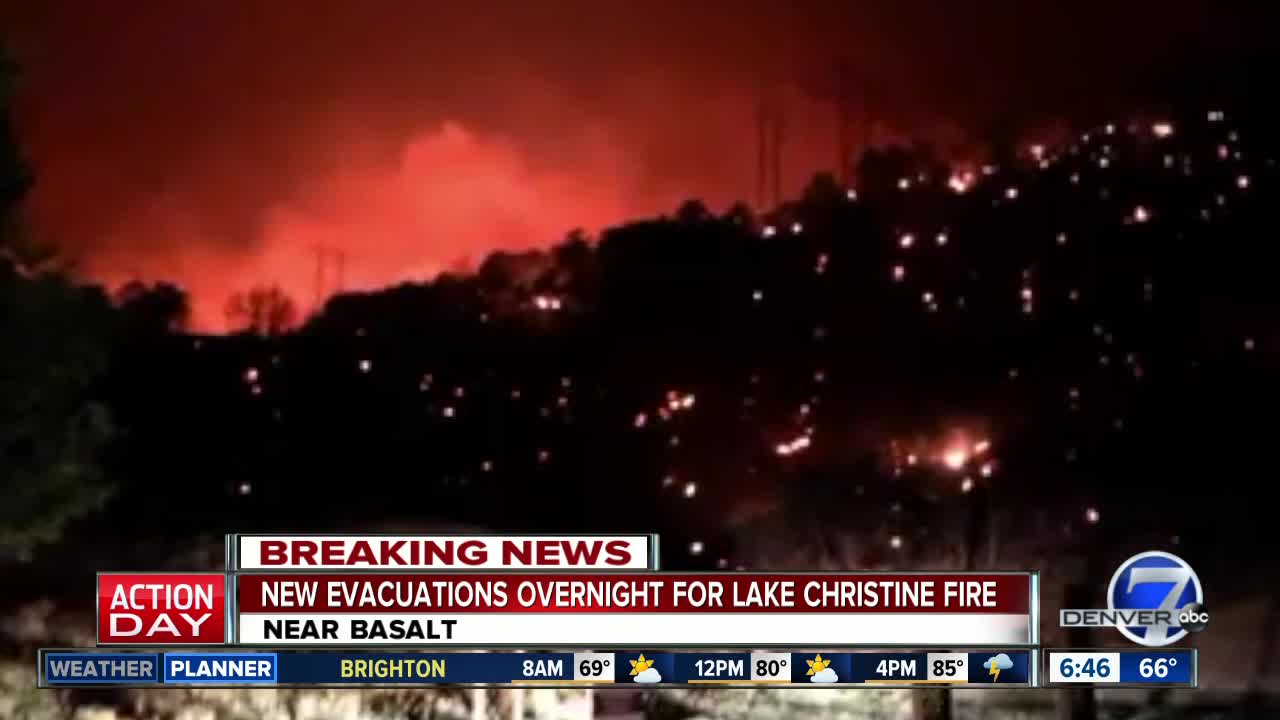 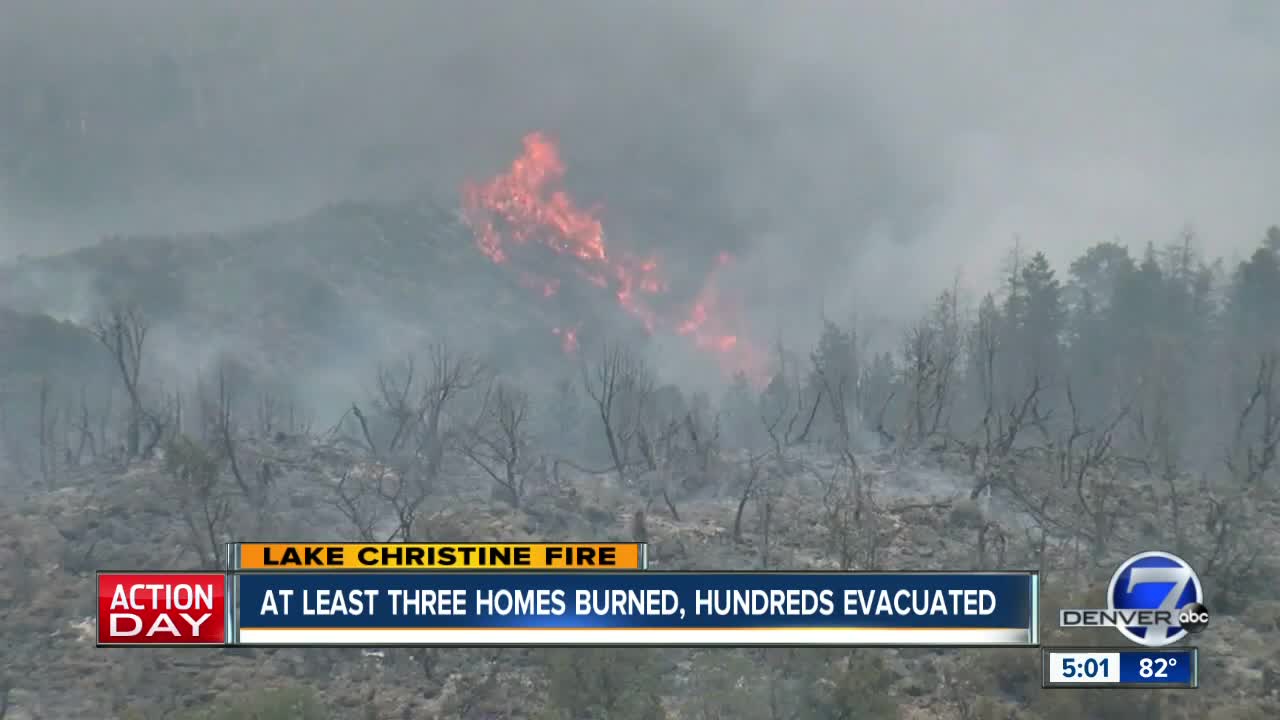 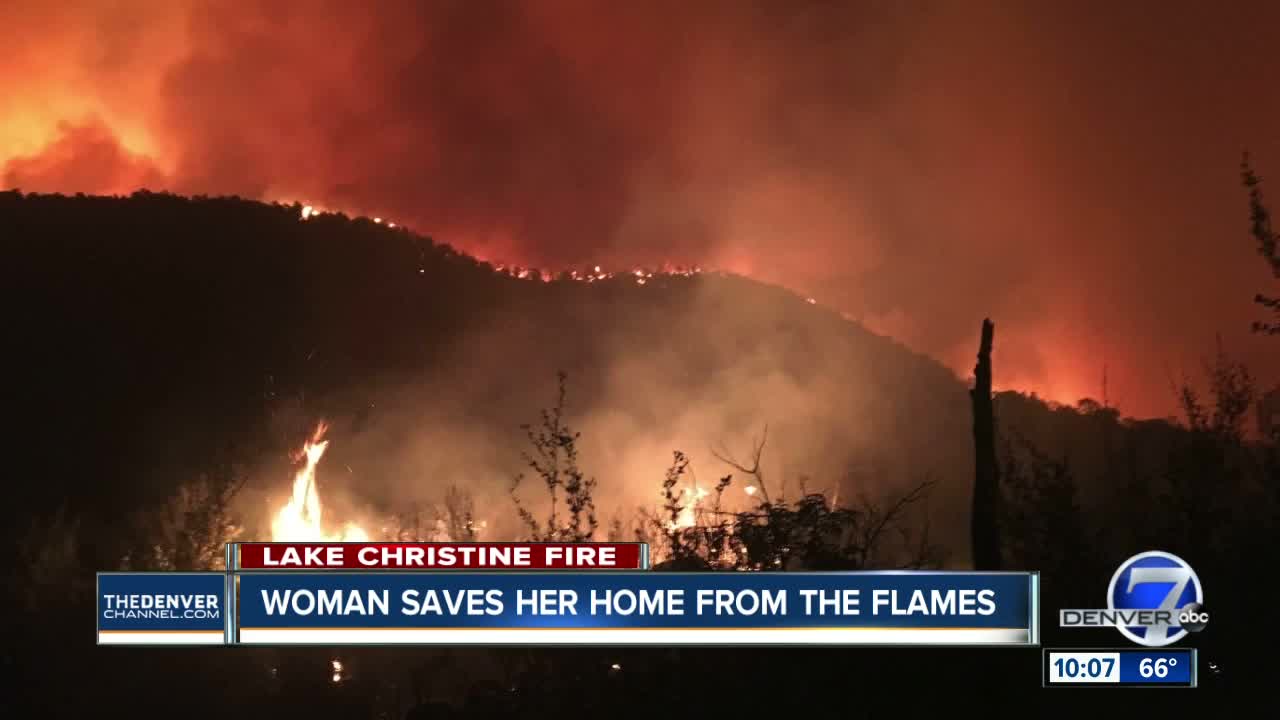 The fire, which started at the Basalt gun range, was estimated at about 2,700 acres as of Wednesday night.

Firefighters also still have their hands full with the Spring Fire in southern Colorado, which has grown so large it is now the third-biggest wildfire the state has ever seen. Officials said Thursday morning that the fire had grown to more than 100,000 acres.

Here’s the latest on some of the major fires currently burning:

The Spring Fire east of Fort Garland has forced the evacuation of more than 2,000 homes since last Wednesday. Officials said 132 homes have been destroyed so far during a community meeting in La Veta. More than 1,000 personnel are currently working on the blaze.

Highway 160 remains closed due to fire activity. Highway 12 is also closed in the Cuchara Valley area due to mandatory evacuations.

Anyone with further questions about the Spring Fire can call a hotline set up at 719-480-8719.

The Lake Christine Fire started on Tuesday near Basalt and has quickly grown in size, prompting officials to order mandatory evacuations for some residents near the fire. The most recent orders went out to residents in the Missouri Heights area and all homes to the east of Upper Cattle Creek Road. The latest evacuation information is posted on the Eagle County Sheriff’s Facebook page.

The evacuation center, initially set up at Basalt High School, has moved to Roaring Fork High School in Carbondale.

Late Wednesday, the White River National Forest issued an emergency closure order for all National Forest Lands north of Basalt State Wildfire Area between the National Forest Boundary and Bowers Gulch to the west, and southwest of Red Table Mountain and Frenchman Creek to the east.

The fire is burning west of the Basalt gun range in Eagle County. The Eagle County Sheriff's Office tweeted that there were multiple crews on scene with air support.

Officials said the fire was caused by two people shooting tracer rounds, which were prohibited under fire restrictions in place at the time, at the Basalt shooting range. Both people have been charged with fourth-degree arson.

Amber Barrett, with the Eagle County Sheriff's Office, told Denver7 Thursday evening they expected more charges for the pair depending on the costs of the firefighting efforts to put out the blaze. The couple could be potentially responsible for restitution for the firefighting effort for up to $1 million, Barrett said.

The Denver Fire Department said Friday it had sent eight firefighters and 2 Engines to the Lake Christine Fire.

Fire officials say a tornado moved across the fire area at around 1:45 p.m. Thursday. No injuries were reported.

The cause of the Weston Pass Fire was lightning, officials said.

This fire started June 28 from a lightning strike near the South Fork of Darling Creek, just south of Byers Peak Wilderness. It is part of the "big kill" area that devastated pine forests a couple decades ago. The dead trees still standing present dangerous conditions. The fire is not immediately threatening homes or businesses.

After several days with little activity, the Divide Fire flared up Wednesday at 3 p.m., making a push to the northeast. Firefighters on the ground worked with four single engine air tankers and a medium helicopter to check the fire growth from Wednesday. The fire has not burned additional acreage so far on Thursday.

One structure was lost on Wednesday, although firefighters were able to protect several other structures. An additional structure was destroyed by the fire June 29. The fire has burned a combination of private and Bureau of Land Management lands 32 miles northwest of Craig.

The cause of the Divide Fire, which was first reported June 29, remains under investigation, including the increase in activity from Wednesday.

Note: This map and the data contained within are maintained by The Colorado State Emergency Operations Center and some information may be delayed. Check with your local fire district for the most updated information.