Colorado unemployment rate fell to 10.2% in May as businesses started to reopen

CDLE says job gains account for ~20% of losses since February 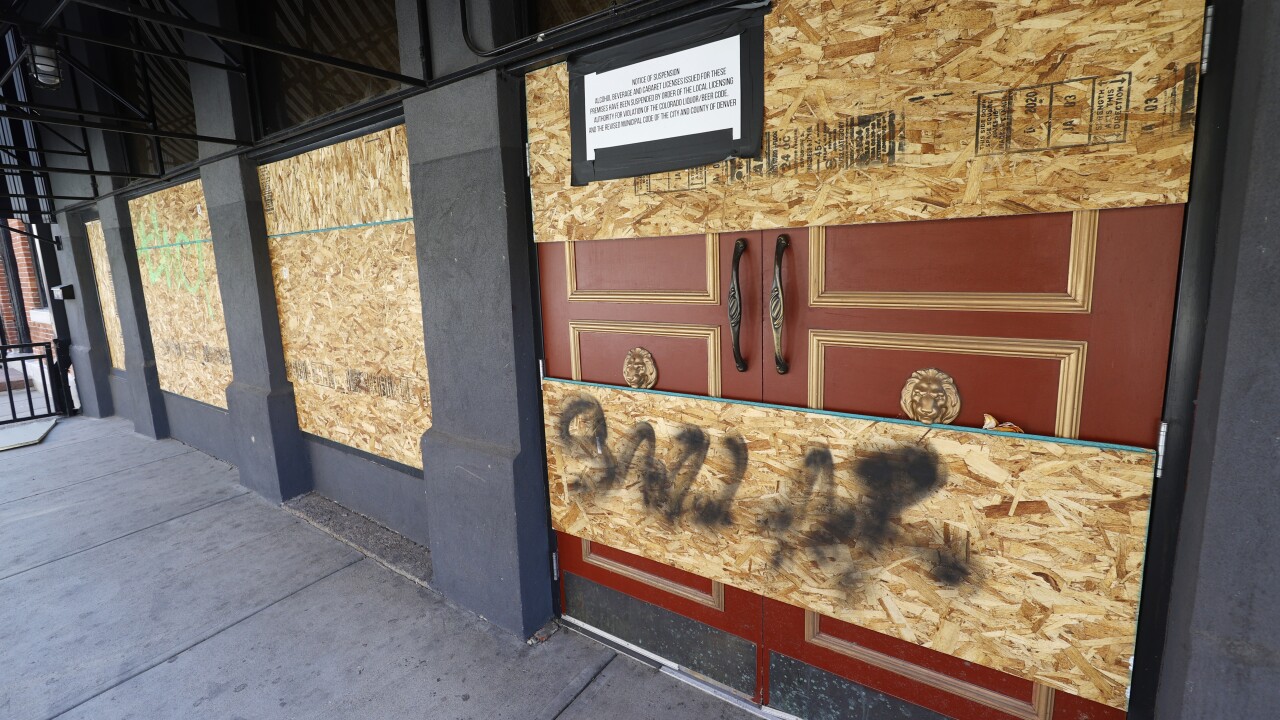 (Copyright 2020 The Associated Press. All rights reserved. This material may not be published, broadcast, rewritten or redistributed.)
David Zalubowski/AP
Sheets of plywood cover the door and windows of a now-shuttered restaurant during the coronavirus pandemic Thursday, June 18, 2020, in downtown Denver. (AP Photo/David Zalubowski)

DENVER – Colorado’s unemployment rate fell two percentage points to 10.2% in May as state businesses reopened, according to data released Friday by the Colorado Department of Labor and Employment.

April’s unemployment rate was also revised up to 12.2% from 11.3% as the department had previously reported. The unemployment rate is determined by a household survey done each month and is often revised as more data become available.

According to the CDLE’s business survey, private-sector payroll jobs increased by 80,800 and government jobs decreased by 12,000 in May, resulting in a net gain of 68,800 nonfarm payroll jobs added back to the workforce in May.

The department said the number of people unemployed in Colorado fell by 61,200 during the month.

The leisure and hospitality industry saw the strongest gains in job numbers, which increased by about 29,700 during May. Education and health services (about 23,000), other services (about 6,700), manufacturing (about 6,500) and construction (5,900) also saw among the larger gains in jobs.

CDLE officials said the job gains in May accounted for about 20% of jobs lost since the end of February – right before COVID-19 hit Colorado in earnest and led to government restrictions on businesses and people’s movements.

CDLE officials also said Friday they had detected fraud surrounding payment requests this week for the Pandemic Unemployment Assistance (PUA) program for self-employed and gig workers and had stopped most of the payment requests that had been suspected as being fraudulent.