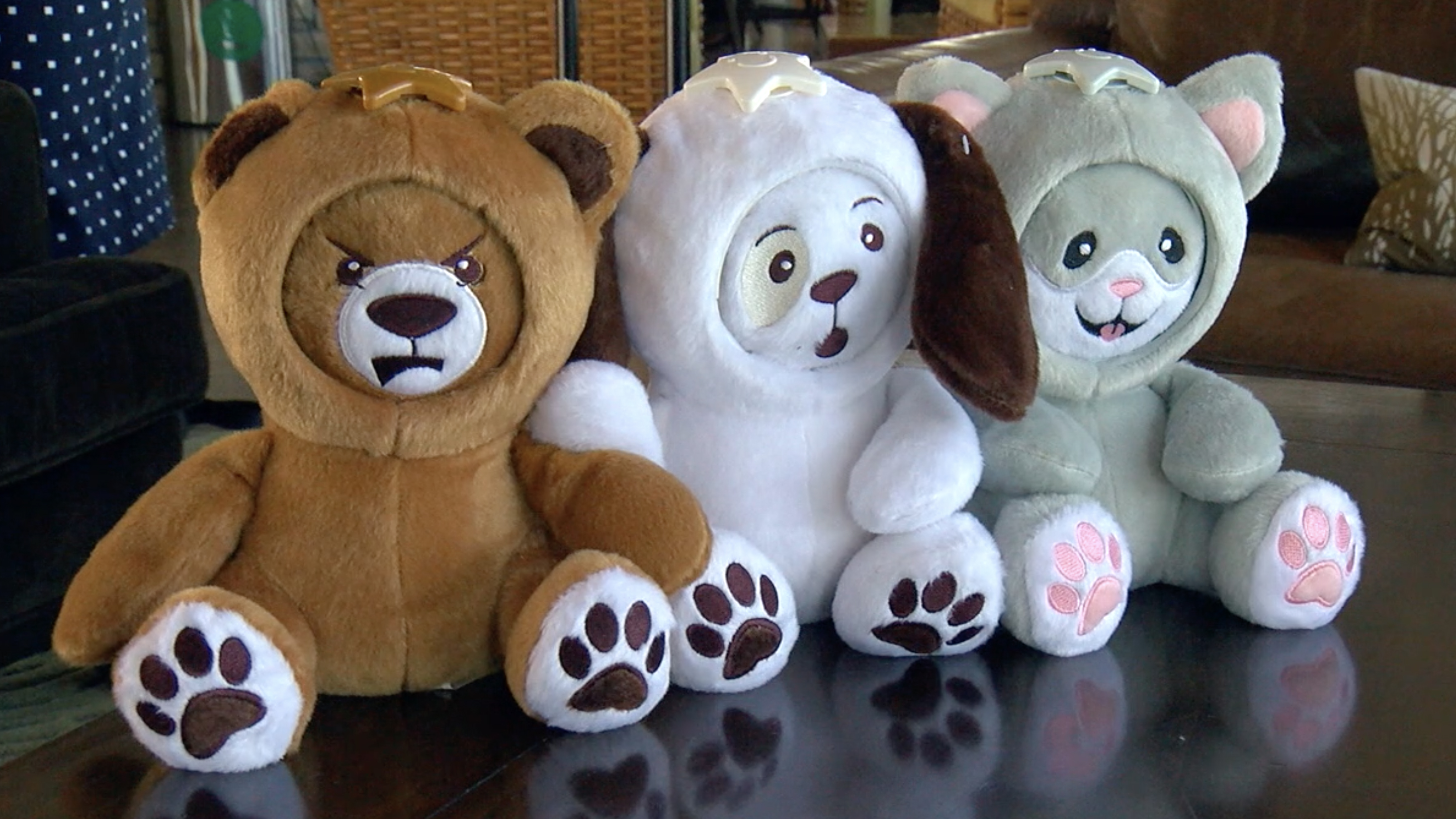 WhatsItsFace plush toys come as a stuffed dog, cat or bear, each with six facial expressions. 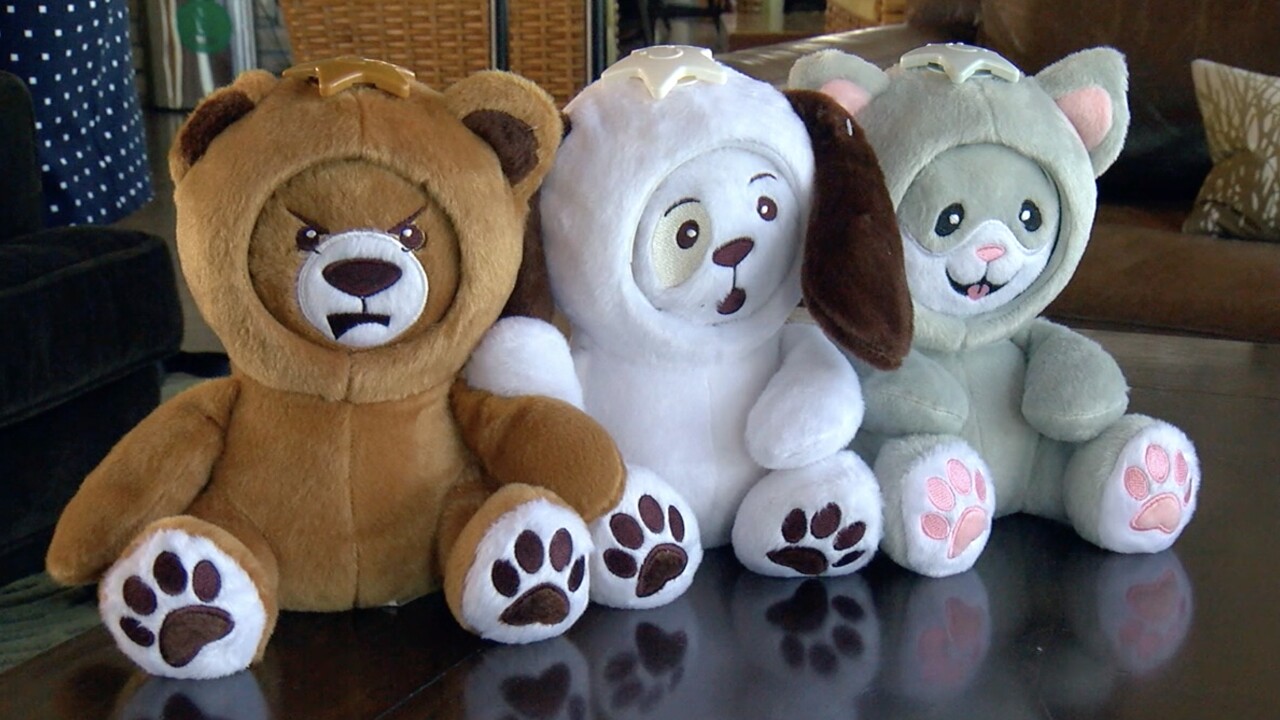 DENVER — Family time is a huge component of the Colorado lifestyle; there is so much to do and so much to explore with children.

Now, you're in good company with a local toy meant to let their imaginations run wild and give parents a window into their worlds.

It’s a stuffed animal with a twist.

“Somehow bringing a stuffed animal to life,” said Colorado mom Joanna Paul. “That's where the idea for the toy WhatsItsFace was born.”

WhatsItsFace is Paul’s brainchild. She said she was inspired watching her own kids play.

The plush toys come as a stuffed dog, cat or bear, each with six facial expressions.

“The toy can react to different play scenario situations,” Paul said. “You know, if there's a joke in the house, there you go, there's a face for that.”

The toys are happy, angry, sleepy, and surprised.

And Joanna noticed an immediate impact on her kids’ abilities to express emotions in the early stages of life.

“They really get a chance to practice empathy and understanding in this make-believe environment that they can control,” Paul said.

Living in Highlands Ranch, Paul has had plenty of other families take their turns playing with WhatsItsFace toys.

“I've had so much support and so much feedback,” Paul said. “It's been like my personal focus group.”

She’s now in talks with Children's Hospital about a partnership and sells the stuffed animals to anyone online at whatsitsface.com.

But she has bigger plans for the WhatsItsFace brand.

“I would love to develop books for kids that go along with the stuffed animals,” Paul said. “Big pie in the sky? A TV show.”

The stuffed animals integrate education with innocent fun in a language anyone can understand.

“Probably the laughing face is the best,” Paul said with a smile. “I think that really cracks kids up. This one's also very popular,” she added, pointing at the angry face.

Paul is a one-person shop at this point, but she hopes to ramp up business this holiday season.