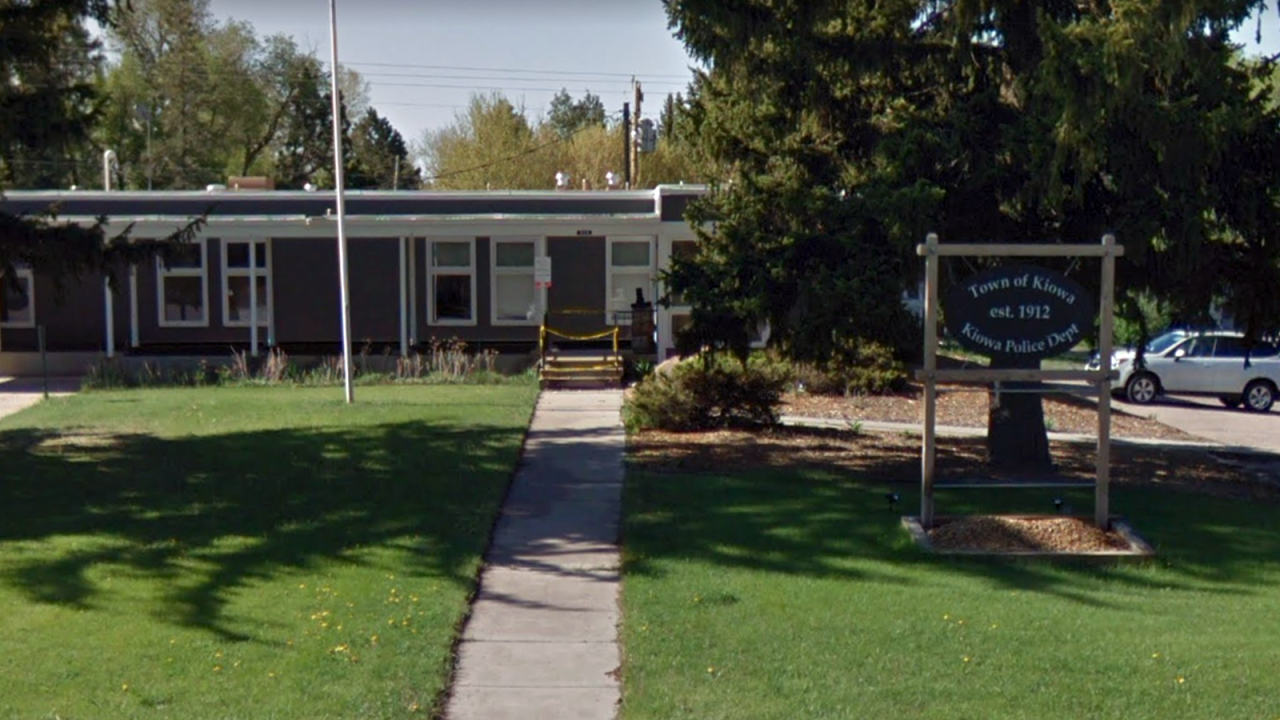 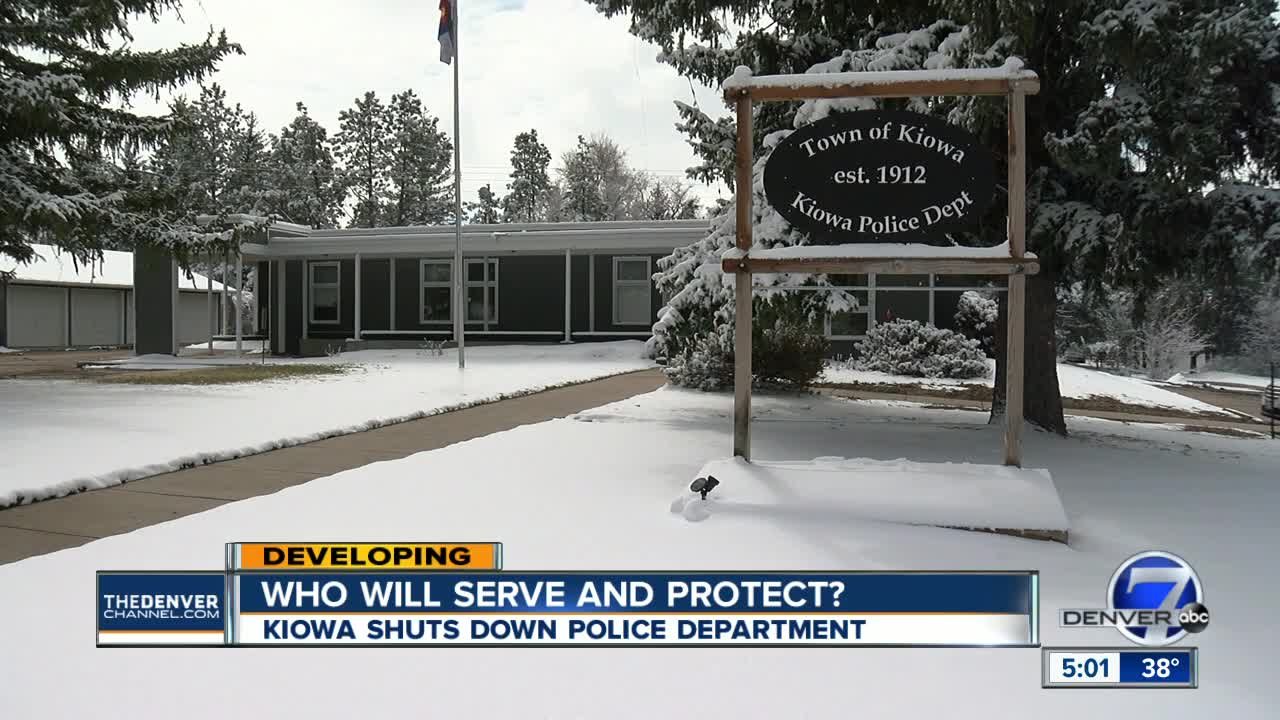 KIOWA, Colo. — Members of Kiowa’s three-man police force learned in a Friday evening text message from the town administrator that the department was being shut down and they were being laid off.

Town Administrator Joe Racine wrote in an email to the town Board of Trustees that he and the mayor had informed the police chief in person of the department's closure. And he had taken possession of Kiowa's one patrol car and changed the building’s locks.

In a text message to the town's two other officers – a part-timer and an unpaid reserve officer – he notified them that, "all operations of the Kiowa Police Department have been suspended, effective immediately." He also asked them to turn in their town keys and gear next week.

Racine told Denver7 that the town of 750 people has a limited tax base and has struggled to maintain revenue to provide services for residents.

He acknowledged that town depended on revenue from sources, like traffic ticket fines. But ticket “revenue had dropped off severely in 2018 and continue to remain low this year.”

“Kiowa certainly doesn’t have (ticket) quotas. But that was a big contributor to the town’s budget,” Racine said.

Racine said shutting down the police department was his “administrative decision.” But he added that he had the support of the town’s seven-member board of trustees, who have been concerned about providing needed services with a “very limited budget.”

On Friday, Elbert County sheriff’s deputies were patrolling the town. And Racine said he and the town board of trustees will work on a long-term agreement to have the sheriff’s office police the town.

The small town is not without some crime. The volunteer Kiowa Fire Protection District posted on its Facebook page this week that someone had vandalized five vehicles, including a fire vehicle and two private cars belonging two firefighters at the town’s Station Number One. All the vehicles had to be towed because of the damage, and fire officials were asking anyone with information to call the agency.