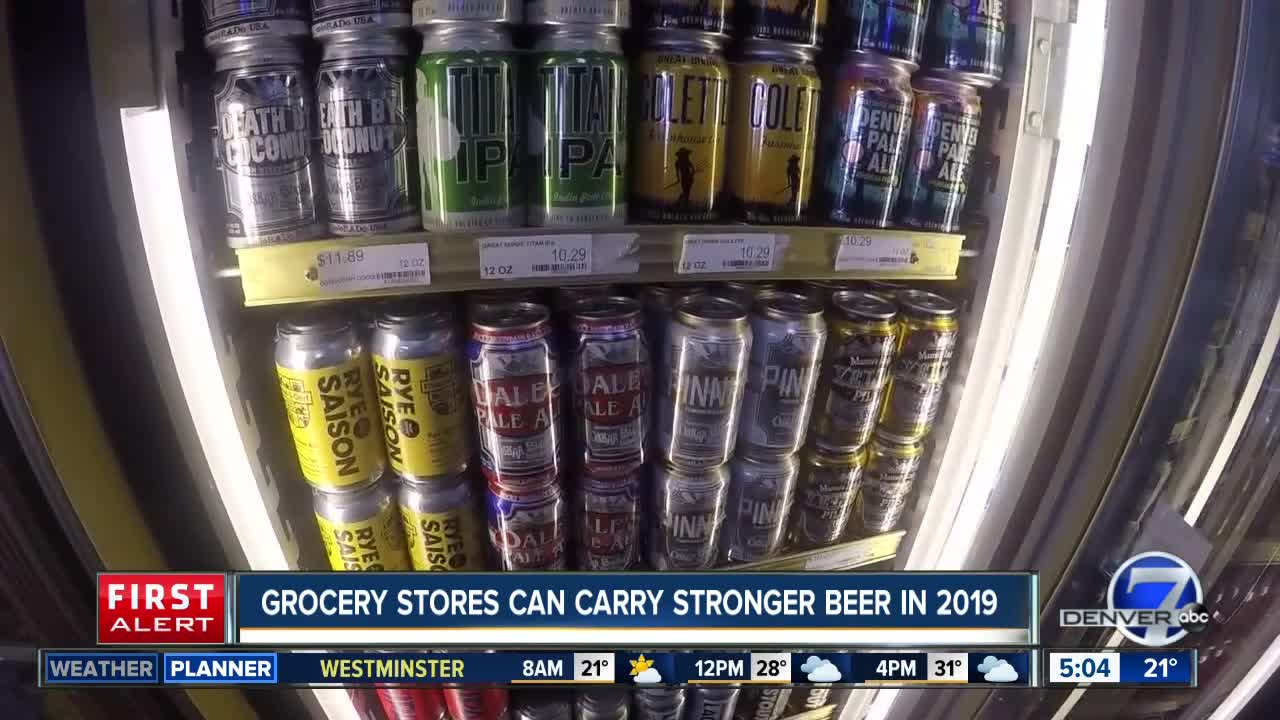 March 21, 1933 was a day to celebrate. Nine months before prohibition was repealed, President Franklin Delano Roosevelt signed a bill legalizing the sale of 3.2 percent beer. Now, 85 years later, Colorado will celebrate the demise of that beer.

DENVER — March 21, 1933 was a day to celebrate. Nine months before prohibition was repealed, President Franklin Delano Roosevelt signed a bill legalizing the sale of 3.2 percent beer. Now, 85 years later, Colorado will celebrate the demise of that beer.

"I don't think anybody buys it," Cody Allenbrand said while shopping at a Denver King Soopers store.

To stay on the shelves this long, somebody had to have been buying the weaker beer. But as other states gradually expanded their laws to allow grocers to sell full-strength beer, Colorado was among a small number of states holding out. Liquor stores lobbied heavily against the change, but in the end, consumers and retailers won.

He said he believes the convenience factor kept 3.2 beer alive, but customers have long expressed the desire for stronger domestic and craft beers.

In 2016, the Colorado General assembly passed SB-197, paving the way to expand ownership of liquor licenses. Part of the bill also stipulated that 3.2 beer would be phased out on Jan. 1, 2019. This year, the legislature followed up with a bill related to full-strength beer sales.

Grocery chains in Colorado with a fermented malt beverage license have been able to convert that license to allow them to sell full-strength beer and malt beverages.

Convenience stores and gas stations will also be able to sell full-strength beer. Wine and hard liquor will still be sold only in liquor stores, pharmacies with a special license, and a select number of grocery stores that have obtained additional liquor licenses under the 2016 expansion law.

So, what will happen to the 3.2 beer still on store shelves as of Jan. 1? Williamson said the price will be marked down in the following days.

Stores have already stopped buying 3.2 beer and are currently using their extra cooler space for beverages like sparkling water.

Starting on Jan. 1, employees who are 18 years old and older can sell the full-strength beer and liquor stores can sell products not related to liquor and tobacco, as long as it doesn't exceed 20 percent of gross proceeds