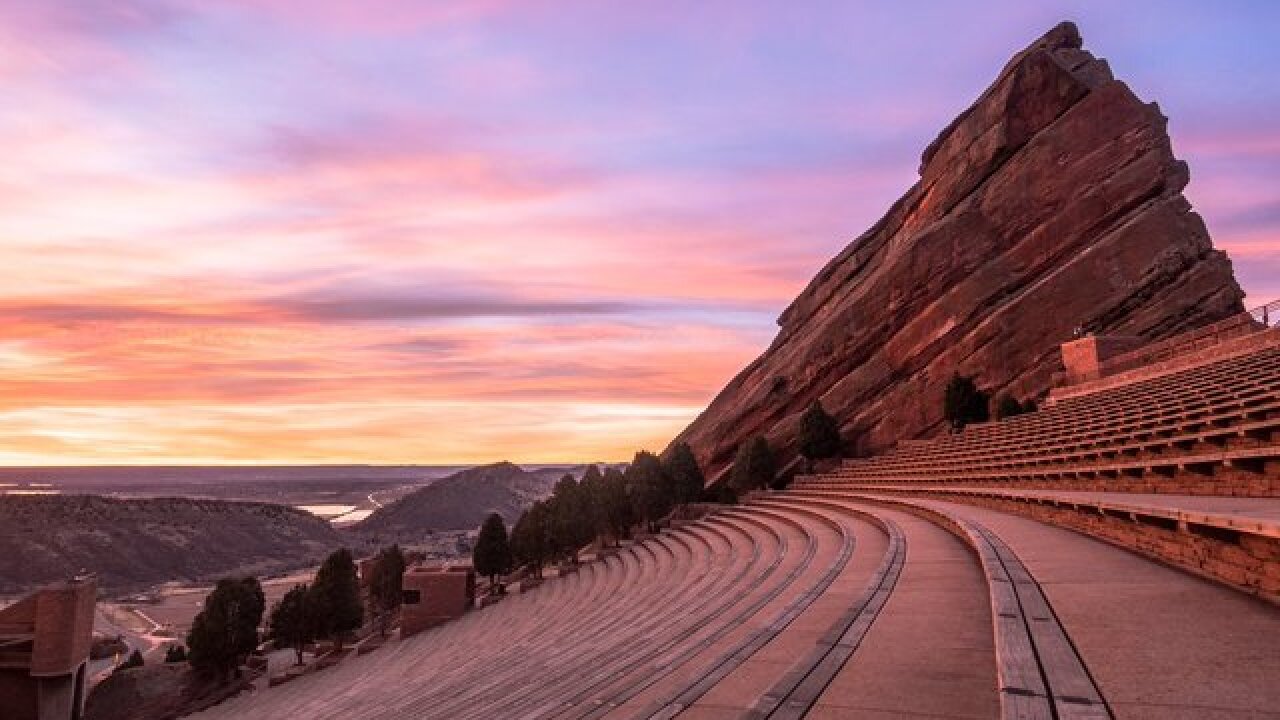 Copyright 2017 Scripps Media, Inc. All rights reserved. This material may not be published, broadcast, rewritten, or redistributed.
Mike Kvackay

DENVER – The first concerts to be hosted at Red Rocks Park and Amphitheatre in months will be five nights of acoustic performances from the Colorado Symphony.

The symphony on Friday announced its "Acoustic on the Rocks" series – five classical performances led by Resident Conductor Christopher Dragon that will take place from July 29 to Aug. 2.

Tickets are limited and cost $65 apiece. Seating will be spaced out for a socially-distant setup throughout the amphitheatre and masks are required. Households will be allowed to sit together.

Tickets went on sale this morning on the AXS site around 10 a.m., according to a Colorado Symphony spokesperson.

Colorado Symphony Chief Artistic Officer Tony Pierce said in an interview early Friday afternoon that tickets were selling quickly, with just 175 guests allowed per show. He said the Symphony may add more events in the future. The performances will feature a 20-piece ensemble.

The concerts will run 75 minutes with no intermission. Doors for each show will open at 6:30 p.m. and the concert will begin at 7:30 p.m.

People who are sick should not attend a show, and people who are not part of the same household will have to stay 6 feet apart from other guests at all times. The symphony says that concert details and guidelines “may be subject to change.” Red Rocks also has a FAQ section on its website about guidelines.