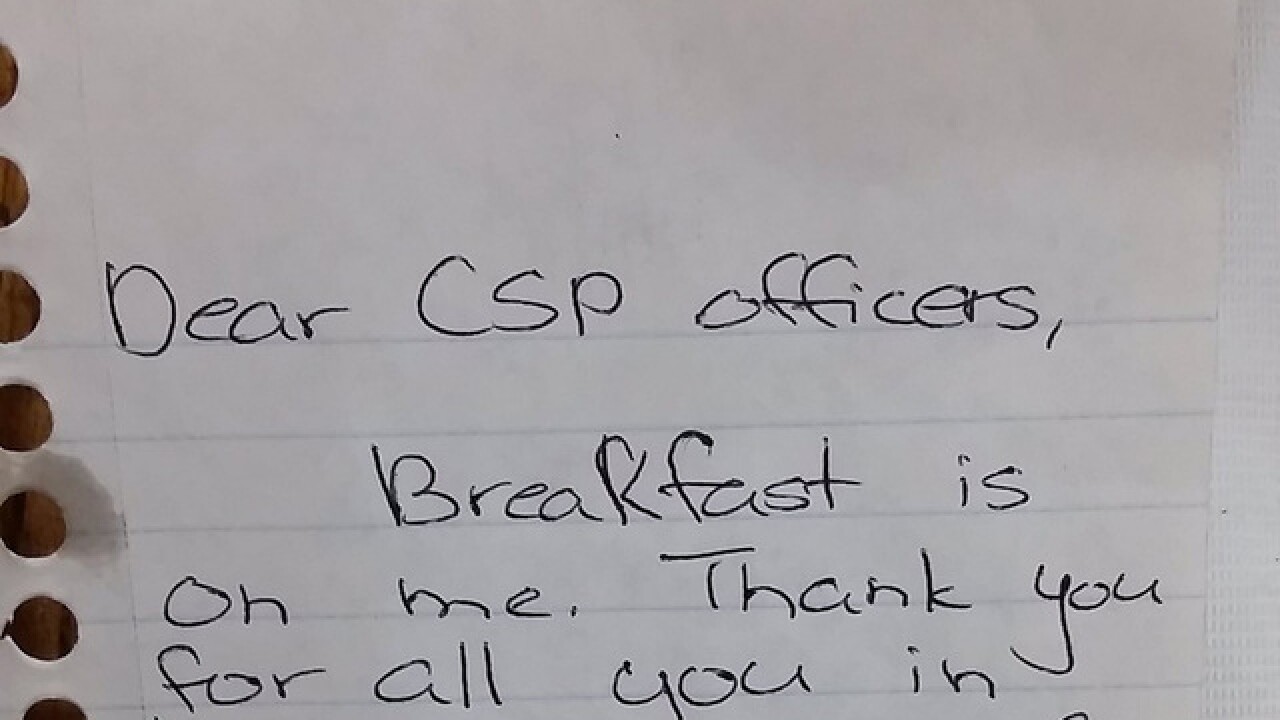 <p>A note written by two kids named Alyssa and Justin was given to the Colorado State Patrol. (Photo/CSP_News) </p>

DENVER -- Following the events in Dallas, Texas and Baton Rouge, La., law enforcement across the nation have been showered with numerous acts of kindness and support.

Such was the case for the Colorado State Patrol, who has received many letters and notes following these tragedies -- but not from adults, but from children instead.

Thank you Alyssa and Justin, you are the reason Troopers continue to do what they do each and every day. pic.twitter.com/gTaXGBIrHe

"You are the reason Troopers continue to do what they do each and every day," said an official on Twitter after receiving this latter.

But that wasn't the only letter of the day. Here are some others the department received from local children:

"The detractors may be loud and vocal but we know we have overwhelming support from so many, and we thank you for that support," said another CSP official on Facebook.