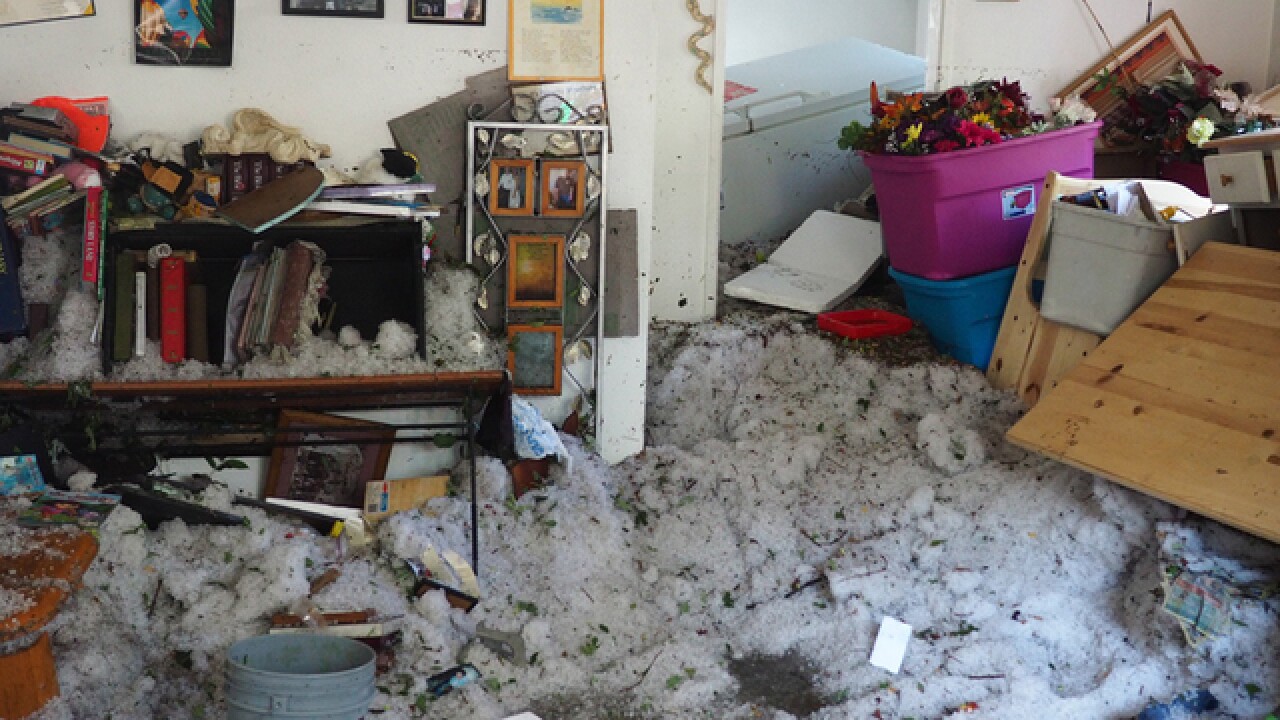 COLORADO SPRINGS, Colo. — The storm that swept through Colorado Springs Monday took a toll on the city.

The Red Cross reports at least 10 homes were badly damaged, half of which are unlivable. The organization has assisted 14 families so far.

Colorado Springs used snow plows to clean up after the powerful storm dumped heavy hail and rain across the city.

The hardest hit appeared to be in the northeast area of the city. A basement apartment home on Logan Street was under five inches of water, leaving mounds of hail and damage as it drained.

Crews were out Tuesday assessing and repairing roadway and drainage infrastructure. The city says several intersections have minor to significant damage and crews are prioritizing repairs.