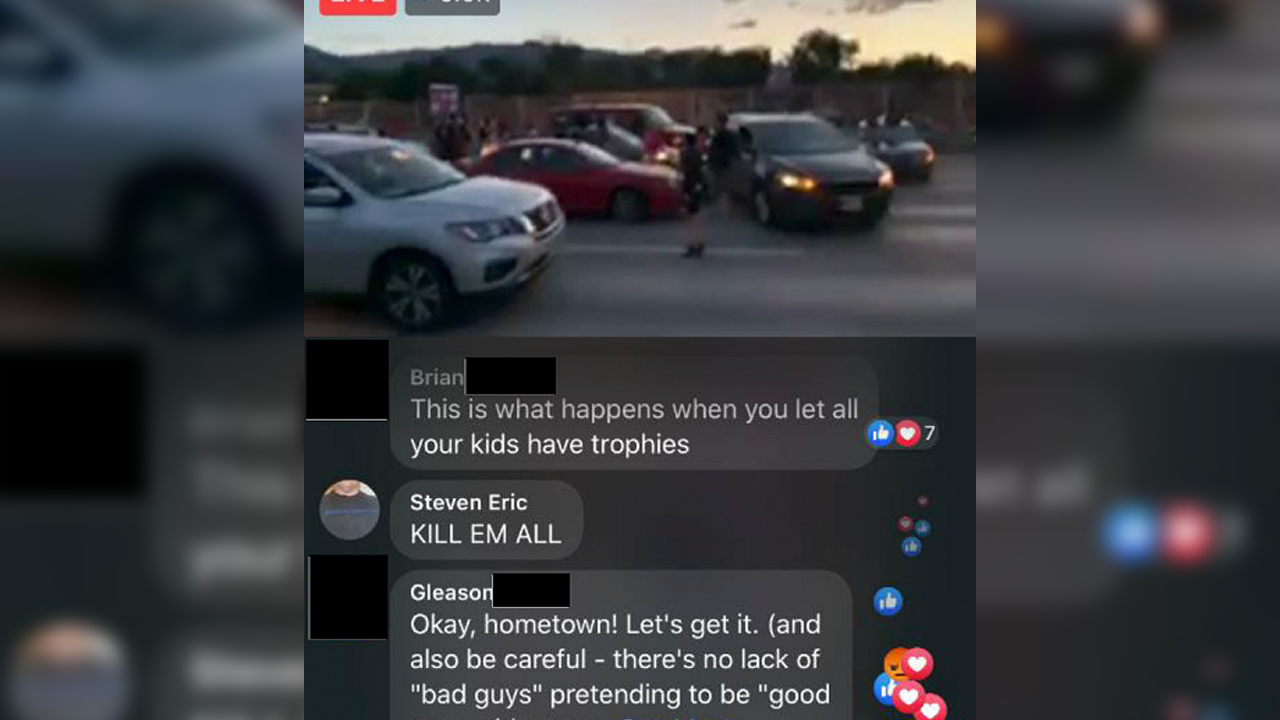 COLORADO SPRINGS, Colo. — An officer with the Colorado Springs Police Department was disciplined for a commenting “KILL THEM ALL” and “KILL EM ALL” on a Facebook live stream event of a Black Lives Matter protest in the city in June.

Sgt. Keith Wrede was suspended without pay for one week and reassigned to a different position within the department, according to a release from CSPD Chief Vince Niski. The disciplinary action will result in the removal from his specialized unit and approximately $2,044 in lost wages, wrote Chief Niski.

Wrede made the comments under a pseudonym “Steven Eric” during KRDO-TV Facebook live-stream of a BLM protest on June 30. A small group of protesters were blocking traffic on Interstate 25.

“Due to the inappropriate, unprofessional, and unacceptable nature of the comments, we immediately began an Internal Affairs investigation to determine if the comments were in fact made by Sergeant Wrede,” wrote Chief Niski in the release.

On July 15, Sgt. Wrede was interviewed by Sgt. Mareshah Duncan with the department’s Internal Affairs Section. He told Sgt. Duncan that the comments were not meant to be taken literally and were made while he was "going crazy" on Metallica.

“There's—the comment is not—I didn't mean as kill them, as in kill them,” Sgt. Wrede told Sgt. Duncan. “So, in no way did I want to kill those people, want those people killed, or anything like that. It was a result of, umm, music and [redacted]. And that night, I was just going crazy on Metallica's "Kill 'em all" on the way home.”

During the interview, Sgt. Duncan asked Sgt. Wrede what he wanted to accomplish by making those comments. He said he wasn’t in the right frame of mind at the time to make good decisions and denied that he was trying to incite violence against the protesters.

Sgt. Wrede claimed his comments were not against Black Lives Matter or any group or race. Rather, he said the anger toward protesters stemmed from a 2017 incident in which he and other officers were shot at. He brought up other incidents, like the Planned Parenthood shooting, where he felt his life was in danger.

“So the anxiety of all of that, it just built and built and built. And I think we did 12 days straight out there dealing with the protests. And it just continued to build and it continued to build and on the second day of the protests, I couldn't get it out of my mind. I could not get out of my mind that They're gonna kill us and we're gonna die,” said Sgt. Wrede.

Chief Niski said despite the frustration Sgt. Wrede may have been experiencing, there was no excuse for the comments.

"It was determined that the comments were made off-duty out of frustration and there was no indication of any physical action or intent to cause harm. I am in no way minimizing Sergeant Wrede’s words. His comments were unacceptable, have damaged our relationship with members of our community, and fell short of our standards,” wrote Chief Niski.