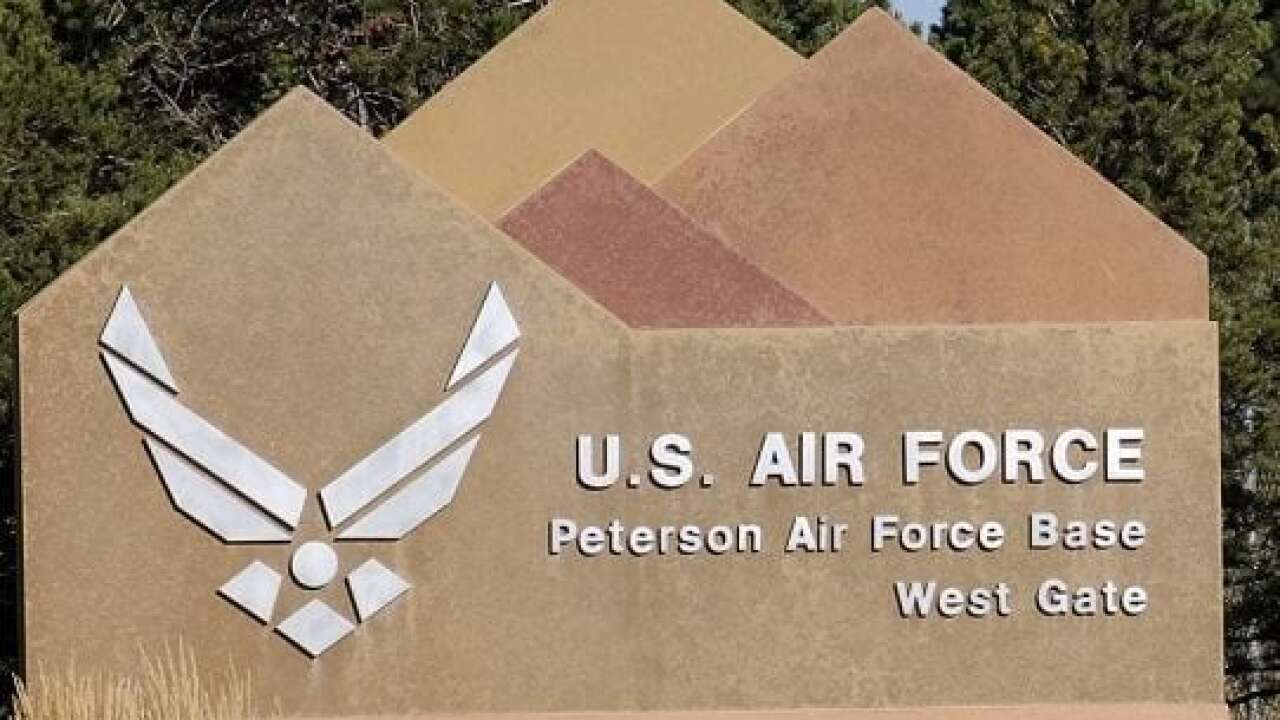 COLORADO SPRINGS, Colo. — The Peterson Air Force Base in Colorado Springs was named a finalist for the U.S. Space Command headquarters' permanent home.

The base is already provisionally located at Peterson AFB for the next six years until a permanent base is established.

Bennet, a member of the Senate Select Committee on Intelligence, and U.S. Senator Cory Gardner have led the charge pushing for Colorado to be named the home of the permanent headquarters.

“Congratulations to Colorado Springs on being named a finalist to be the permanent home of U.S. Space Command. I also offer my gratitude and congratulations to all those across Colorado, especially the Aurora community, who have worked tirelessly for the last year to reinforce Colorado’s identity as the epicenter of the nation’s national security space mission. With our infrastructure, innovation, work force, and commitment to the space mission, there is no better permanent home for U.S. Space Command than Colorado. I look forward to the final selection in the near future.”

Gardner, a member of the Senate Committee on Commerce, Science, and Transportation, which is key to the oversight of U.S. space and aerospace policies, said Colorado possesses the trained military personnel and technical expertise needed to coordinate space operations for the U.S. military and address emerging threats in space.

“In Colorado we are proud to play a pivotal role in our national defense and military space operations, and I am thrilled that Peterson Air Force Base will receive a site visit for consideration to be home to U.S. Space Command headquarters,” said Senator Gardner. “Colorado’s leadership in space is unmatched – with our existing military space infrastructure, Colorado is the perfect place for the permanent home to U.S. Space Command. Colorado is well prepared to make its final pitch during the upcoming site visits.”

During a meeting with President Donald Trump in February, Governor Polis told him Colorado is the perfect home for U.S. Space Command.

As the Co-Chair of the Colorado Space Coalition, Lt. Governor Dianne Primavera has led the state-level process for U.S. Space Command and has coordinated the efforts of the communities, state agencies, aerospace industry, research and academic institutions and federal partners.

“Colorado is the only home for the U.S. Space Command. Colorado’s unparalleled environment will guarantee the operational success of the mission for generations to come while offering unmatched support and opportunities for our military families and space professionals. I look forward to showcasing exactly why U.S. Space Command should remain at Peterson Air Force Base during the coming weeks as the final decision is made.”

Colorado was the first home of the U.S. Space Command when it was previously established at Peterson Air Force Base in 1985. The final decision on where the permanent headquarters will be is expected in January 2021.