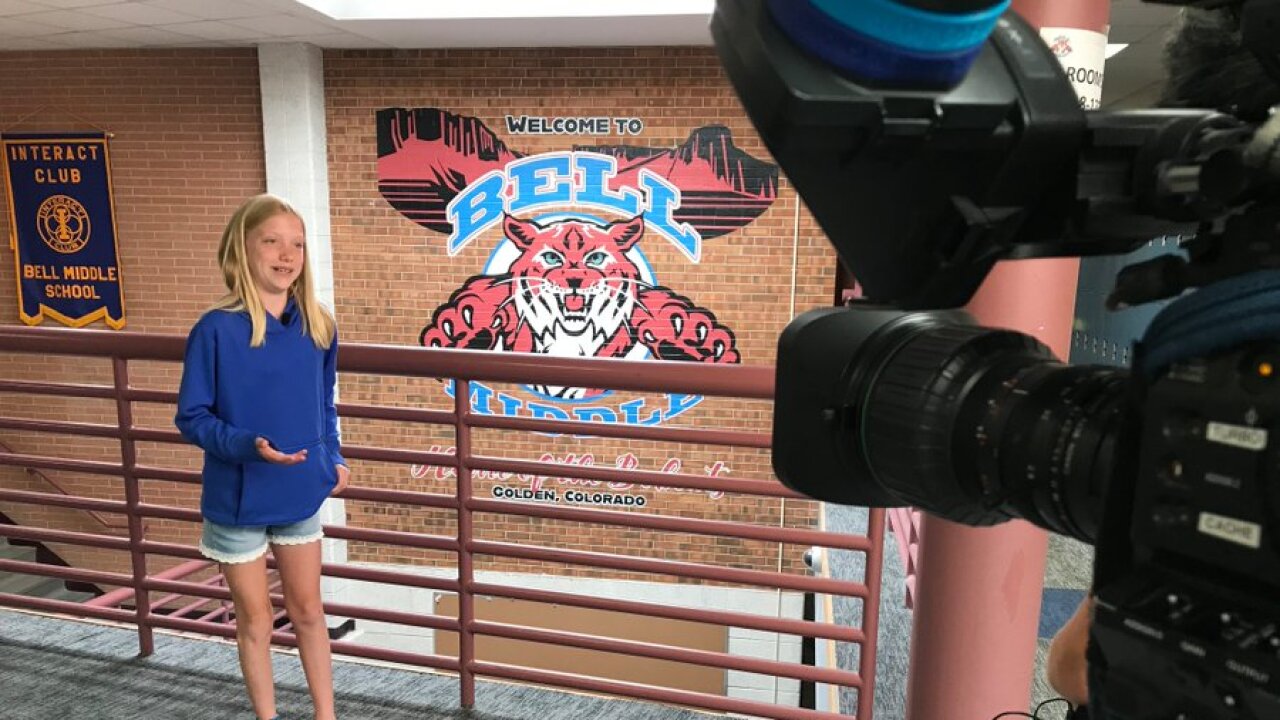 Copyright 2019 Scripps Media, Inc. All rights reserved. This material may not be published, broadcast, rewritten, or redistributed.
Denver7
Sometimes the best ideas are are born out of necessity and in this case a sixth grader from Golden decided to do something when she saw a need for more pockets in her clothing. Sabrina Streich was diagnosed with Type 1 diabetes when she was 8 years old. 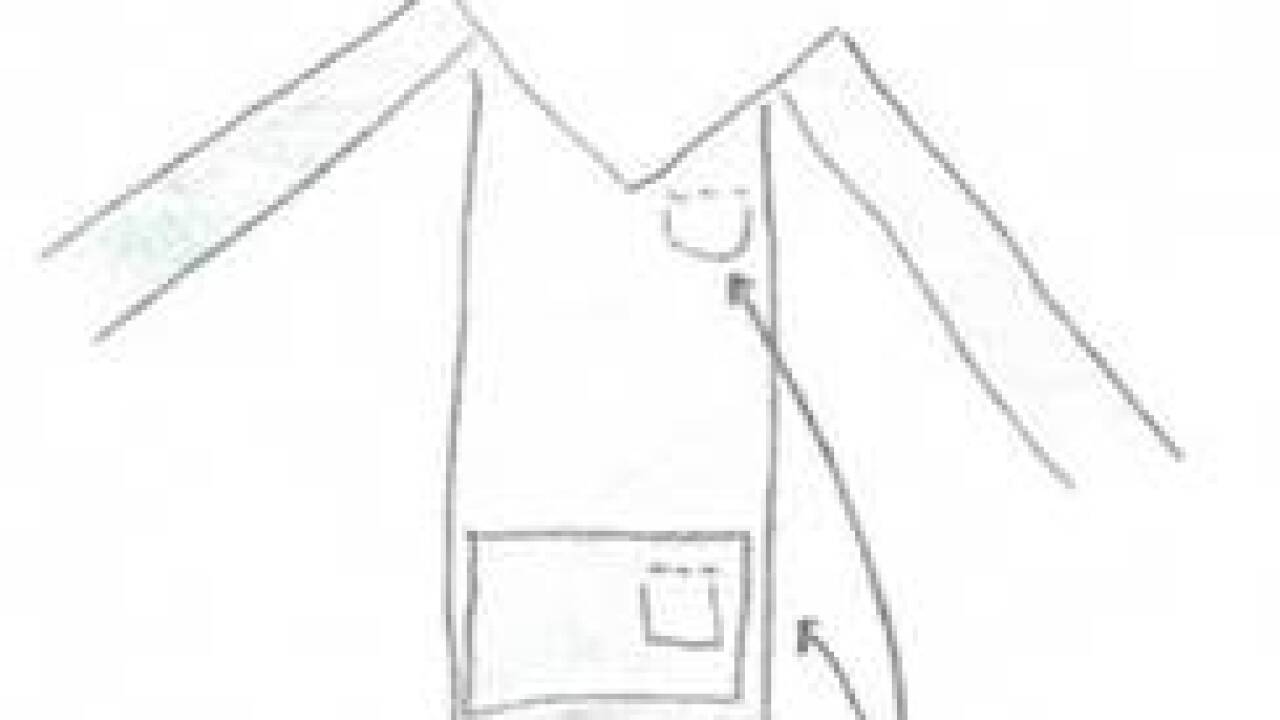 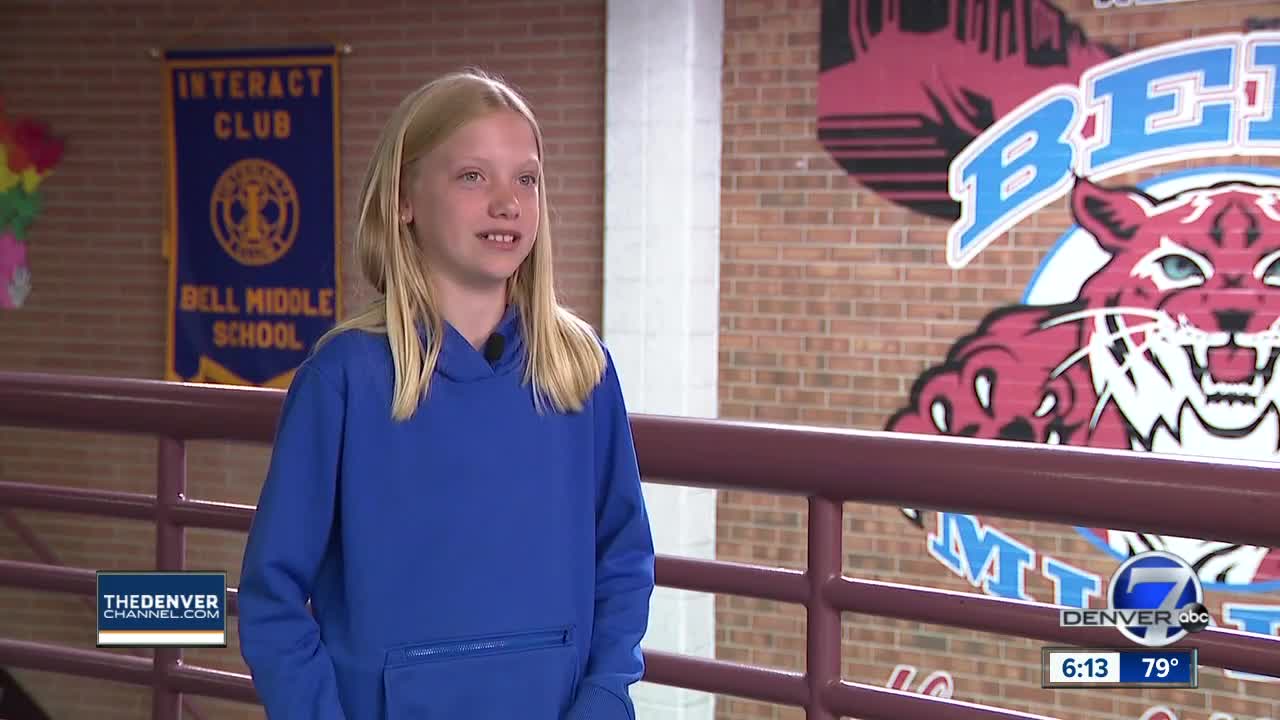 GOLDEN, Colo. -- Sometimes the best ideas are are born out of necessity. And in this case, a sixth-grader from Golden decided to do something when she saw a need for more pockets in her clothing. Sabrina Streich was diagnosed with Type 1 diabetes when she was 8 years old.

She's always been active and she wears a Dexcom G6 continuous glucose monitor to keep tabs on her blood-sugar levels. The monitor sends information to her phone and her parents so they always know how she's doing. She will soon be wearing an insulin pump too and realized it was hard to hide all the devices in her clothing.

Streich wrote a letter to the Gap-owned active wear brand Athleta. She also included a sketch of a sweatshirt that showed extra pockets. She was shocked when she received a letter back that was signed by several designers at the company.

"And later they talked to me saying they wanted to make my sweatshirt. 'Are you available to come on this conference call to talk about it?' And I was really excited because normally big companies like that don’t respond to letters," said Streich.

During her first ever conference call, she said they asked her questions about the design like how big she wanted the pockets to be. They also asked about her favorite colors.

The company had one more question for her, they asked if she would like to fly to San Francisco to model the sweatshirt for an upcoming catalog. Streich flew out to California with her mom and modeled the sweatshirt that she helped create. It was a true dream come true.

"That was really cool because I just wrote this letter and now they want me to model my sweatshirt," said Streich.

Streich was celebrating her 11th birthday when Denver7 interviewed her at school. She plans to continue celebrating on Sept. 15, when a group of friends will join her for a walk to support the Juvenile Diabetes Research Foundation. The inspiring little girl has already raised $5,000 for her team, the Golden Glucose Warriors.

She beams when she thinks about the fact that her letter to a major company made a difference. She hopes the sweatshirt will help other girls with Type 1 diabetes and she hopes her story will show other kids what they can do.

"I think kids, girls, boys — we can do anything," said Streich.

Athleta chose a fitting name for the sweatshirt. It's called "Own Your Power" and surely someone at the company must have been thinking about this sixth-grader when they picked the name.

"I think I owned my power and wrote this company with my power to tell them that girls need pockets," said Streich.