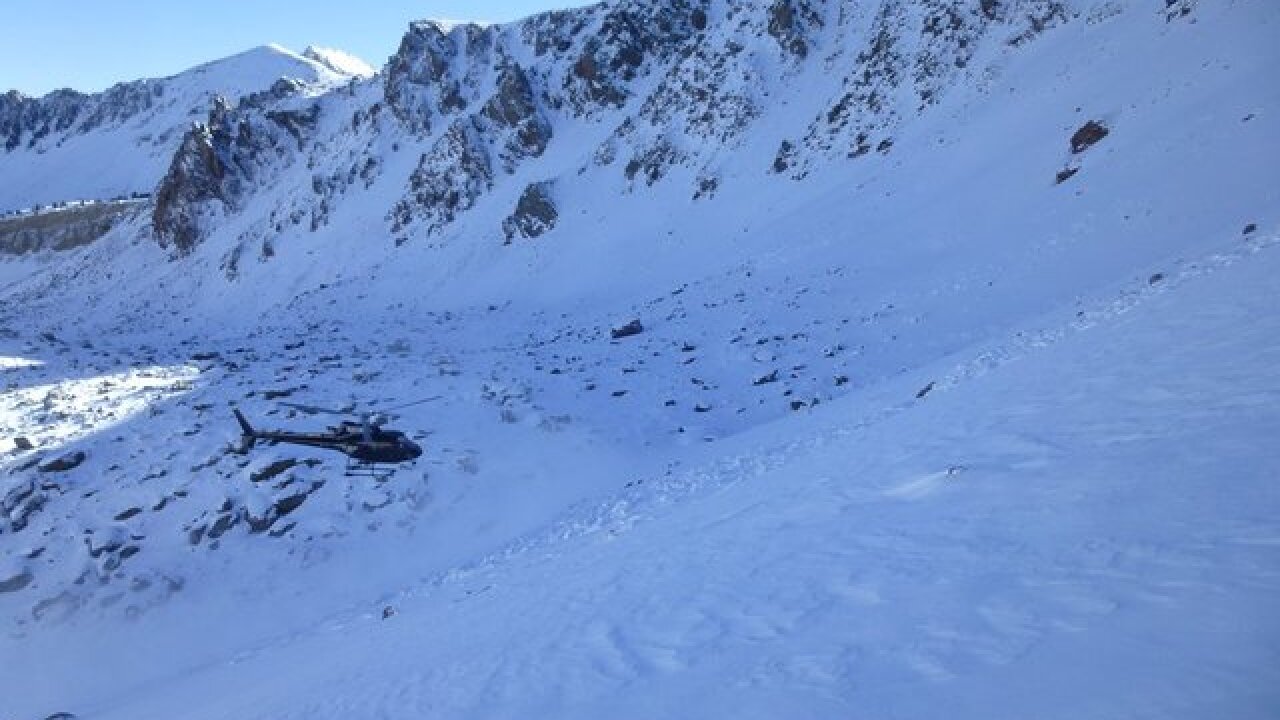 FRISCO, Colo. — Authorities say a snowmobiler was killed in an avalanche in Colorado's central mountains, marking the second such death in the state in three days.

The Summit Daily reports the slide was triggered above the tree line on a north-facing slope east of Breckenridge on Tuesday morning. Summit County Rescue Group spokesman Charles Pitman says the snowmobiler was buried and possibly carried into some trees. The sheriff's office initially said the person who was killed was skiing.

The victim's name has not been released.

On Sunday, 57-year-old John Galvin died in an avalanche while he was backcountry skiing out of bounds near the Aspen Highlands ski resort. His body was recovered Tuesday.

Galvin had been a volunteer member of Aspen Mountain Rescue for 30 years. A second skier was injured in Sunday's avalanche but was able to call for help.