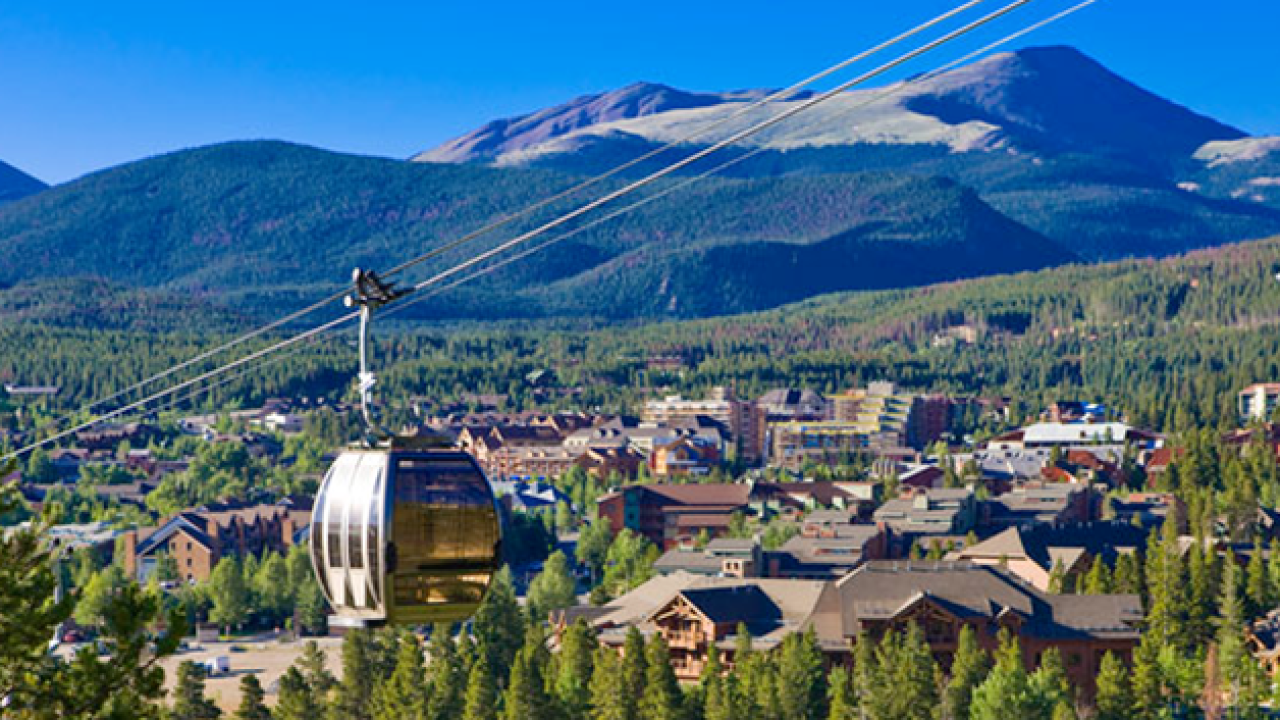 breckenridge.com
<p>"Dumb & Dumber" starring Jim Carrey and Jeff Daniels, was partially filmed in Breckenridge (even though the film states the actors went to Aspen). Breckenridge, Colorado is the county seat of Summit County, which has the highest life expectancy in the United States.</p>

Taxable summertime spending in destinations such as Aspen, Vail, Breckenridge, Crested Butte, Telluride, Winter Park and Steamboat Springs has soared anywhere from 26 percent to 59 percent since 2013, The Denver Post reported.

"The trend of revenue growth has been phenomenal, almost astronomical, particularly for the summer, since 2008," said Tom Foley, vice president of business intelligence for Inntopia.

In 2012, as resort communities clawed out of the recession, Foley advised mountain town tourism leaders that summer posed the most opportunity for growth. Five years later, occupancy rates in the summer are almost identical with winter.

With those warm-weather occupancy gains comes a surge in room rates.

The steadily increasing growth in lodging prices worries Foley. As baby boomers back away from skiing, it's well known there is no new wave of skiers waiting to replace the generation that birthed the modern ski industry.

But a downturn in occupancy doesn't mean declining revenues for Beaver Run owners who rent their units to short-term visitors.

"We have definitely seen a nice increase in daily rates," said Bob Barto, who manages the 432-unit Beaver Run Resort in Breckenridge. "After record year over record year, last year was an adjustment — and sooner or later, there's always an adjustment."

Bookings for the coming season are up over last winter, Barto said.