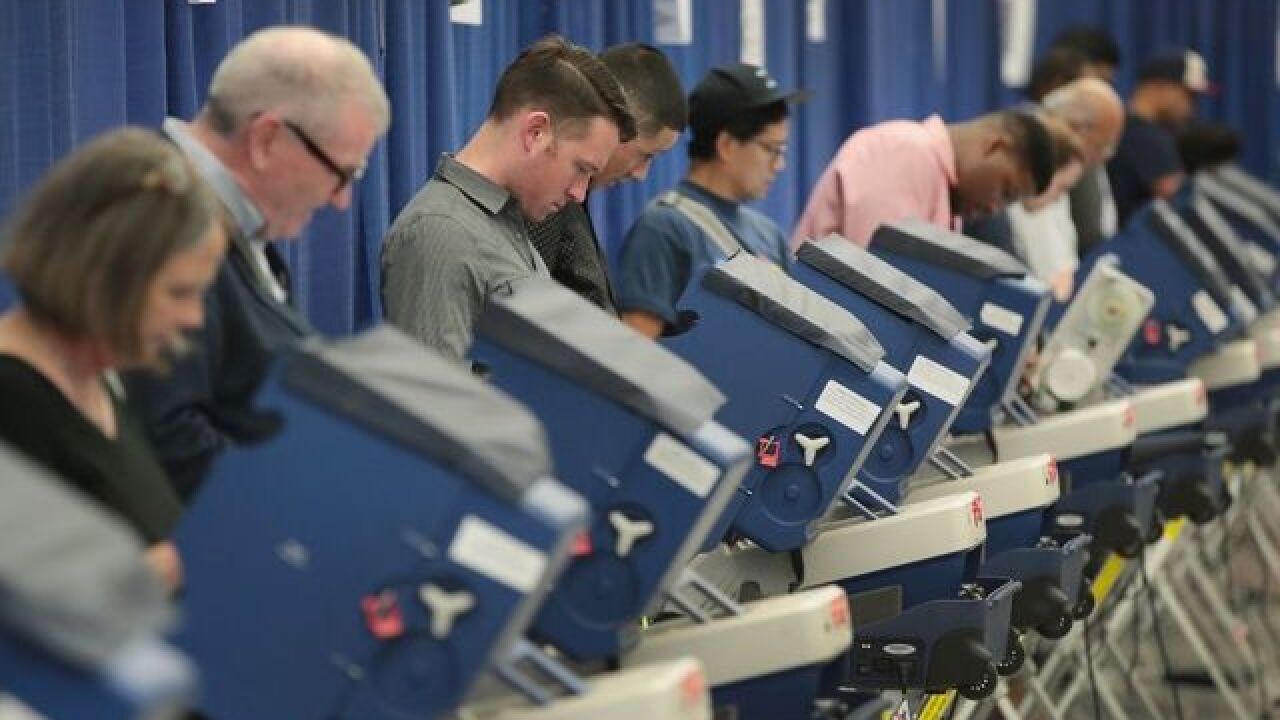 DENVER – With just two days of voting to go, Colorado’s registered Republicans have taken a lead of about 7,300 ballot submissions over Democrats.

After Democrats led the tally for much of the first two weeks of the early-voting period, registered Republicans started making up the difference late last week and took a small lead by Friday night.

Over the weekend and Friday, Republicans turned in 104,605 ballots, compared to 90,680 from Democrats and 98,439 from unaffiliated voters.

The Colorado Secretary of State’s Office updates the number of ballots returned via mail and votes made in-person each day, and breaks down the votes by which party each person who submitted a ballot is registered for.

The 1,852,029 ballots returned so far represent about 56.6 percent of registered active voters in Colorado as of numbers released Nov. 1 by the Secretary of State’s Office.

In 2012’s presidential election, which did not utilize an all-mail ballot system as this year’s does, saw a 71 percent turnout in Colorado.

When comparing the number of ballots submitted so far by each party to the number of active registered voters in each party, the latest tallies show Republicans have now overtaken Democrats in terms of the percentage of active voters who have submitted their ballot.

In Jefferson County, long considered a bell-weather in Colorado, Democrats (75,967) have submitted 1,000 more ballots than Republicans (74,969). Unaffiliated voters lag just behind, at 69,559 votes submitted so far.

Larimer County votes are almost nearly evenly-split as well: about 3,000 more Republicans have submitted ballots than Democrats, though there are about 9,000 more registered Republicans in the county.

And in Arapahoe County, where more unaffiliated voters are registered than Democrats or Republicans, Democrats and Republicans sit near-even in the percentage of voters registered to each party that have voted.