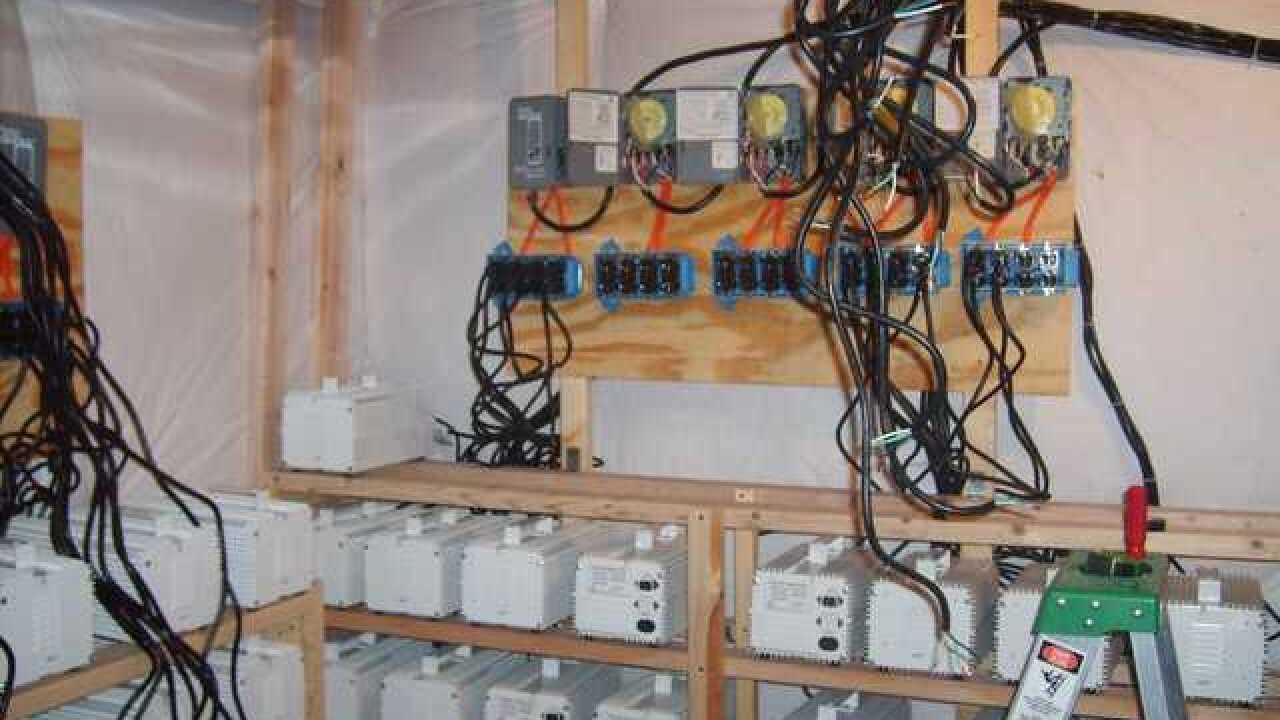 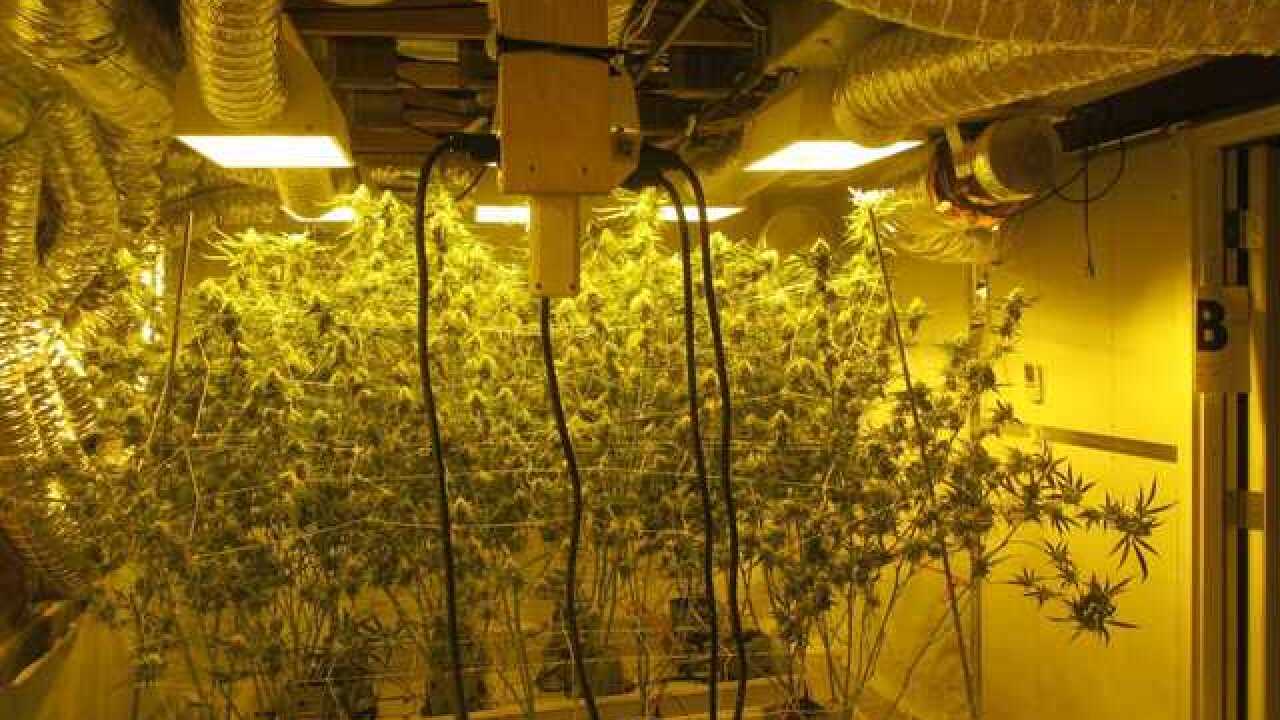 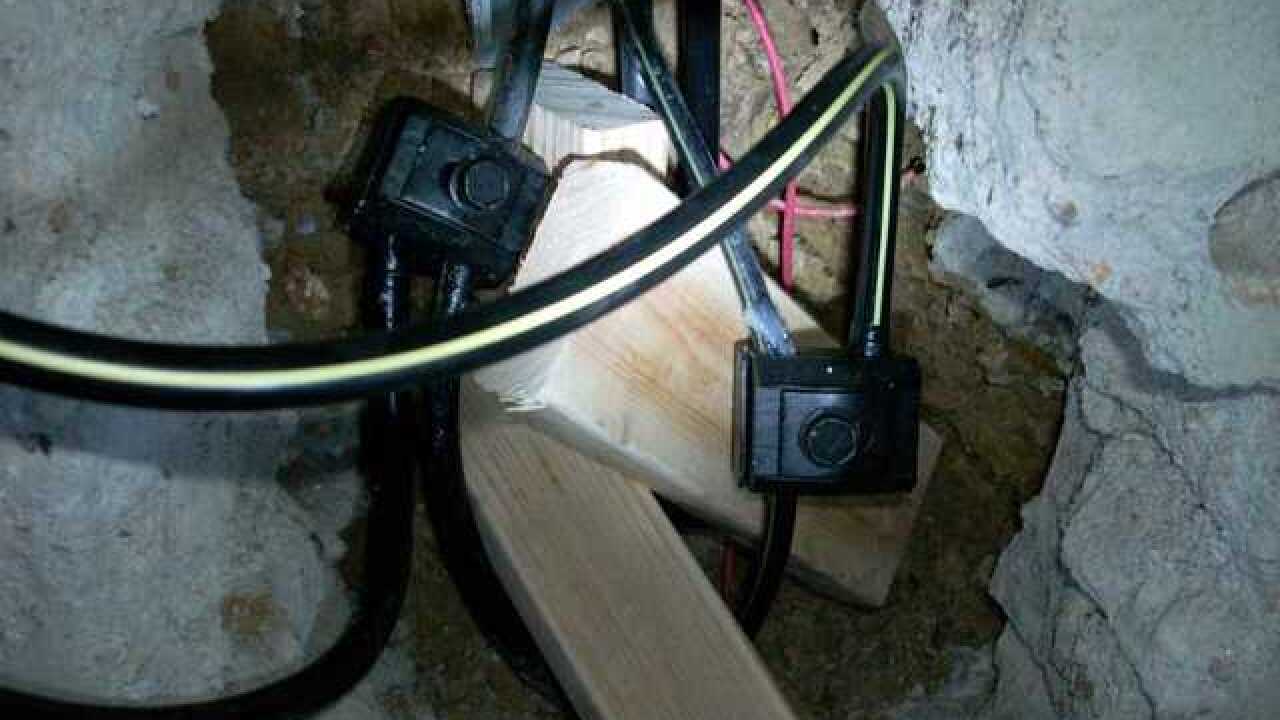 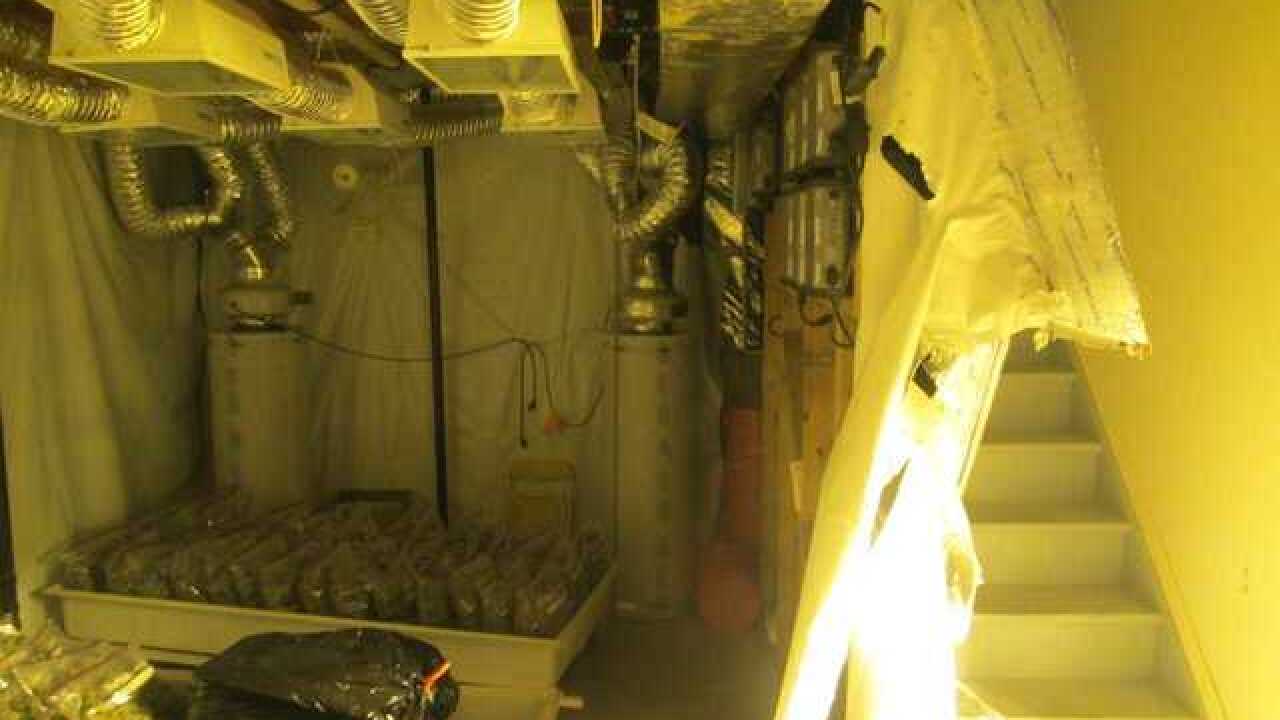 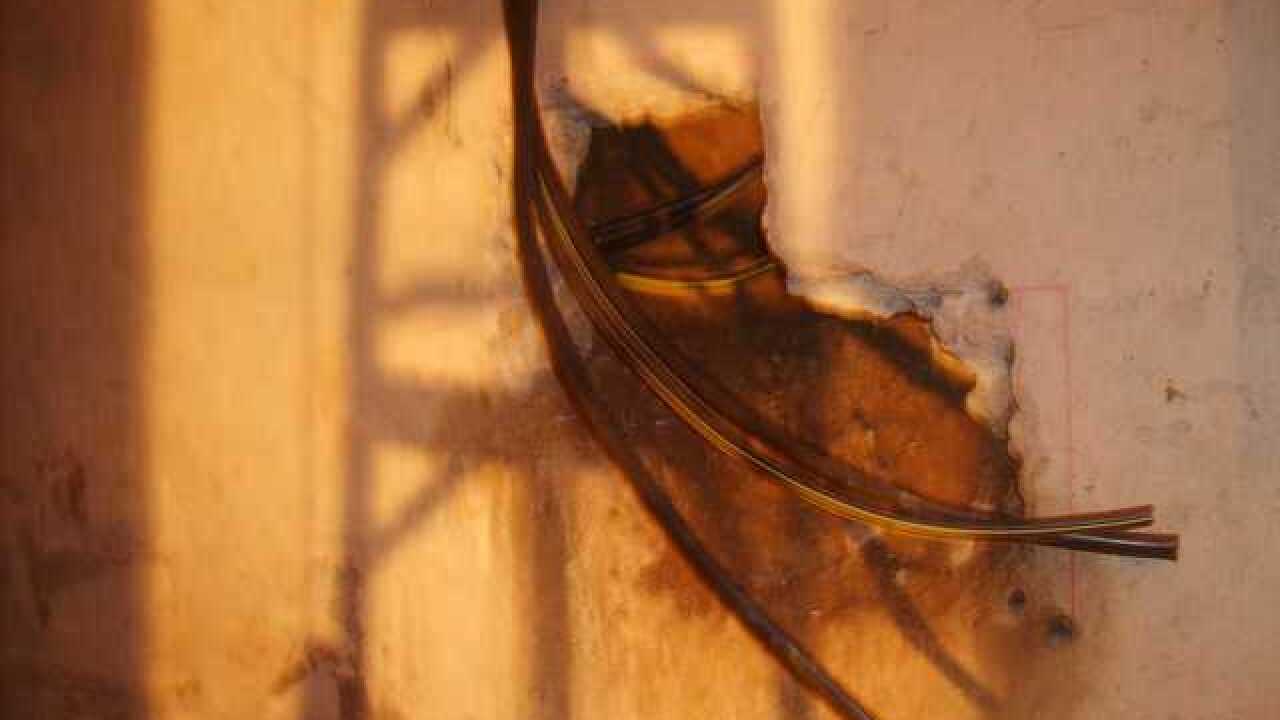 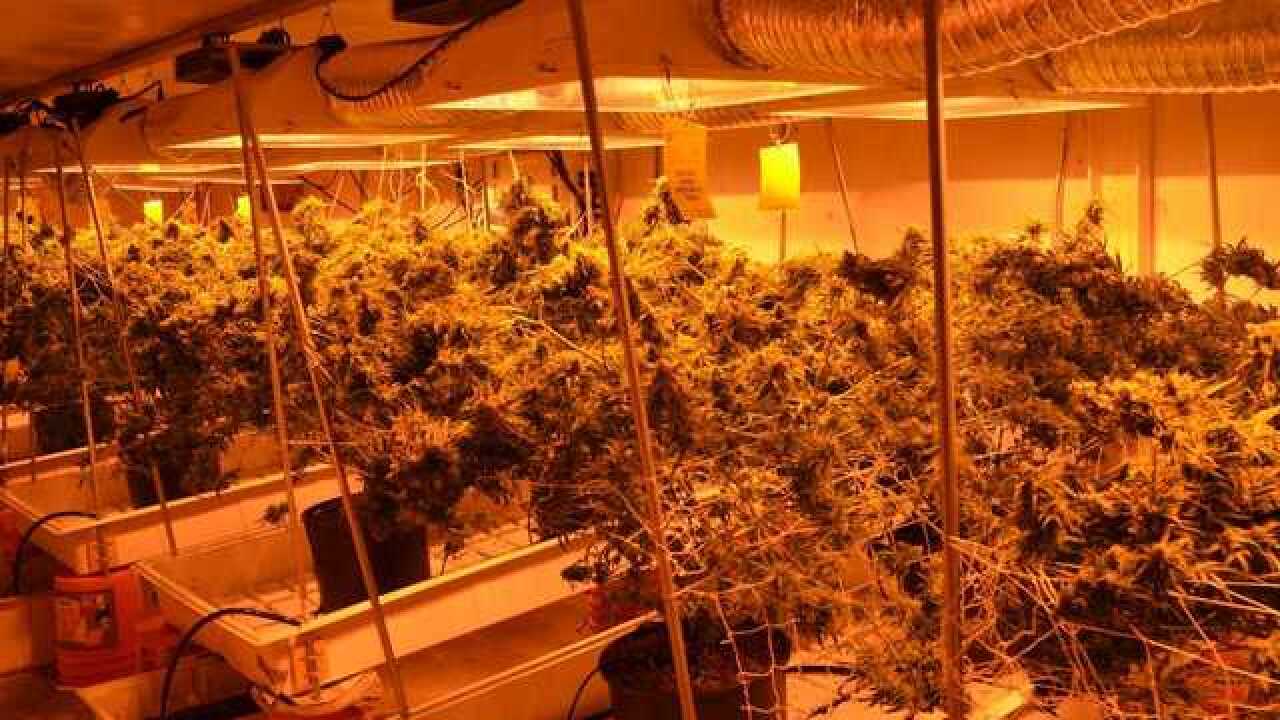 DENVER — Colorado’s “Green Rush” has seen plenty of black market marijuana growth in the last few years, according to the Drug Enforcement Administration.

The illegal grow operations have transitioned from warehouses to residential homes, and are hiding in plain sight.

DEA Special Agent Randy Ladd said the damage to the homes used in these illegal operations is extensive.

“We've been in houses where we've actually fallen through the floor,” Ladd said.

The destruction doesn’t stop there. Ladd described structural damage to these homes, as illegal growers rely on stolen power to keep their crop thriving. These homes also typically take on water damage, toxic mold spores, and other issues that Ladd argues can impact the future of the home.

“These marijuana houses are damaged and toxic,” he added.

Ladd said in the last three to four years, federal and state agencies have identified more than 1,000 known illegal grow houses between the Denver Metro Area and Pueblo.

This is a nightmare for potential, and future homeowners, many of whom have no idea their home was an illegal grow.

“That's one of the issues,” Ladd said. “There really is no way to know.”

Special Agent Ladd said he wants to change that.

Ladd said it's a practice that is already being implemented in parts of Canada.

However, realtors worry about what impact a registry would have on communities.

“If there's a registry, then that particular home may be stigmatized in a way that can really affect the value,” Kelly Moye said.

Moye is with the Colorado Association of Realtors.

“We have such strict mandated disclosures that sellers and realtors have to provide to buyers when they buy,” Moye said. “We kind of cover the bases if there has been a grow house legally, or illegally.”

Moye said a registry for former illegal grow houses might be a little extreme.

“Typically, you see mold issues, excessive water. Maybe a whole bunch of additional outlets for electrical installed. Herbicides and pesticides,” Moye acknowledged. “All of those items are on our sellers’ property disclosure that have to be filled out at the time of the sale.”

She said the values of homes throughout a specific community would stand to take a nosedive if the registry were to happen.

“Whenever you have kind of a new industry, and new challenges and new issues that come,” she said, “We always have to take a look at how we protect our buyers.”

She maintained the strictly mandated disclosures do the job.

“They can clean it up. They can disclose that they cleaned it up, and they can disclose what happened,” Moye explained. “Then the buyer can make their decision as to whether they want to buy that house.”

Special Agent Ladd said, in his experience, that has been the reaction from realtors in the past.

“Traditionally, if somebody's going to go and buy a house that is damaged or compromised, they're not going to want to pay full price,” he said.

He referred back to the success of the registry in Canada and added former Canadian grow houses sell for at least 25-percent less than other houses in any specific neighborhood because of all the issues that come along with these homes.

“[The houses] might not be toxic in the way that we know meth houses are toxic, but they are damaged,” Ladd acknowledged. “They're what I would call a gray market house.”

Ladd pointed to the extreme structural and mechanical damage that could be left by these illegal grows.

He argued, “A lot of that is just covered up, and there's a lot of issues.”

Moye fired back, “There are certainly issues like that, but if a seller covers those things up, it is illegal.”

In response to the growing number of black market marijuana grow houses, Moye said that isn’t the case for the home-buying market.

“When you hear about it, it sounds terrible,” she said. “It's a small number compared to the number of homes that are out there, that are for sale.”

Ladd said the idea of an illegal grow house registry is still very early. However, he believes it is necessary.

“You know, people... the most expensive investment they have is their house,” Ladd said.