Colorado Public Radio’s “Back from Broken” highlights stories of addiction, struggle and recovery 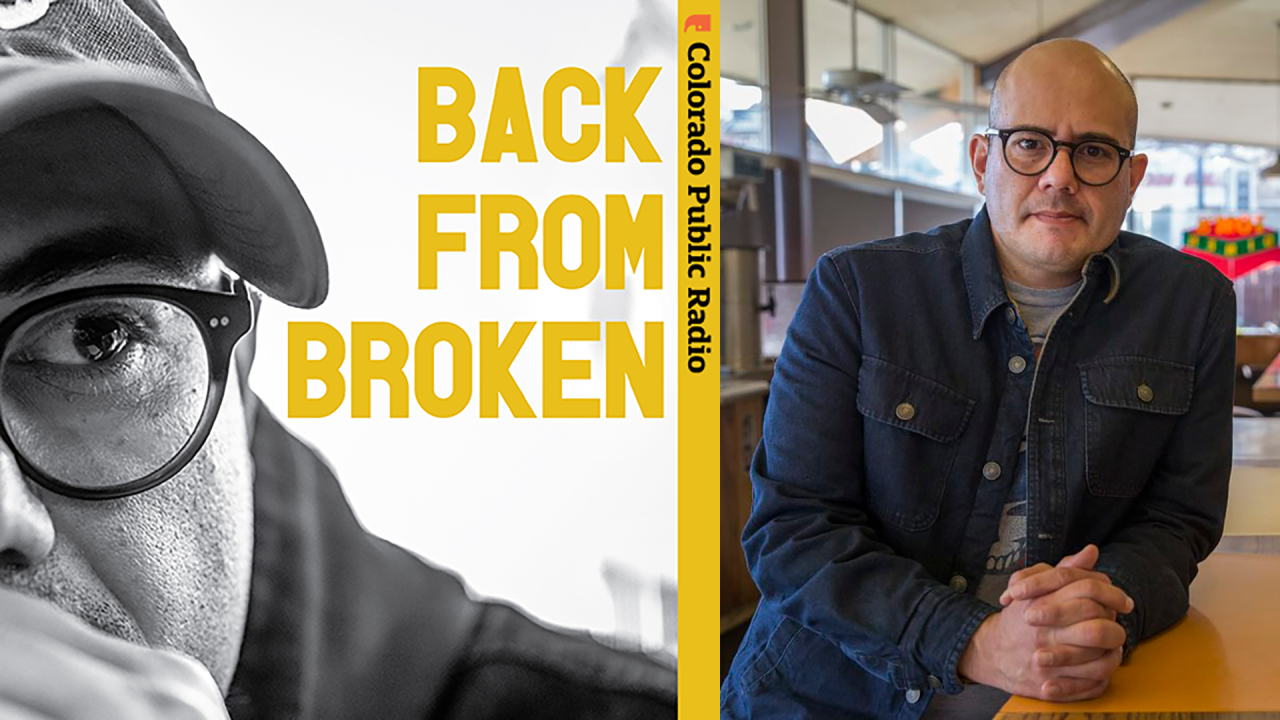 Copyright 2020 Scripps Media, Inc. All rights reserved. This material may not be published, broadcast, rewritten, or redistributed.
Colorado Public Radio
“Back from Broken” is hosted by award-winning longtime journalist and CPR News host Vic Vela, who is himself in recovery from cocaine addiction, and over 10 episodes, aims to give hope to people who are themselves or who know someone experiencing addiction or going through recovery. 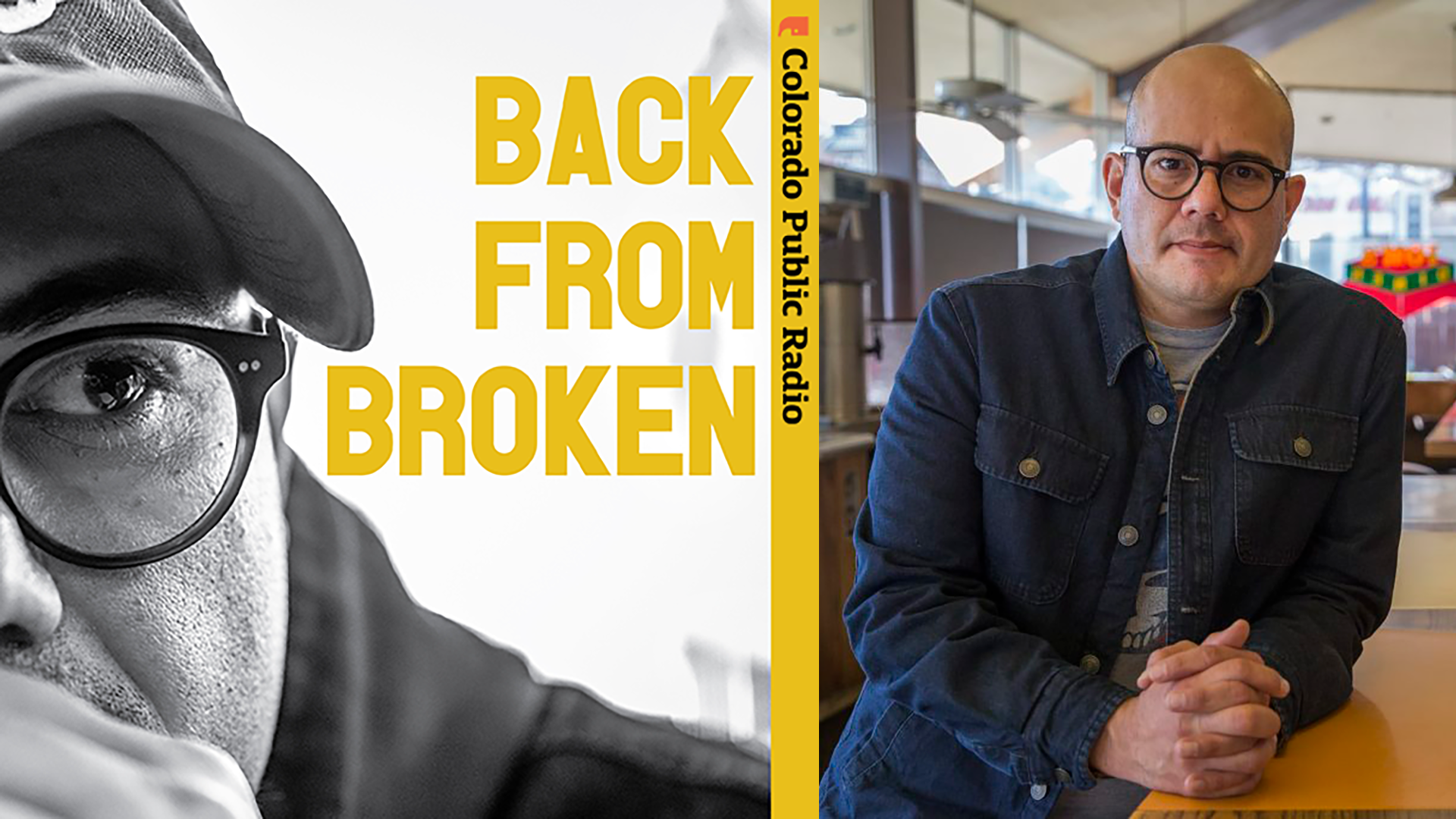 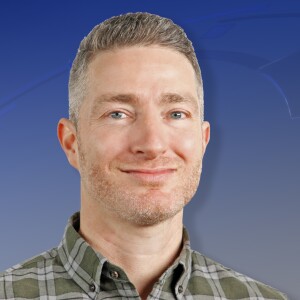 “Back from Broken” is hosted by award-winning longtime journalist and CPR News host Vic Vela, who is himself in recovery from cocaine addiction, and over 10 episodes, aims to give hope to people who are themselves or who know someone experiencing addiction or going through recovery.

The podcast will consist of 10 episodes released every other Friday and focus on conversations with people of all walks of life – including some celebrities – who have dealt with struggles or trauma in their lives.

The release of the podcast comes as Colorado is in the midst of having among its highest-ever drug overdose death rates and among the highest suicide rates in the country.

Vela, who has spent nearly 20 years as a journalist in Texas, New Mexico and Colorado, brings first-hand experience to “Back from Broken” – himself having been in recovery for nearly five years after a 15-year addiction to powder and crack cocaine.

He sat down with Denver7 this week to discuss the podcast and how his personal story shaped what turned into “Back from Broken.” Below, we have some edited excerpts of the interview.

You can watch the full interview this weekend on your favorite streaming devices in the Denver7 apps and more snippets from the conversation during our streaming newscasts.

Colorado Public Radio’s “Back from Broken” highlights stories of addiction, struggle and recovery

Who was Vic Vela before recovery?

“I was someone who was in a lot of pain for most of my adult life. Going back to childhood — that’s the thing about recovery. I learned my problems started long before I even picked up a drug. We go way back to when I was a kid. I had behavior issues and I had struggles with my sexuality because I knew I was gay at a young age. Growing up in small town Colorado in the ‘80s and ‘90s, it was a different time.”

“At a very young age, in high school especially … what was the one thing that could really make those problems go away? It was drugs and alcohol. That’s when I fell in love with booze [and drugs] — LSD especially.”

“When I took all these mind-altering substances, I realized, ‘Wow — all this pain I’m feeling, I don’t have to think about it.’ I learned at a very young age [that] self-medicating made all these things go away. Or so it seemed”

“Over the years, my drug use worsened. Instead of having a couple drinks at a party or smoking a joint here and there, it became, ‘OK, what’s the next drug I can do? I've done this drug. Let’s do this.’ Nothing scared me after a while.”

“I was up for who-knows-how-many days smoking crack. And by this point, I had been smoking crack pretty daily for the past few years. I had done so much cocaine up my nose that I couldn't physically do it anymore. I would get nosebleeds. I had to figure out another way to get high, so I would smoke crack. That’s a whole ‘nother high-powered vehicle to get high.”

“It made me very paranoid, made me very scared of the world. I would often close the blinds, close the curtains, put another curtain on top of that curtain just to be safe. That’s the life I lived. Often, I would do that all night by myself.”

“What am I going to do in the morning? Am I just going to try and ask someone else for money? Am I going to figure out another way to hustle to get high? That’s exhausting.”

“[I was] waking up every morning in damage control — constant damage control, when you wake up every day trying to fix what you did before. That’s an exhausting way to live.”

“I was motivated to do a show about recovery because I’m tired of losing my friends.”

Who you’ll hear from in “Back from Broken”

“We’re going to meet all walks of life. It’s a 10-episode first season. If you were to put all these people in one room, they would have zero in common.”

“There’ll be a former professional basketball player, a former pro wrestler, a groundskeeper. These people have very little in common except for one thing, and that’s recovery.”

“I know my own story in terms of coming back from addiction and drug use. I wanted to make sure, for the purposes of this podcast, that recovery had a big umbrella.”

“But it’s all the same thread: They recovered, and they are only able to talk about this stuff right now because they went through recovery.”

Click here to listen and subscribe to “Back from Broken.” The first episode features New Orleans singer-songwriter Anders Osborne.