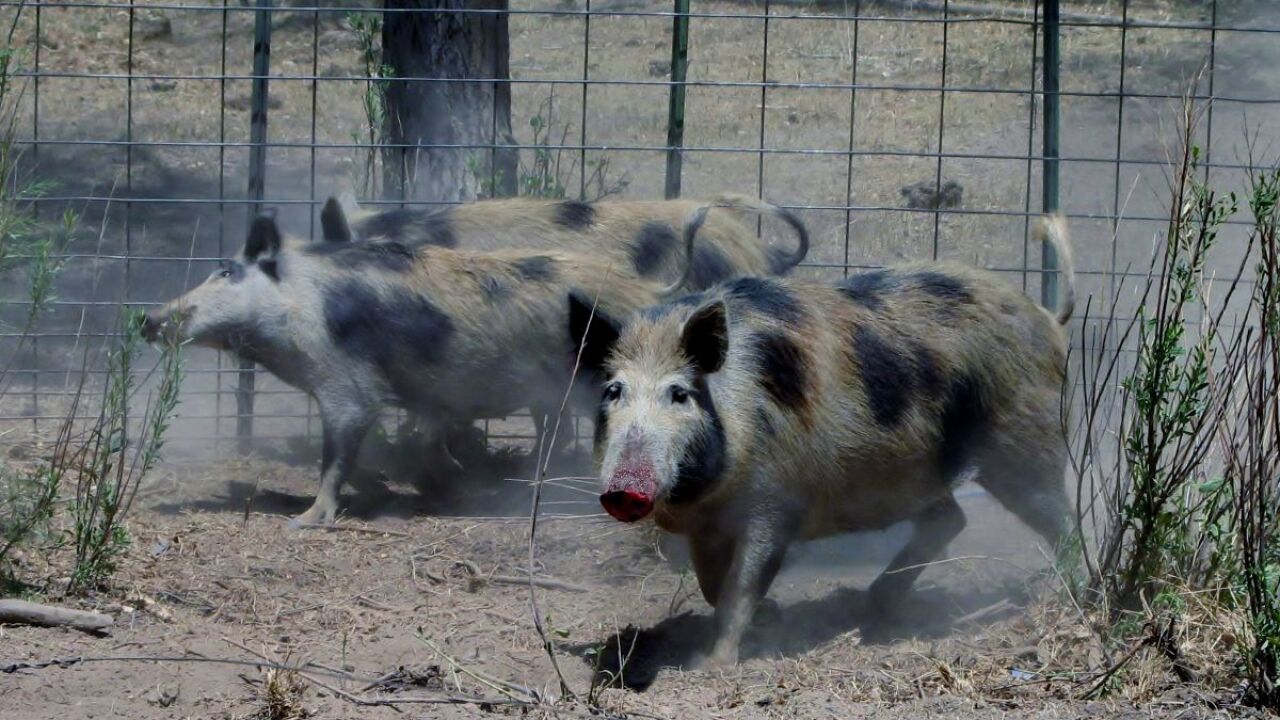 Colorado Parks and Wildlife
Feral swine are seen in pens in Southeast Colorado.<br/>

CPW said this is a result of a 15-year partnership between CPW, U.S. Department of Agriculture’s Animal and Plant Health Inspection Service, Wildlife Services, the Forest Service, and the Colorado Department of Agriculture. The partnership was created in the early 2000s as a task force to eliminate invasive feral swine, which were ruining crops and pastures and causing billions in damage across the country each year, CPW said.

Feral swine are hardy and can thrive in tough habitats. Paired with a high reproduction rate, that boosted their population in the state. They weigh 100 to 400 pounds and have four continuously growing tusks, according to CPW.

The swine also spread disease to livestock, wildlife and humans, and put native animals at risk as they compete for resources and destroy ecosystems, CPW said.

While all known feral swine populations have been eradicated, CPW said the task force will continue to monitor the state to ensure no other populations pop up.