Thousands are expected to fill areas like Chatfield Reservoir, officials urging everyone to be safe
Posted: 6:43 PM, Jul 02, 2022 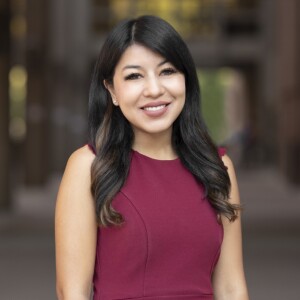 Denver7
Denver7 caught up with people who showed up to Chatfield Reservoir, near Littleton, bright and early Saturday morning. They were eager to get their holiday weekend started.

LITTLETON, Colo. — Whether you're spending your Fourth of July weekend jet skiing, boating, or maybe fishing, Colorado Parks and Wildlife officials are urging you to be safe when you hit the water this holiday weekend.

"A lot of folks might not realize, regardless of your age or experience level, cold water can quickly create a drowning emergency. If you're out on the water, have a life jacket on," said Travis Duncan, Public Information Officer for Colorado Parks and Wildlife.

Denver7 caught up with people who showed up to Chatfield Reservoir, near Littleton, bright and early Saturday morning. They were eager to get their holiday weekend started.

"We got to beat the rush, everyone's going to come out here and want to be on the water and do exactly what we're doing. And so we got here a little early to be the party starters," said Brian Montgomery, who was out boating with his friends.

Thousands of people are expected to spend their Fourth of July weekend in areas like Chatfield Reservoir.

If that's part of your plan you'll also notice more patrols. Officials will be working to ensure that people are not boating under the influence.

This enforcement operation is timed closely to the July 4th holiday each year to educate boaters on the dangers of boating under the influence and reduce the number of accidents on waterways.

“Boating is a favorite pastime of Coloradans and visitors alike, but we want to make sure that everyone is enjoying their time on the water responsibly,” said Grant Brown, boating safety program manager with Colorado Parks and Wildlife. “Alcohol use is one of the leading contributing factors in recreational boating deaths in the country. We encourage boaters to boat smart, boat safe and boat sober.”

Park officials are asking that you arrive at the parks early to secure a spot. If the locations get too crowded, people could get denied entry.

"Our staff is going to be working very hard to do what's best for public safety and to protect the natural resources out there at the park. If the park does get filled to it's capacity, the park will have to turn people away, regardless of whether they were part of a group that was already inside or if they just ran to pick up something," added Duncan.

"We're all watching what we're doing. We're being safe. You know, we're making sure that everyone has their distance, but in the same breath, everyone wants to get out and just, you know, enjoy eachother's company again," said Montgomery. "It gets packed, but everyone's pretty good about what they're doing. It's pretty controlled, the state park does a good job with that."

An important reminder — there are no lifeguards at Colorado State beaches, so only swim in designated areas.

Below is an interactive in-depth look at how increasing prices are having an impact on July 4th holiday travel. Click here to view the infographic fullsceen.