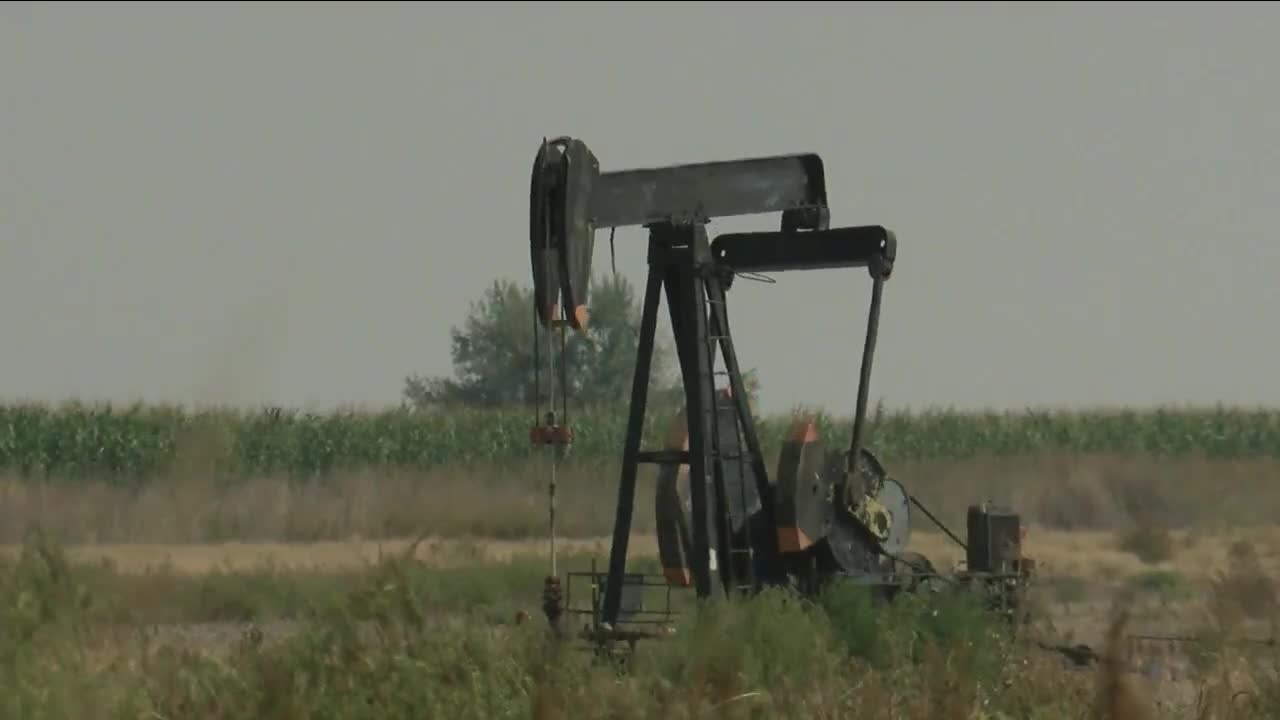 DENVER — The Colorado Oil and Gas Conservation Commission is hosting a series of meetings this month to discuss new rules that will better align with its new mission.

The commission’s core function was fundamentally changed last year when Senate Bill 181 was signed into law.

“It’s moving from a mission of fostering oil and gas development to regulating it and regulating it in a manner that is protective of the public health, safety, welfare, wildlife and environment,” said Megan Castle, the communications manager for the commission.

In order to do that, the commission is examining three areas: mission change, alternative location analysis and cumulative impact.

“This week we are looking at the 600 series and the most interesting is looking at setbacks, so how far would it be from home or from school,” Castle said.

Throughout the discussion, experts, oil and gas industry representatives, environmentalists, cities, counties and more will have the chance to weigh in on their recommendations. In total, 93 parties will be part of the rulemaking discussions, according to Castle.

The COGCC staff has recommended doubling the current required setbacks to a minimum of 2,000 feet for schools or childcare centers.

Staff recommended keeping the current 500 feet setback for homes. They also recommended creating a setback of 1,500 feet for 10 or more residential buildings or high-occupancy buildings like apartments.

During the discussions, environmentalists argued the setbacks should be at least 2,500 feet, an idea voters rejected during the 2018 election.

On Tuesday, Erin Martinez testified to the commission about her recommendations. Martinez lost her husband and brother in a house explosion in Firestone in 2017.

“I struggle every day with why did this happen to us? Why our home? Why my husband? Why my brother,” Martinez said during her testimony. “I feel a strong sense of duty to Marc and Joey to make sure that we continue to make change.”

Martinez not only pushed for setbacks during her time speaking but called for the setbacks to apply to wells and flow lines.

“I strongly believe it does not do us any good to move the wells away if we’re going to allow the rest of the infrastructure to stay where it is,” she said. “We need to move all infrastructure away from our homes in order to make us truly safe. That is why I would like to see infrastructure associated with these wells, flow lines in particular, included in the setbacks.”

Others disagreed and said the setbacks could hurt the industry as a whole and, in particular, small oil ad gas operators.

Chris McRickard, who testified on behalf of the Small Operator Society, said he believes the current setback rules work from both a safety and operations standpoint.

“In our view, the current framework works well and provides the flexibility to address various concerns by stakeholders,” McRickard said. “Larger setbacks will exacerbate surface restrictions for smaller operators.”

Meanwhile, Kirby Wynn, who serves as the oil and gas liaison for Garfield County pointed out during his presentation that such large setbacks would leave large swaths of land untouchable and that techniques like horizontal drilling are not possible in all areas.

“There’s really nothing in the CDPHE model that provides hard evidence that suggests you need to exacerbate any setback greater than 500 feet to be protective,” Wynn said.

He pointed out that with a 1,500-foot setback between 6,000-7,500 wells that currently exist in Garfield County would not have been able to be drilled, equating to roughly half of all the wells in the county.

“I’d like you to remember these are real lives and homes and real mineral rights,” Wynn said.

Instead, his county is endorsing a 500-foot setback from working pad surfaces.

Testimony on rule changes will continue for several more weeks. The commission is expected to have a finalized set of rules by October 9. Those rules would then go into effect in December.

It would then be up to well inspectors to learn about the changes and enforce the new set of rules.