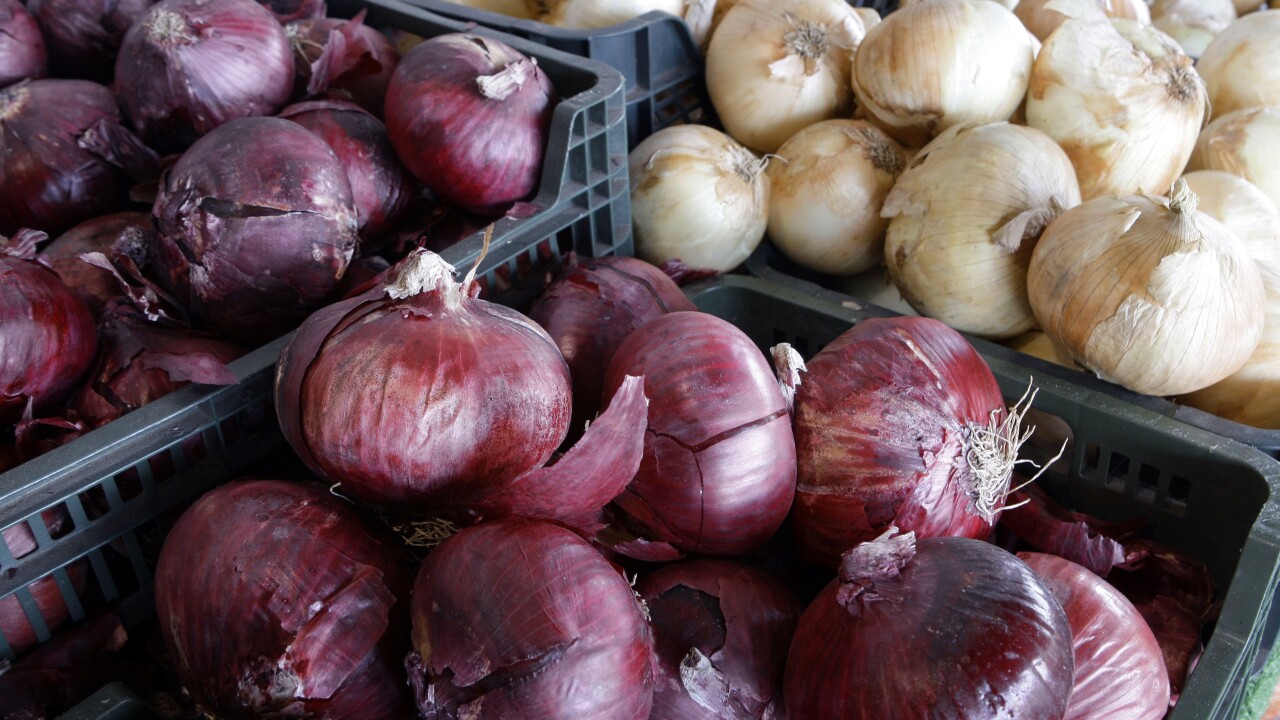 (Copyright 2020 The Associated Press. All rights reserved. This material may not be published, broadcast, rewritten or redistributed.)
Paul Sancya/AP
Red and Spanish onions are shown at Eastern Market in Detroit, Wednesday, July 16, 2008. Food prices showed a big increase in June, rising by 0.7 percent, more than double the 0.3 percent increase of May. Vegetable prices shot up by 6.1 percent, the biggest increase in nearly three years. (AP Photo/Paul Sancya)

DENVER – Officials are warning Coloradans to take a look at the source of any onions they might have in the pantry or buy at a store after at least 10 Salmonella Newport cases were reported in the state amid an outbreak linked to a California-based facility.

The CDC last week issued a food safety alert for red, yellow, white and sweet yellow onions produced by Thomson International, based in California, that are linked to the Salmonella outbreak, which has sickened more than 400 people in dozens of states. The company issued a voluntary recall for thousands of pounds of its product on Saturday.

The CDC has said the red onions are the most likely cause of the outbreak. The onions were shipped on May 1 and sold under a variety of brand names.

“Incorporating high safety standards in the production of produce is paramount not only to the health and safety of our consumers but also to the overall success of Colorado’s produce industry,” said Colorado Commissioner of Agriculture Kate Greenberg.

The Colorado Fruit & Vegetable Growers Association said that people should throw onions away if they have any doubts about whether they are safe. The association says Colorado has seen 11 Salmonella Newport cases thus far -- up from the 10 reported by the CDC last week.

"CFVGA has been and will continue to be proactive training produce growers in science-based produce safety risk reduction protocols for them to incorporate on their farms. Produce consumption is exceedingly important for human health, and we will do everything we can to ensure our produce is safe and wholesome,” said CFVGA President Robert Sakata of Sakata Farms in Brighton.

The U.S. Food and Drug Administration says it is working with the CDC and state and local health and food officials to investigate the Salmonella Newport outbreak.