Colorado officials increase limit for licenses on some big game 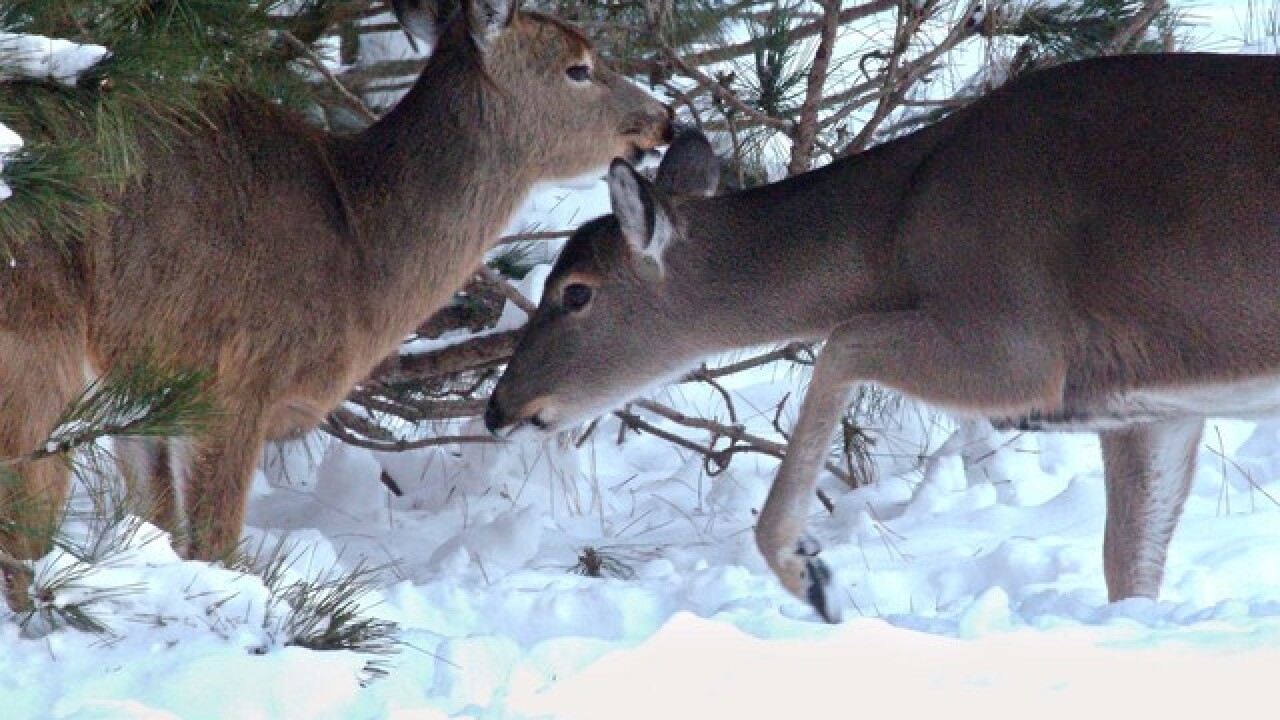 2004 Getty Images
Michael Williams
<p>FAIRHAVEN, OH - DECEMBER 26: A white tail deer near New Haven, Ohio looks unhappy at having to eat pine tree needles for food since his normal supply of grass and weeds was burried under 2-3 feet of snow December 26, 2004 in Fairhaven, Ohio. The snow storm which hit the Ohio Valley this week left 20-30 inches of snow in parts of Indiana and Ohio and snarled traffic and halted most air traffic in the region. Most wild life is hardpressed to find food under such a heavy blanket of snow which forces them to seek alternative sources of food. (Photo by Michael Williams/Getty Images)</p>

GRAND JUNCTION, Colo. (AP) — State wildlife commissioners are extending the limits for licenses for a several big-game species while cutting back on licenses for elk.

The Daily Sentinel  reports  the Colorado Parks and Wildlife Commission approved the increases during its Thursday meeting.

Holland says the increase will help protect willows and aspen from being overbrowsed in moose habitat and reduce bear numbers in many management areas.

Information from: The Daily Sentinel,  http://www.gjsentinel.com