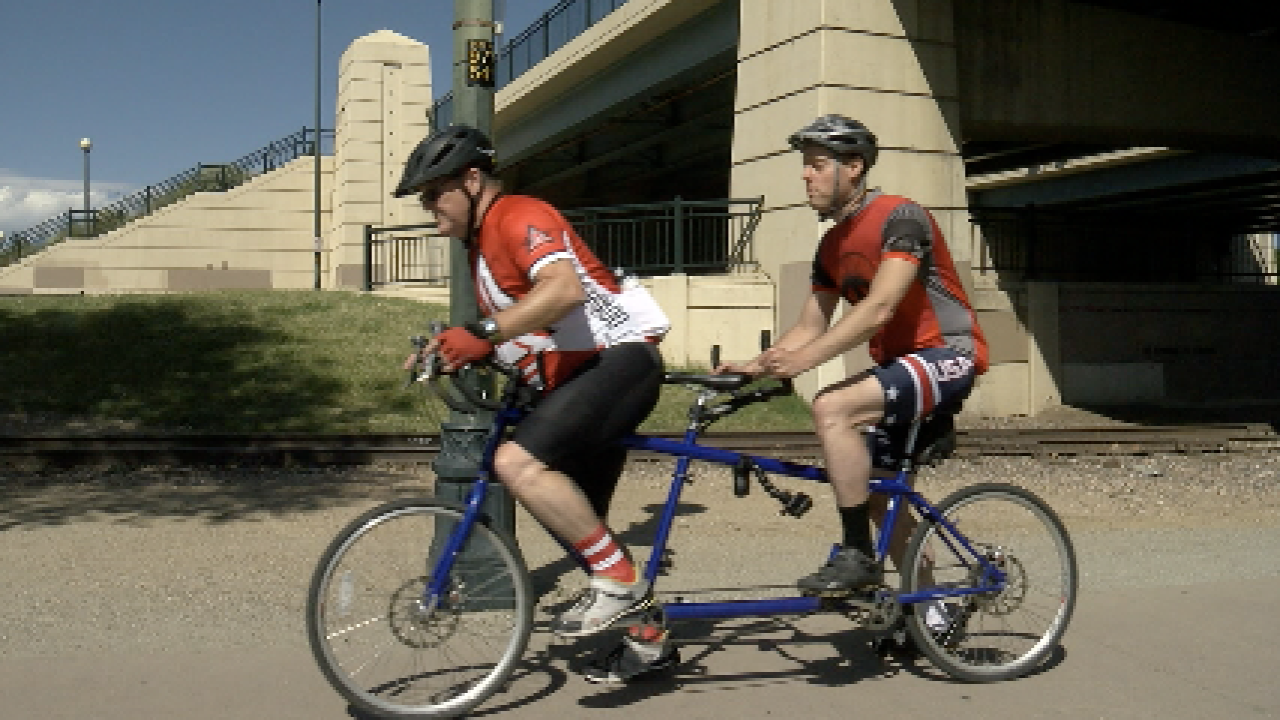 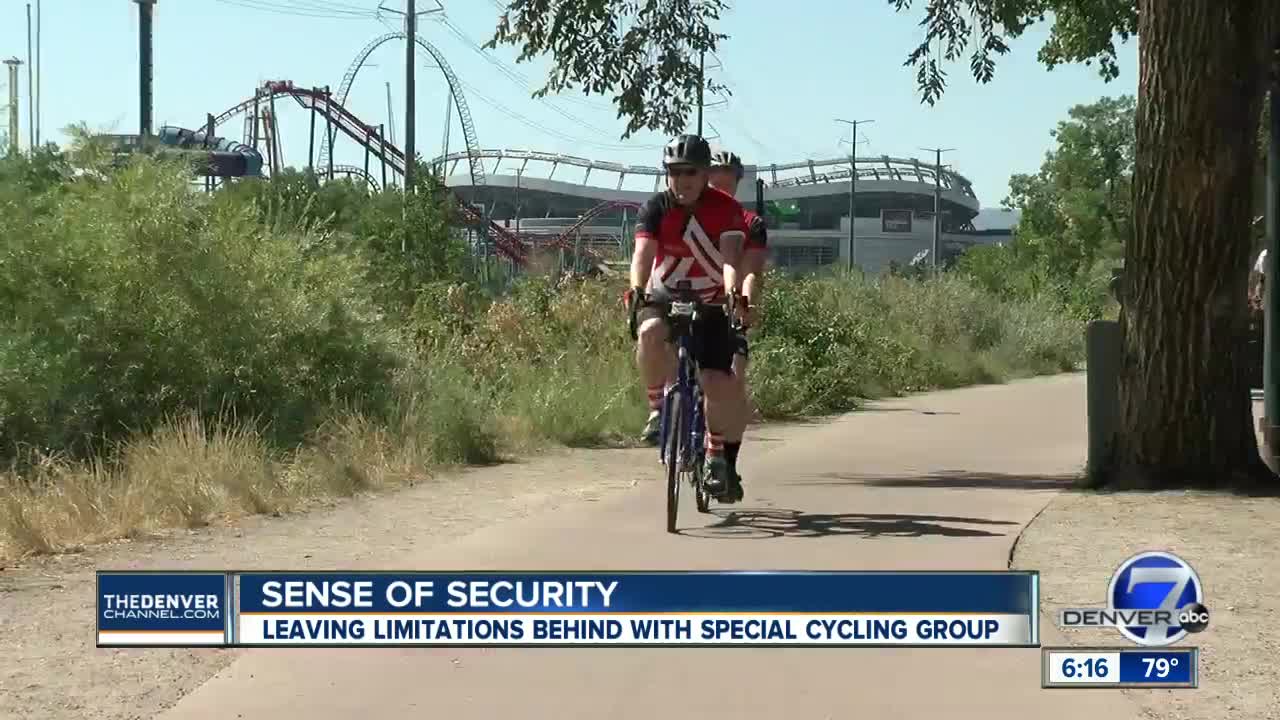 DENVER — The wind in your hair, an afternoon on the trails — Colorado can be a paradise for cyclists.

But unfortunately, not everyone can take advantage of this. Or at least they couldn't without a little help from their friends.

That's how riding a bike feels to George McDermith.

"I call them earned endorphins," McDermith said. "The way you feel at the end of it is always better than the way you feel when you started the event."

It's an experience he thought he might never have again.

"I had partial vision from (ages) 13 to 17, and then total blindness after that," she said.

The nonprofit Eyecycle Colorado pairs sighted riders with blind riders on tandem bikes, with the sighted captain in front and the blind stoker in the rear.

"For some reason, they don't let us ride on the front," McDermith said with a laugh. "I don't know why. It could be a very exciting 10 seconds, and that's about it."

With a sense of humor and a good deal of communication, the group goes on several rides a month.

"It's kind of fun because for us sighted riders, communication is key," said Dan Eberhart, an avid cyclist who has been riding with Eyecycle Colorado for years as a captain. "It's fun for me because we'll be riding along and the stoker will say, 'Oh, I can hear that river in the background' or 'Hear those birds,'" Eberhart said. "They'll tell me things I didn't realize were going on."

Captains often act as tour guides, describing what they are seeing.

"Just getting to feel the sun on the way out here and passing by the Broncos stadium is fun," McDermith said. "Go Broncos!"

He said he has moved from shorter rides to long mountain climbs. He has completed the seven-day, 445-mile Ride the Rockies and the two-day MS 150.

"Initially, when I first got into Eyecycle, I was looking for something to do to make me look more like a Greek God and less like a sumo wrestler," he said. "Being blind is no barrier if you don't want it to be."