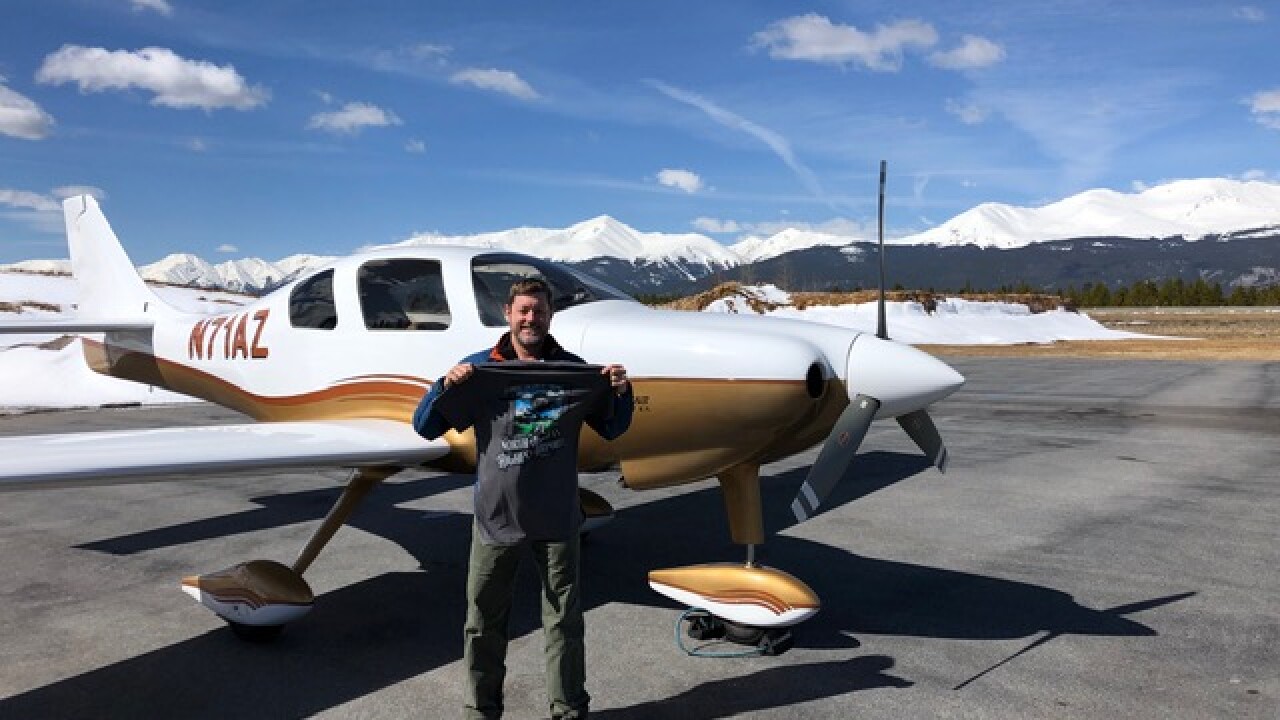 A Colorado native recently broke the world record for the fastest flight from the highest airport in North America to the lowest.

The route is about 530 miles long, from Lake County Airport in Leadville, which sits at about 9,933 feet, to Furnace Creek Airport in Death Valley, California, which is 210 feet below sea level.

On June 1, Colorado native and pilot Kent Holsinger took off out of Leadville in a Lancair Super ES airplane powered by a 310-hp piston engine. The flight’s record was threatened by winds, snow, equipment issues and trouble communicating with air traffic control, Holsinger said.

After three hours and 13 minutes, he landed in Death Valley. The average speed of the flight was 164 mph.

The route took him over or near 17 wilderness areas, five national forests, three national parks, two national recreation areas, two Indian reservations, one national wildlife refuge and five state parks. He said he hopes the flight helps raise awareness on the importance of these natural areas.

“These natural resources are vital for jobs, communities, the economy and our nation,” he said.

Holsinger said he uses the airplane frequently in his law practice, which is a boutique natural resources firm that focuses on lands, wildlife and water law. He fulfilled his lifelong dream of becoming a pilot in 2009.

“With this flight, I intend to celebrate not only the natural beauty of our western landscape, but the importance of the natural resources that are critical to our food, fiber, energy and light,” Holsinger said. “Thanks to the best technology and the toughest environmental laws in the world, we can celebrate not only the beauty and history of these lands but the resources they produce.”

Holsinger’s flight was sanctioned by the National Aeronautic Association. The NAA and Fédération Aéronautique Internationale will review documentation of the flight to certify it as an official record.