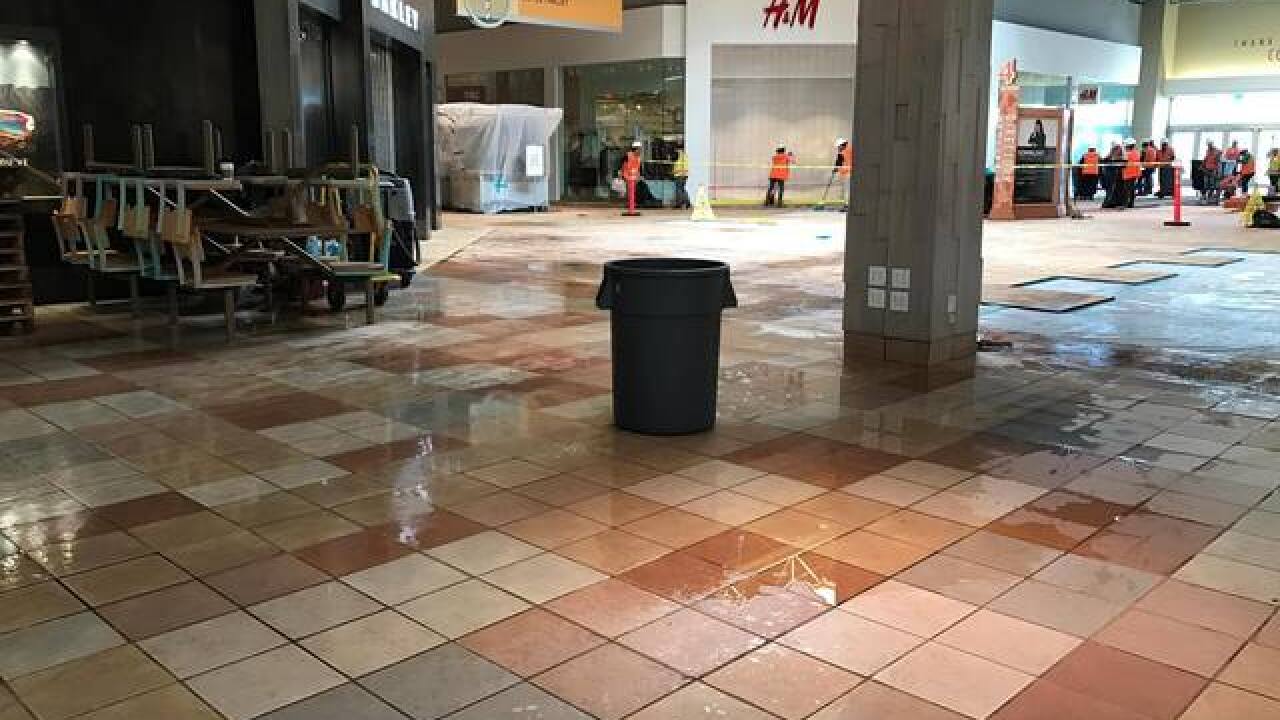 LAKEWOOD, Colo. – A shopping mall that was badly damaged during a severe hailstorm in May says it hopes to have most of the facility open for the busy Thanksgiving weekend.

Colorado Mills closed to the public because of the May 8 storm, which broke out skylights and caused extensive water damage throughout the building.

Stores with external entrances, such as the Super Target, Dick’s Sporting Goods and UA Colorado Mills Stadium 16 IMAX & RPX, have since reopened. Internal common areas and stores with only internal entrances remain closed.

The mall’s parent company, Simon Property Group, said on Monday that it aims to have the majority of common areas and as many stores as possible open on Black Friday, even though repair work isn’t finished yet.

“We have elected to re-open the center as soon as possible in order to put retailers back in business and their employees back to work with the understanding that portions of the restoration will not be completed,” the company said in a statement.

Repair work will continue during evening hours through the holiday season and the mall expects to hold a grand reopening sometime in 2018.