Thursday is the Great American Smokeout 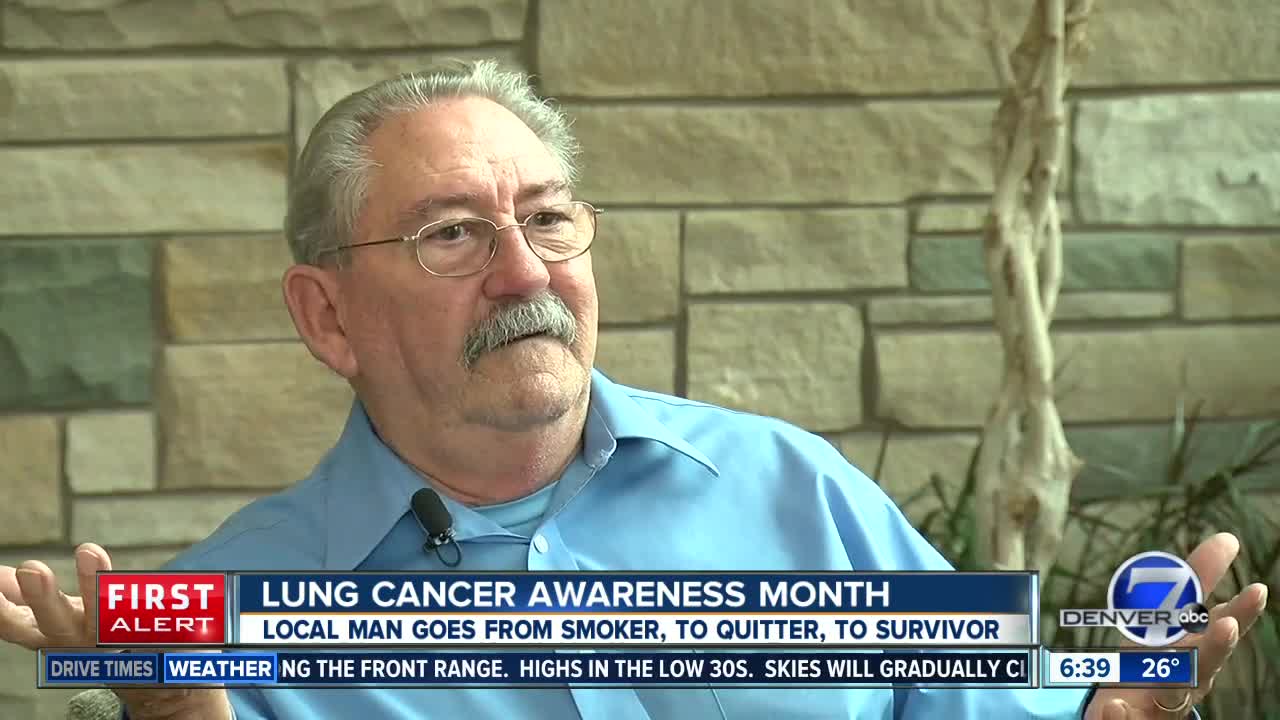 James Farlett began smoking as a teenager, and continued the habit for more than 50 years. He says he tried everything to quit, from nicotine patches, to hypnosis. But it wasn’t until his lung cancer diagnosis this year that he was finally able to quit.

PARKER, Colo. — James Farlett began smoking as a teenager, and continued the habit for more than 50 years. He says he tried everything to quit, from nicotine patches, to hypnosis. But it wasn’t until his lung cancer diagnosis this year that he was finally able to quit.

Once the Parker resident became eligible for Medicare, a doctor urged him to get a CT scan of his lungs. Insurance covered the cost, so Farlett started getting regular screenings. The scans were clear until 2017, when a small spot appeared in one lung.

In August, James underwent a surgical biopsy at Sky Ridge Medical Center in Lone Tree and learned he had lung cancer. He was back in the operating room within weeks to remove half of one lung. The surgery was a success.

“We can go in and remove these areas much earlier than we used to be able to in the past, and all of that ultimately leads us to diagnosing and treating lung cancer at a much earlier stage,” said Dr. Jess Joymon, a cardiothoracic surgeon who performed James’ surgery.

Joymon says the problem with many cases of lung cancer is that they aren’t diagnosed until the patient is already showing symptoms. By then, the cancer is much more likely to be fatal.

“Lung cancer is actually the number one killer of patients, in terms of cancer, in the U.S.,” said Joymon.

Approximately a quarter of a million new cases of lung cancer are diagnosed in the U.S. each year, and there are between 100,000 and 150,000 deaths from lung cancer each year.

Dr. Joymon says the No. 1 thing people can do to prevent lung cancer is to never smoke, or quit smoking as early as possible.

As a lifelong smoker, Farlett feels lucky. His cancer diagnosis finally allowed him to kick the habit.

“I haven’t had a cigarette since,” said Farlett. “They said I had such a traumatic experience that my mind literally wiped the thought of ever smoking,” he said.