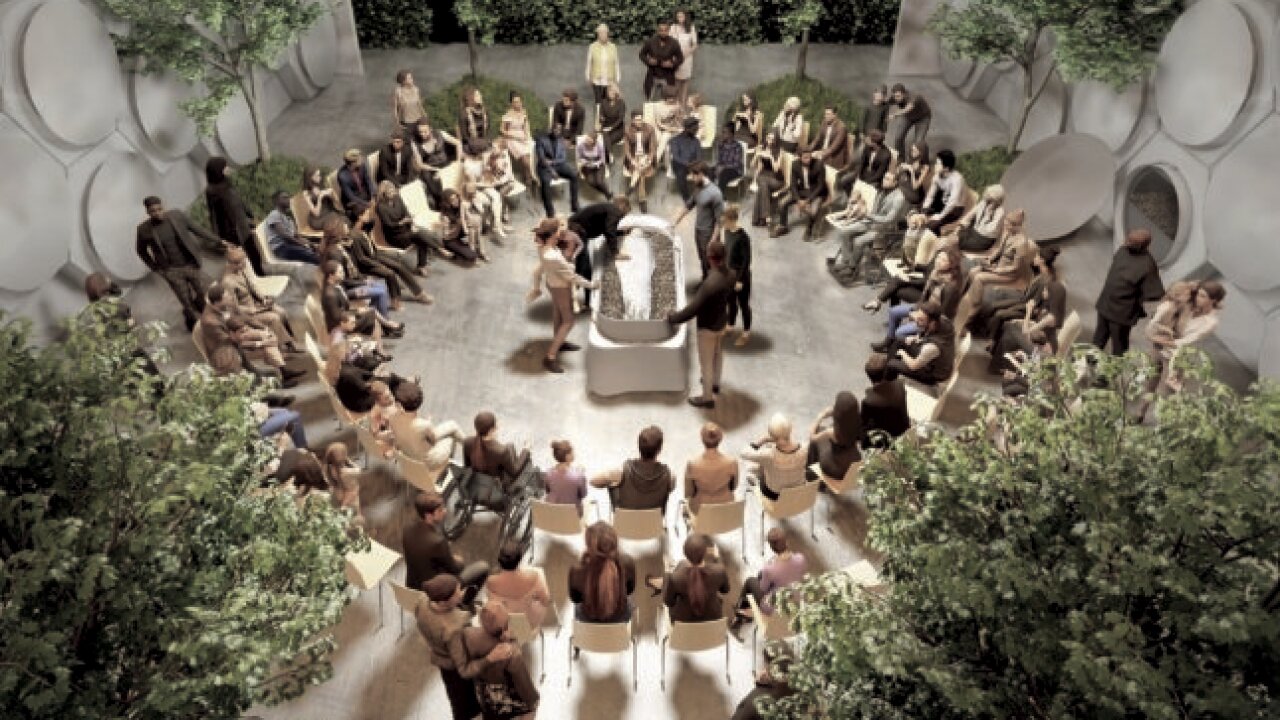 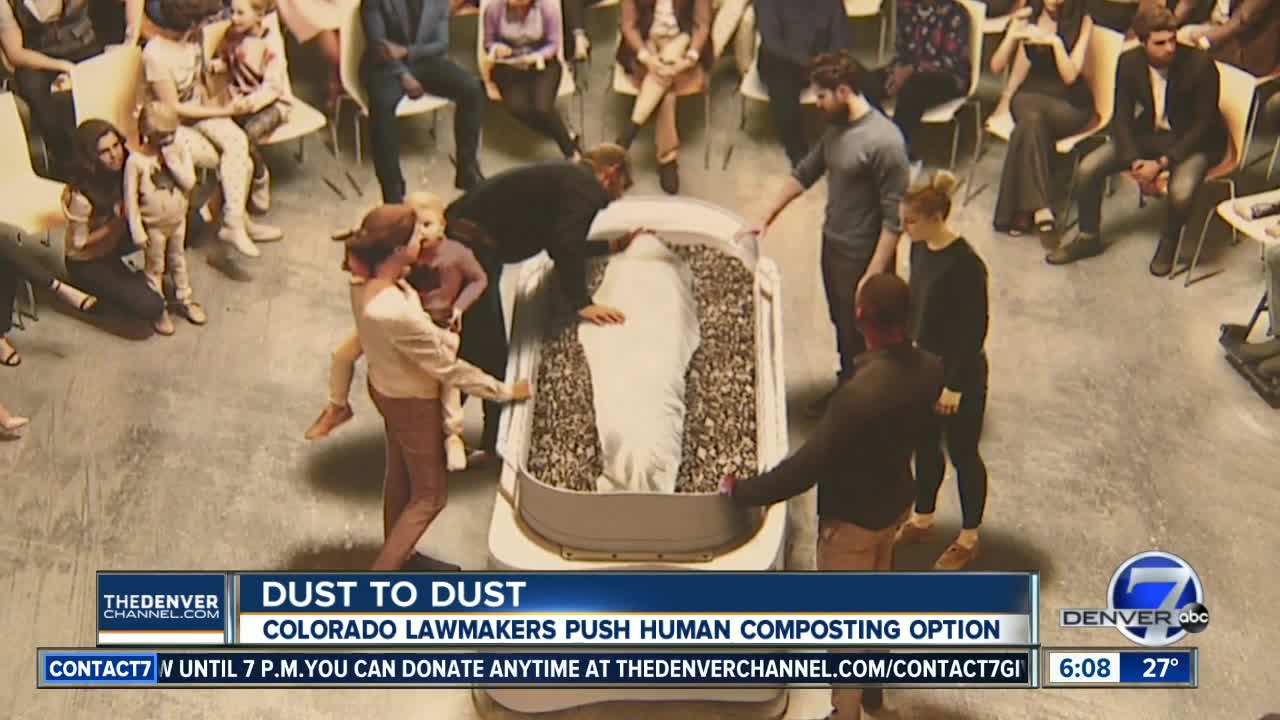 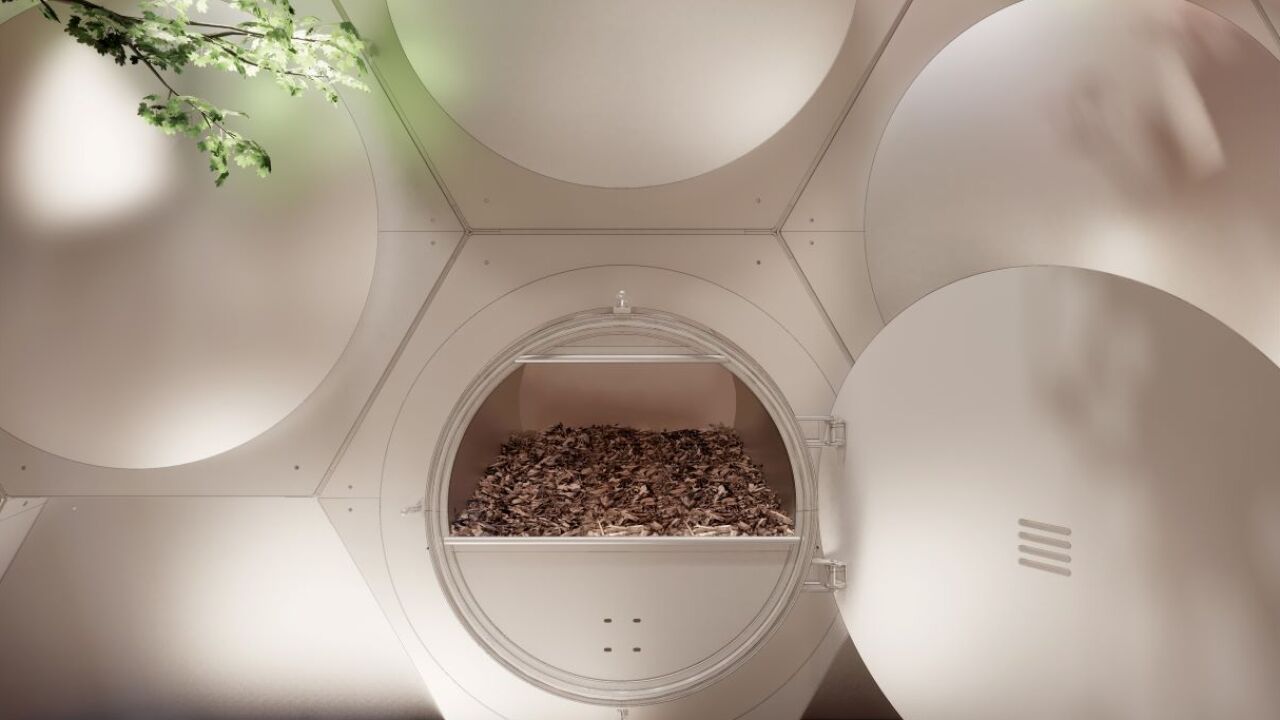 DENVER -- It can be difficult for families to talk about death and what to do with a loved one’s remains after they pass away.

It’s a conversation Wendy Deboskey and her husband have had before. The couple is planning for their own deaths in the hopes of making the process easier for those they leave behind.

“I don’t want to be buried in a cemetery with a tombstone,” Deboskey said.

For a while, Deboskey believed cremation was her best option. When the couple started seriously considering their options, researching and discussing their end of life wishes with a professional though, she realized the cremation process is not environmentally friendly.

“I started checking into the carbon footprint of that and so I didn't want to be cremated,” she said.

Deboskey considers herself an environmentalist; she uses reusable bags and hybrid cars to lessen her carbon footprint on the planet. She’s the kind of person who carries reusable containers into restaurants to take her leftovers home to compost.

The idea that her last act on the planet would pollute it wasn’t something Deboskey wanted. That’s where Katrina Spade comes in. Spade is the founder of Recompose, a company that offers a sustainable way to dispose of remains.

“There are a lot of people out there that are not excited about cremation or burial and they’re sort of craving another option,” Spade said.

The company turns the body into soil in a process called natural organic reduction. The body is laid on a bed of woodchips and straw and then covered with it in a pod. Moisture helps the body decompose into soil that can be planted. The process costs about $5,000.

It’s a similar process to one farmers and ranchers have been using for years to dispose of animal carcasses.

During a news conference Monday, Representative Brianna Titone and Senator Robert Rodriguez announced their intentions to introduce legislation that will allow this process to be legal in Colorado.

READ MORE: Dust to Dust: Green burials are a growing trend in Colorado

Rep. Titone believes this option is not only more sustainable, but also a good business opportunity for businesses since it would require woodchips and straw and return soil.

However, there’s already a way to sustainably dispose of a loved one and turn them into a liquid plant bio-stimulant. It’s called alkaline hydrolysis, a practice that has been legal in Colorado since 2011.

Ed Gazvoda is the co-founder of Sustainable Funerals, a startup that works out of a warehouse in an industrial area of Arvada. So far, he’s disposed of eight bodies.

The body is placed into a container with potassium hydroxide, water and heat, and dissolves into a nutrient-rich liquid in a matter of hours.

“This is the new life chamber and really what it does is, when we’re done, the body really does have new life,” Gazvoda said.

By the time the process is over, Gazvoda says there is no DNA material and the liquid can help grow vegetation.

Afterward, families can either choose to take the plant bio-stimulant with them or leave it for him to dispose of at a farm. Families are also given a bag of their loved ones bones to place in an urn, similar to cremation, as well as a tree to plant in their loved one’s honor.

Gazvoda says the chemicals used are environmentally-friendly and the process he uses exposes less mercury into the environment.

The process is one of the cheaper options available to families, costing about $2,500.

Talking about the end of a loved one’s life is never easy, but both Gazvoda and Spade hope their processes, and the promise of a sustainable decomposition, can help make the process easier for families.