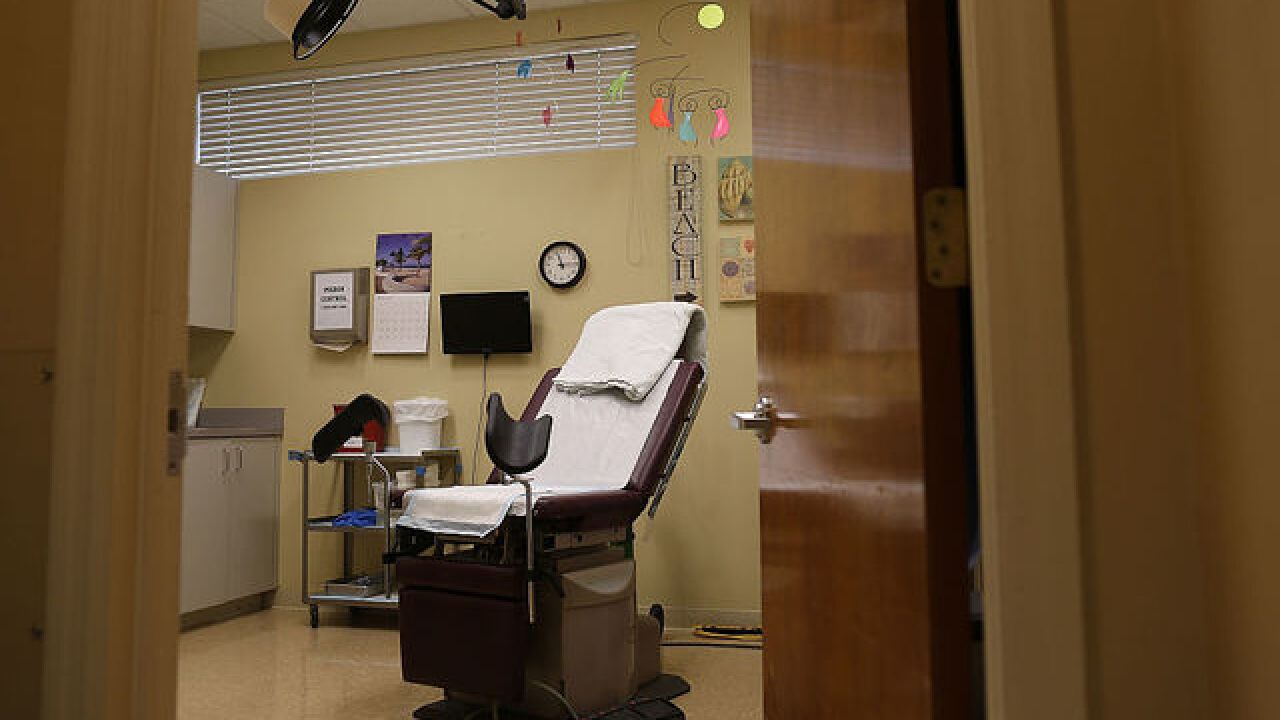 2015 Getty Images
Joe Raedle
<p>SOUTH FLORIDA - MAY 07: An examination room is seen at a women's reproductive health center that provides abortions on May 7, 2015 in a city in South Florida. The Florida State Legislature recently approved a bill mandating a 24-hour waiting period for women seeking abortions. The bill is now in the hands of Republican Florida Governor Rick Scott, who is expected to sign it into law angering pro-choice advocates who see it as another instance of legislatures trying to restrict a woman's right to legal abortion services. (Photo by Joe Raedle/Getty Images)</p>

DENVER – The proponents of a proposed ballot initiative to ban abortions after the 22nd week of a woman’s pregnancy saw their measure approved for circulation Thursday by the Colorado Secretary of State’s Office.

Erin Behrens and Guiliana Day, the backers of the measure, will now be able to begin collecting signatures on this version of the petition, which was filed in August after a different one that made performing an abortion after 22 weeks a felony was rejected.

The version approved on Thursday would make it illegal for a physician – or anyone – to perform an abortion or attempt to if a fetus’ probable gestational age is at least 22 weeks.

It includes exemptions if a woman’s life is at-risk but says that physicians would have to confer with one another before performing said procedure.

The measure says that anyone who broke the rule would be guilty of a class 1 misdemeanor, which would only be punishable by fine and not jail time. Physicians who performed abortions outside of the 22-week window would also face disciplinary action by the state medical board and a suspension of their license of at least three years.

But the woman who received the abortion procedure would not be subject to criminal charges under the proposal.

Behrens and Day will have until March 4, 2020 to turn in the signatures they gather to see if the issue will make the 2020 ballot.

“Coloradans strongly believe that decisions on abortion belong between the patient and their doctor, not with politicians,” she said in a statement. “Colorado voters have consistently protected reproductive rights both in law and at the ballot box for more than 50 years.”