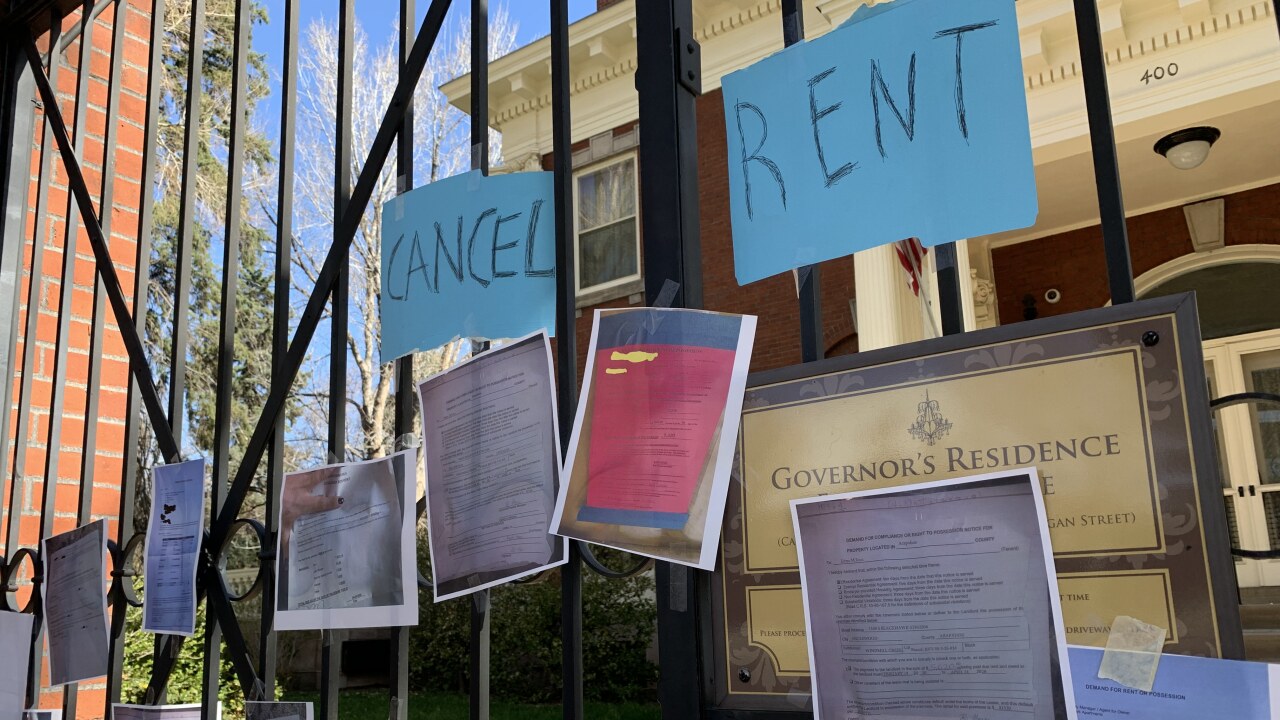 DENVER – Colorado Gov. Jared Polis on Wednesday reinstated a moratorium on evictions less than a week after he banned late fees for renters.

Polis hinted in a news last week that he would extend the eviction moratorium as part of the final implementation of the 10-member Special Eviction Prevention Task Force’s recommendations. The governor had put a moratorium in place when the pandemic hit this spring but allowed it to lapse in June.

"We must take additional steps to provide relief to Colorado renters and small businesses,” Polis said in a statement Wednesday.

The Centers for Disease Control and Prevention (CDC) in early September issued a nationwide eviction moratorium through the end of the year for people who could not pay rent because of the pandemic, but judges can determine on a case-by-case basis whether certain tenants are protected by the national moratorium.

In Colorado, advocates have called for Polis to reinstate a statewide moratorium on top of the national one to further protect people facing evictions or who cannot pay their full rent because of job or hour loss caused by COVID-19. The statewide unemployment rate was 6.4% in September – double what it was before the pandemic, the state announced Tuesday.

The Special Eviction Prevention Task Force recommended in September the governor require landlords in Colorado provide notice of the CDC moratorium and a declaration form with rent demands before starting the eviction process.

The task force’s report, issued last week, said that the CDC moratorium would not prevent up to 25,000 households from “likely … moving through the eviction process beginning in January 2021” based on eviction trends from October through December of last year, as well as trends from March through September of this year.

All members of the task force supported noticing of the CDC moratorium, which was made in late September. And most of the task force members, save for three, supported Polis enacting a statewide eviction moratorium that would cover leases that end by the end of 2020, month-to-month leases, and lease violations deemed “non-substantial” by the state.

According to Gov. Polis’ Wednesday executive order, landlords will not be able to start the eviction process against people who can demonstrate they are experiencing “financial hardship due to COVID-19.”

That means, according to the order, that a person is using their “best efforts to obtain government assistance for rent or housing,” that they expect to personally make less than $99,000 as an individual or $198,000 as a household in 2020; that a person is unable to pay their full rent because of loss of income, hours or out-of-pocket medical expenses; that they are doing their “best efforts” to make timely partial rent payments and that they face a threat of becoming homeless with no other options.

It applies to long-term leases and month-to-month leases, but still allows for people to be evicted if they pose an “imminent and serious threat to another individual” or if they cause significant damage to their landlord’s property — an assessment that would be performed by a judge.

Per the executive order, the state Department of Local Affairs is directed to create a form that people will have to fill out to demonstrate financial hardship under the threat of perjury.

There is a state Emergency Housing Assistance Program that renters and landlords may also use. As of Oct. 2, the program had provided nearly $2.5 million toward nearly 1,200 households. And the landlord assistance program had served nearly 5,000 households with almost $8 million, according to the task force.

The task force report said that 150,000 Coloradans are cost-burdened and about one-third would typically receive an eviction filing during non-pandemic times and that between 150,000 and 230,000 households in the state could be at risk of eviction by the end of the year.

The governor’s Wednesday executive order is in effect for 30 days, per state law, but can be extended. A news release from the governor’s office Wednesday said that the new executive orders implement the task force’s remaining recommendations and that Polis “has committed to keeping these Executive Orders in place until December 31, 2020.”