DENVER — The state’s heavy flu season appears to be loosening its grip on Colorado, according to data from the Colorado Department of Public Health and Environment.

The latest numbers from the Colorado Flu Report shows flu hospitalizations continue to decline since peaking in December. 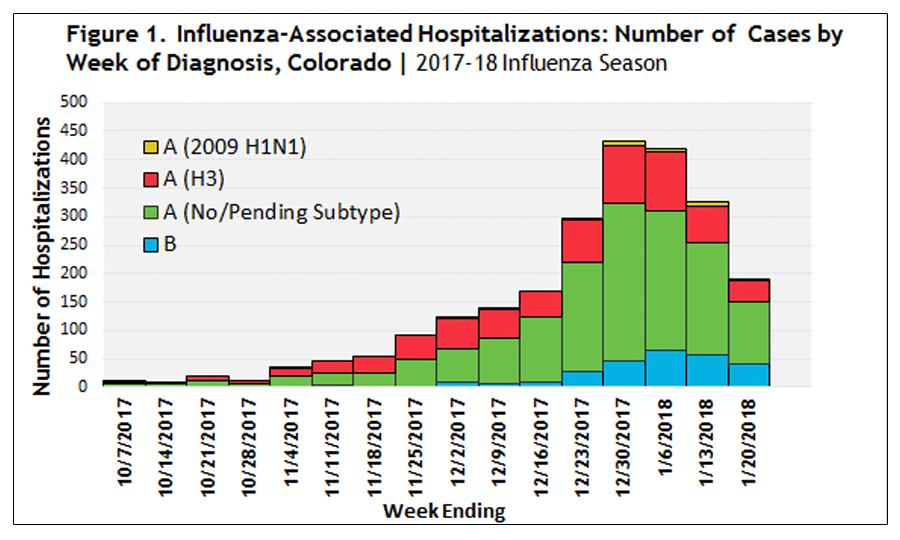 Despite the apparent decline, 197 additional hospitalized influenza cases were reported last week, which puts the total number of hospitalizations since the beginning of the season at 2,366.

Colorado has had three times its normal number of hospitalizations this flu season.