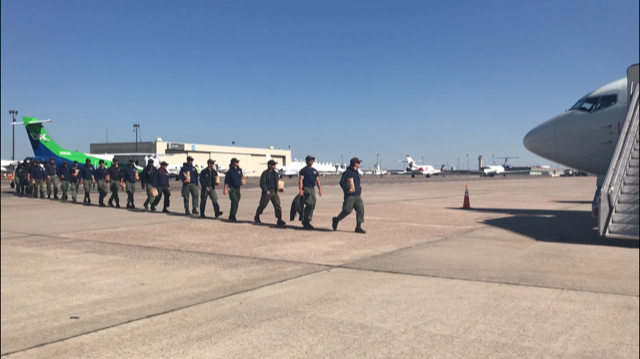 100 firefighters from Colorado and Wyoming went to Edmonton, Canada Wednesday morning to help fight wildfires in that region. 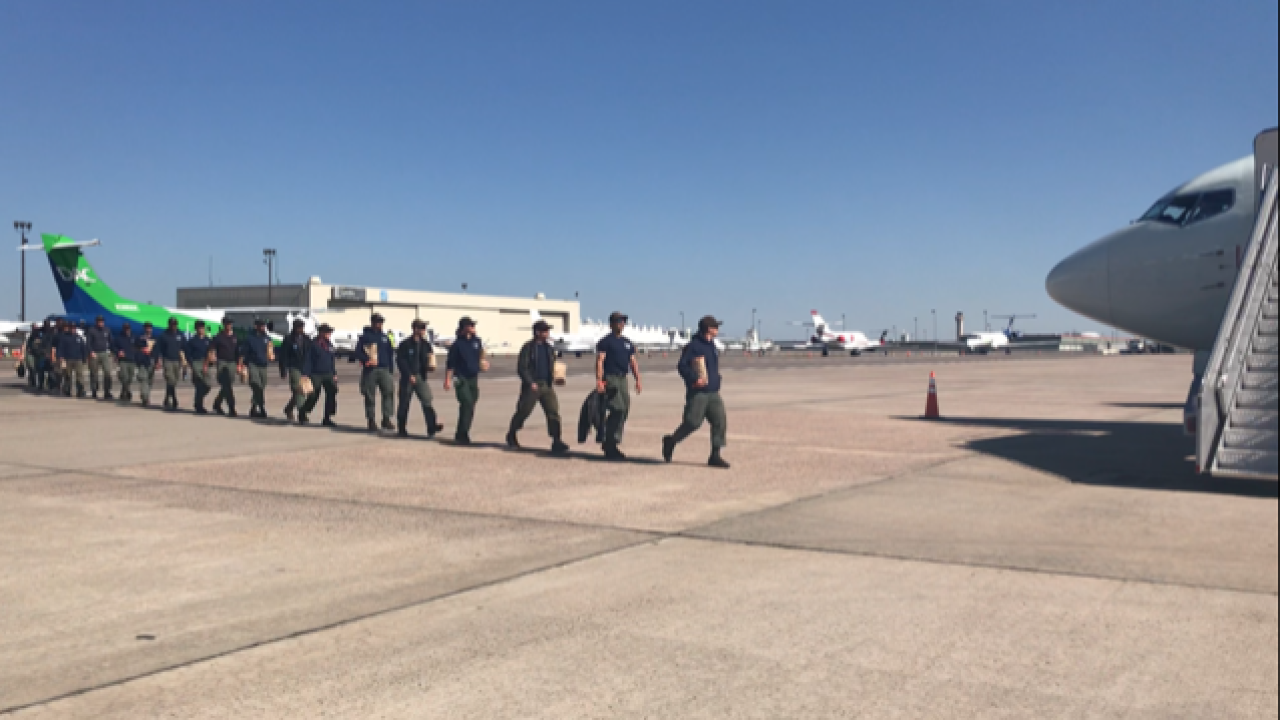 DENVER — 100 firefighters from Colorado and Wyoming went to Edmonton, Canada Wednesday morning to help fight wildfires in that region.

This is a part of the "Canada/United States Reciprocal Forest Firefighting Arrangement” that dates back to 1982.

Starting at 7:00 a.m., five crews made up of 20 firefighters began arriving at Denver International Airport and preparing their gear for their flight.

“It’s a first for almost everybody. Generally we stay in the United States or Alaska and so whenever we heard it was to Canada, we were all pretty excited," said Heath Morgan, crew leader from Wyoming.

From just a few seasons on the job to 20 years of experience, most were ready to put their passports and firefighting skills to good use.

“Once we have our tools and our chainsaws in our hands, we’ll be able to do our normal business, just up in Canada," said Pike Hotshots Superintendent David Smallman.

“The snowpack was definitely up this year, rivers are running, everything’s greened up really well…there has been some local things going on but it’s a good time for us to support somebody else," Smallman said.

Last year, the U.S. received support from New Zealand and Australia to help fight the deadly fires in California and in other parts of the country.

The usual deployment time for these types of assignments is 14 days plus travel.