Colorado family talks about mountain lion attack on 8-year-old boy: 'It was just chewing on him' 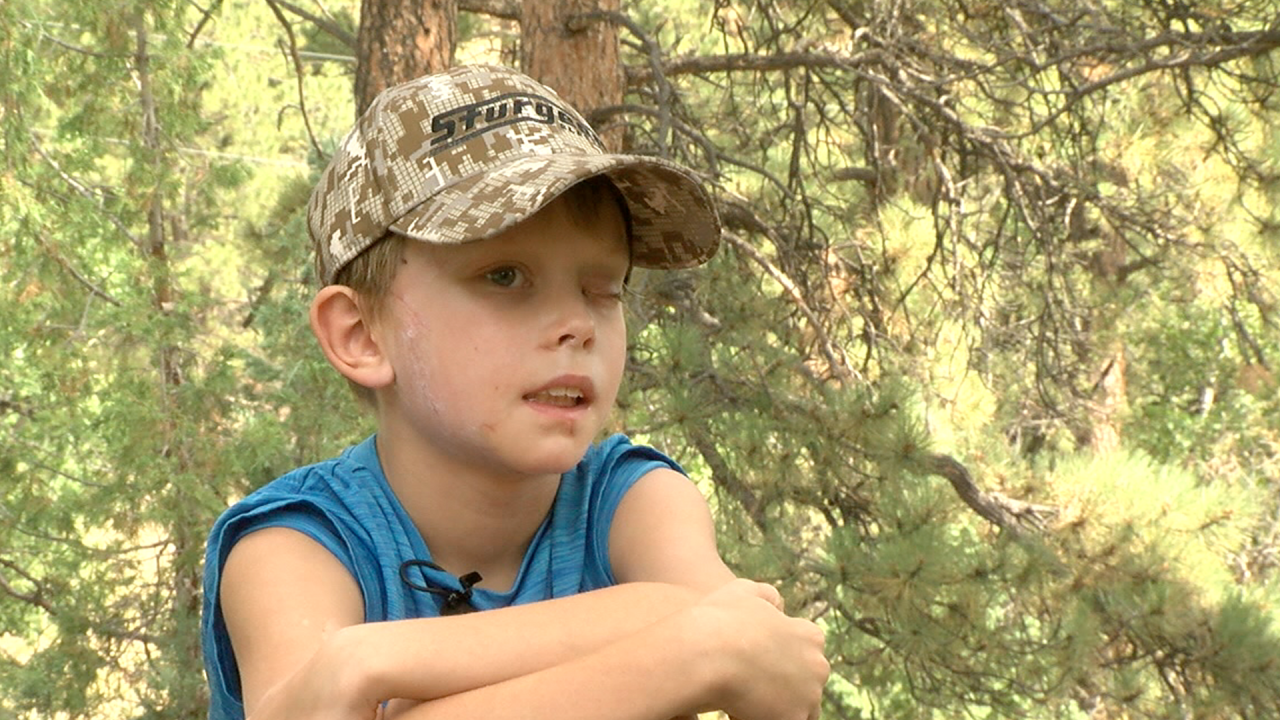 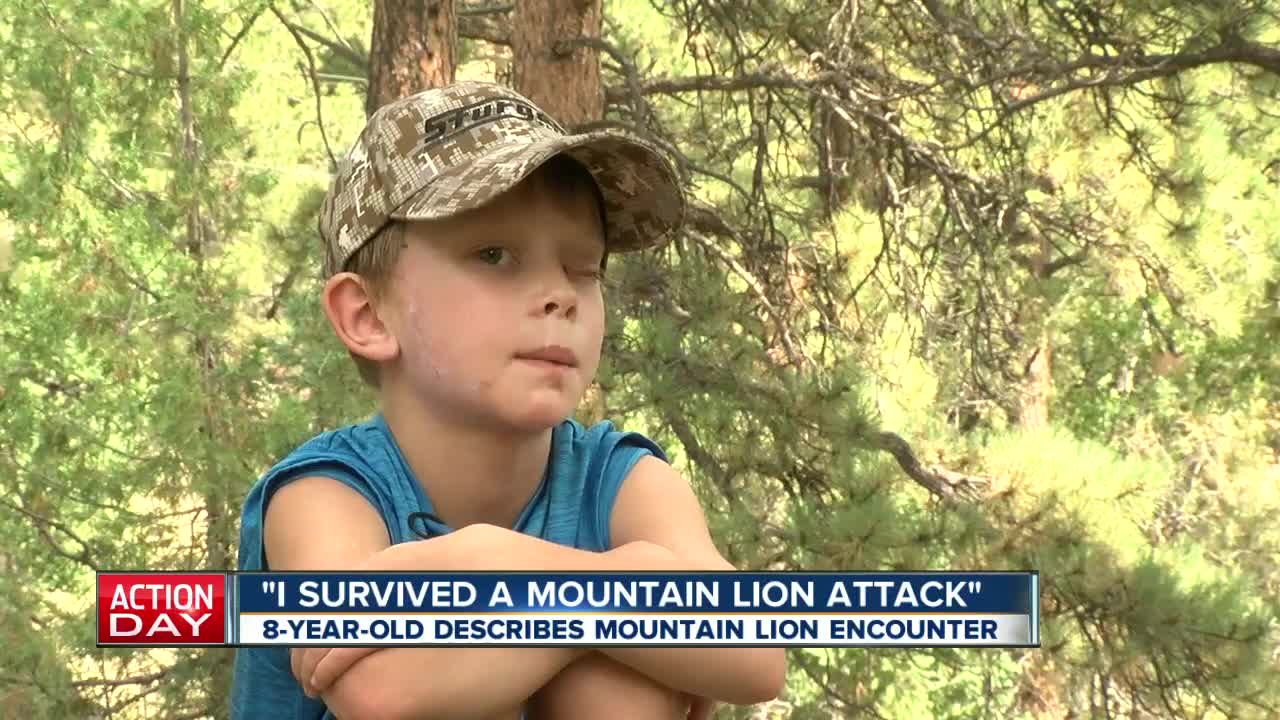 DENVER — The Bailey boy attacked by a mountain lion last month is out of the hospital and recovering at home.

The 8-year-old and his parents talked about the August 21 attack with Denver7 on Saturday.

Pike Carlson was playing on the family's trampoline with his older brother when a neighbor called him over.

Pike jumped off the trampoline and made his way through a wooded area to the neighbor's home, unaware the cat was tracking his every move.

"Right when I yelled for help, it pounced on me," Pike said. "And me and the mountain lion rolled down the hill."

Colorado family talks about mountain lion attack on 8-year-old boy: 'It was just chewing on him.'

His older brother heard the screams and went for help.

Armed with only a pocket knife, Pike's father, Ron Carlson, came running into the woods.

"It (the mountain lion) was just chewing on him," Carlson said. "That's the motion I picked up, and that made me snap."

"All you know is your child is in danger," Carlson continued. "And you can't let that continue, and you're going to do whatever it takes to take care of them."

The mountain lion took off but not before cracking Pike's skull, jaw and orbital bone, requiring 62 staples.

He'll still need surgery on his eyelid, but this little boy is more worried about reassuring everyone else.

Colorado Parks and Wildlife officers captured two lions and euthanized them, one of them was directly linked by DNA testing to the boy's attack.