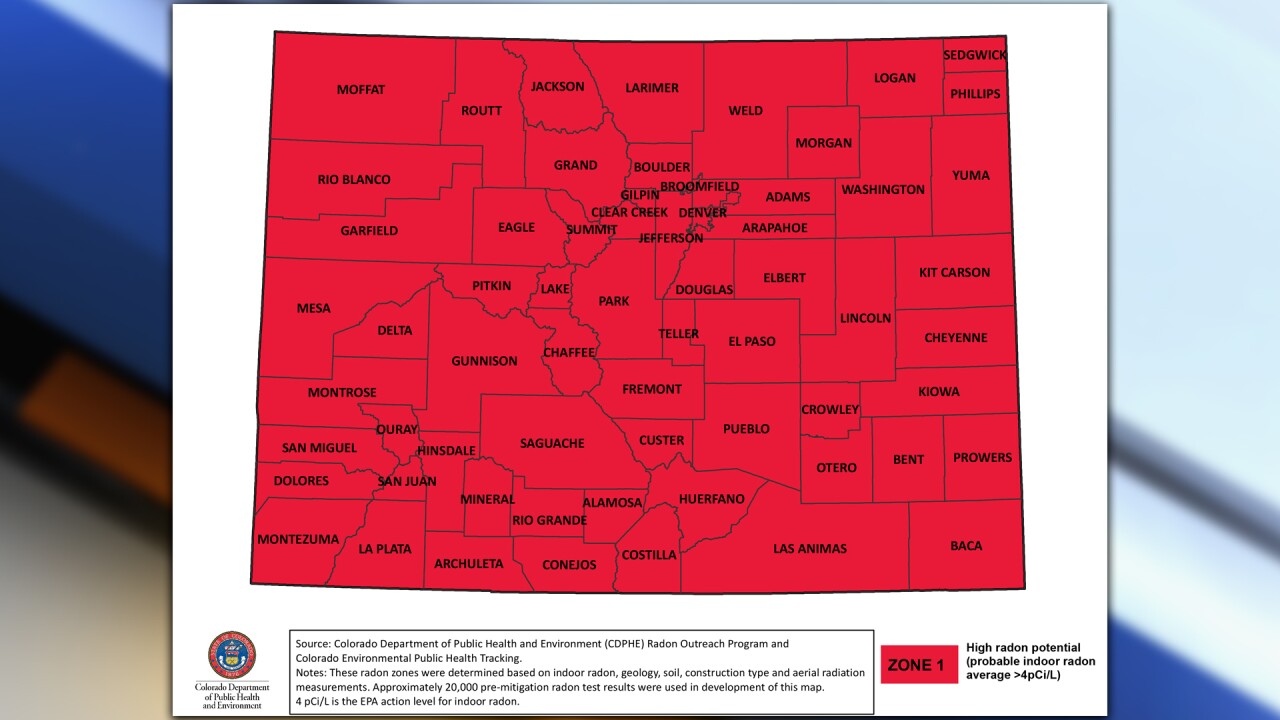 Copyright 2019 Scripps Media, Inc. All rights reserved. This material may not be published, broadcast, rewritten, or redistributed.
As this map from the Colorado Department of Public Health and Environment shows, there is potential for high levels of radon across Colorado.

DENVER — It took less than a day for the State of Colorado to run out of free radon testing kits.

As part of National Radon Action Month, the Colorado Department of Public Health and Environment announced last week that it was offering the kits free of charge to homeowners who want to find out if their home has high levels of radon.

All 6,000 kits the state had in its budget were claimed in less than 12 hours, said CDPHE spokeswoman Meghan Hughes.

Testing kits are still available for purchase at a discount through the state here.

Some Colorado counties also are offering free radon testing kits and may still have some available.

Radon is a naturally occurring radioactive gas that comes from soil and it is the second-leading cause of lung cancer behind smoking. About half of Colorado homes have radon levels that exceed federal recommendations and the gas is responsible for an estimated 500 lung cancer deaths every year in the state, according to the state.