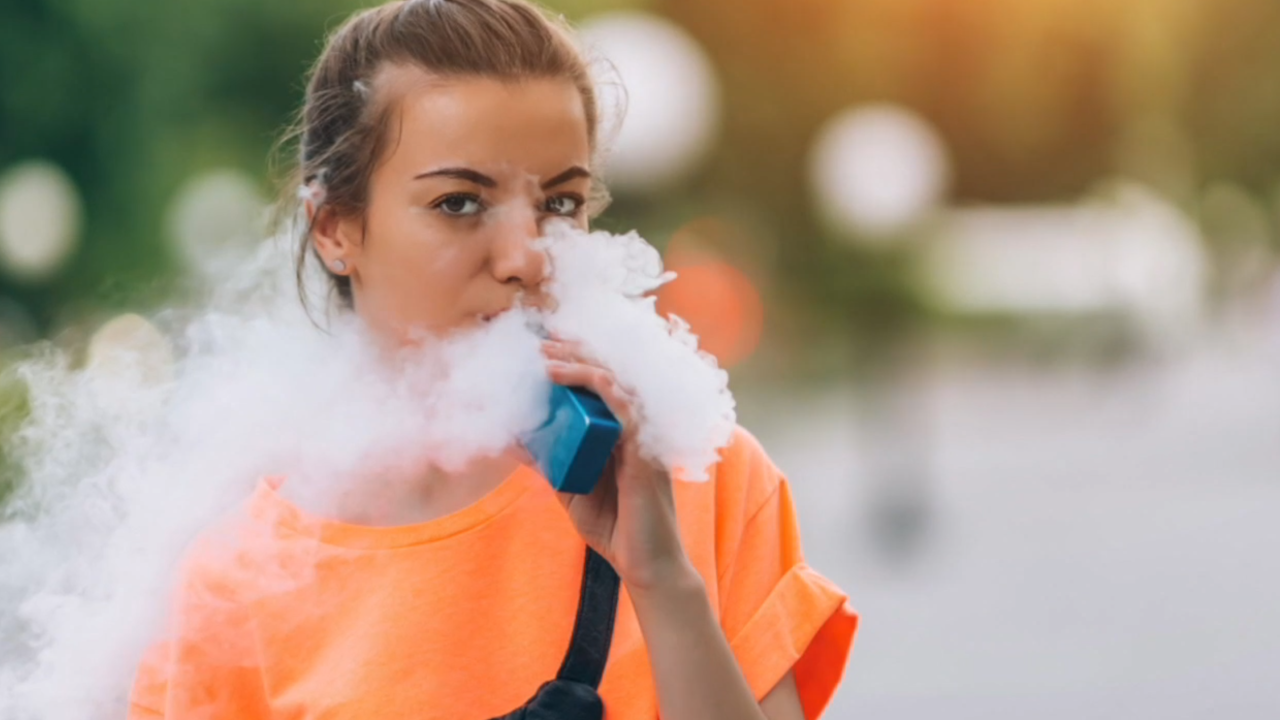 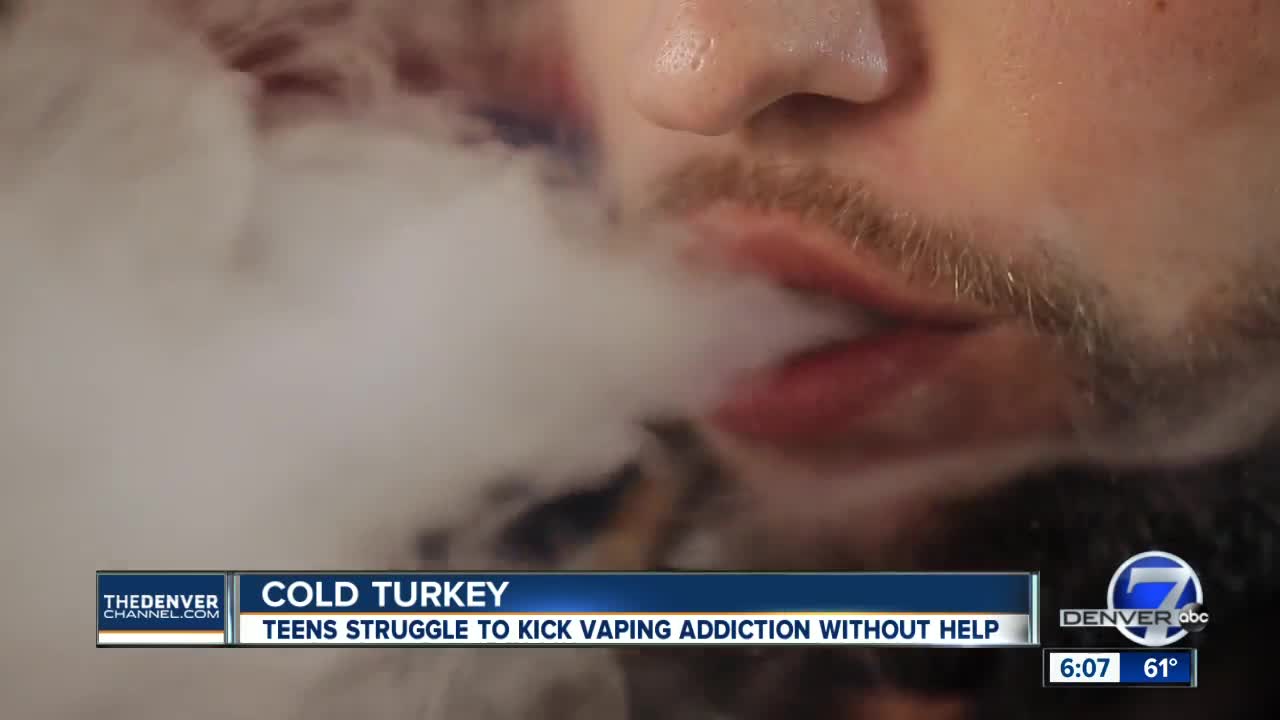 DENVER -- News this week of a suspected first-ever vaping death in Colorado has some calling on the governor and state leaders to address the crisis immediately.

One legal pitfall of new 21-and-over laws is a lack of products available to help teens quit.

Ethan Eckhard, 20, is desperately trying to kick the habit like many of his peers.

"At least 50% of my friends vape or smoke cigarettes," Eckhard said.

When Eckhard turned 18, he picked up a Juul and started vaping.

"It was legal the entire time that I was becoming addicted to nicotine,” he said.

Then, a few months ago he decided enough was enough. First, he tried to quit cold turkey.

“Tried that and it didn’t work,” Eckhard said.

Then, his parents suggested nicotine gum and patches.

"I'd never even considered that before, but once I started trying that - in the process of quitting - that was the first time I had hope I was actually going to be able to quit," Eckhard said.

But now, at just 20 years old, Denver's new law raising the tobacco age to 21 has had some unintended consequences for Eckhard and others underage.

"But, that also includes nicotine gum and patches and lozenges," Eckhard said. "All the products created to help people quit nicotine."

Doctor's at Children's Hospital Colorado say that's a huge problem because there are now a lack of FDA-approved quit products for kids.

"We haven't researched what's the right quit response for kids,” said Dr. Robin Deterding at Children’s Hospital Colorado. “So, we don't know exactly what the right products are to substitute for nicotine for these kids who are addicted."

Without those, doctors and quit line specialists, like Thomas Ylioja at National Jewish Health in Denver, fear addicted kids will turn to the black market and amateur versions of the vape pens.

"We can't wait for clinical studies to come out and say this is what you have to do to treat it,” Ylioja said. “Because by then, we'll have half of or three quarters of youth using these products. We have to act now."

"It’s a well-intentioned law. They just left out a way for people to quit," Eckhard said.

Eckhard has found a solution.

"I've gone to my doctor and gotten an actual prescription," he said.

But he and others know that's a barrier many teens won't go through.

"The best solution is to lower the age limit for the products created to help people get off of nicotine," Eckhard said. “Otherwise, there are dangerous consequences. And I think abuse of those products is low risk because they aren’t enjoyable like vaping. They’re not fun. They don’t taste good.”